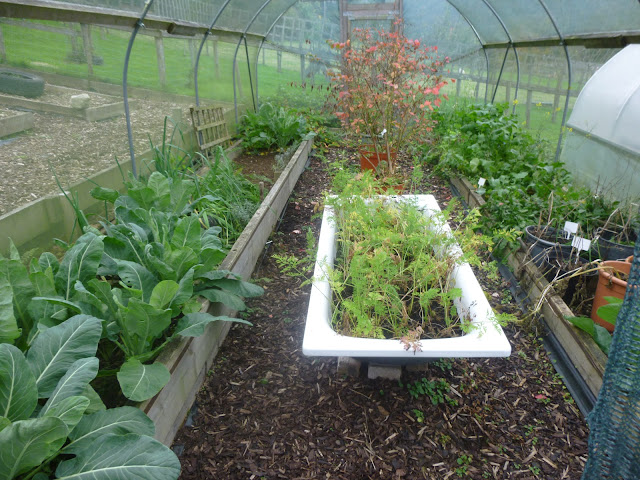 The Net Tunnel is a wild and wacky place at the moment, but there is food in there ... lots of lovely food.  Luckily most of it is the sort of foods that you leave in the ground and harvest as and when you need it, so it stays there until just then.

We have cauliflowers, cabbages, leeks, carrots, turnips and some potatoes that are still waiting to be tipped out.  I'm sure there are more bits and bobs but I can't remember and it's raining here too hard to go and check!! 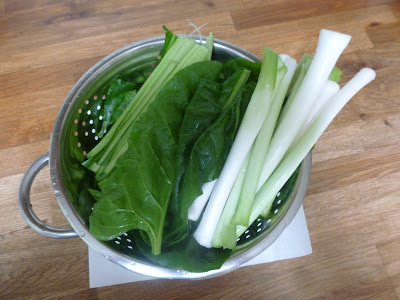 This week I am having two from the tunnels : 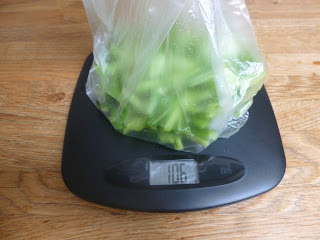 The Spinach stems washed and chopped, and then weighed before being popped into the freezer ready for soup making. 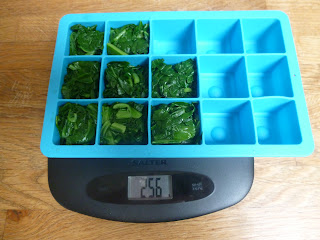 The leaves were briefly blanched and then chopped and are being frozen as cubes.

Two cubes make half of one of my five a day. 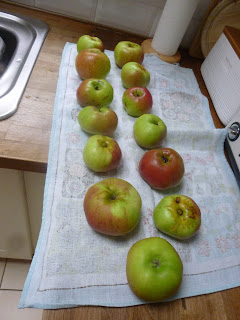 I have also chosen Apples as my other allowable three homegrown items each week.  Mostly because the winds of last week brought down ALL the apples from our young apple tree in the orchard and I wanted to use up the slightly bruised ones.  The others have been stored in the Apple Store in the shed.

But also because I want to up my fruit consumption slightly. 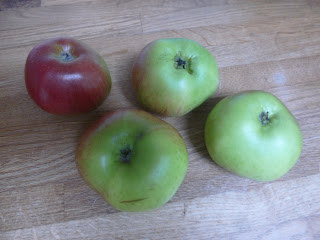 I chose the four that needed to be used first, they have been photographed 'good side up' but they were a bit bruised and needed dealing with straight away. 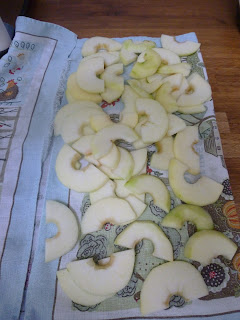 So they were peeled, cored, sliced and then dropped into salted water for a while.  Before being patted dry ... 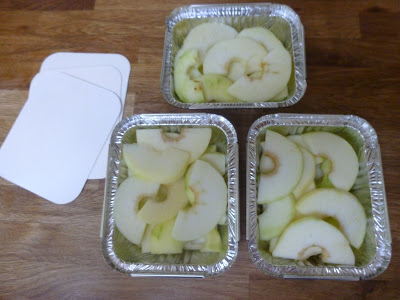 ... and boxed up ready for the freezer. 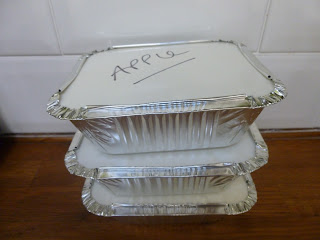 I think a spot of Apple Crumble is called for, or maybe a pie or pasty.