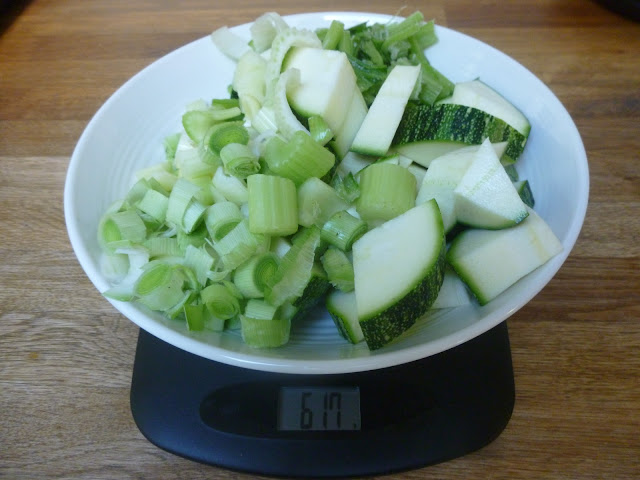 Soup from virtually nothing, that's what I'm calling this weeks batch of soup.

First I raided the fridge for all the bits and bobs in the salad drawer, I used the tail end of the celery and the dried ends of each stick, carefully wrapping what was left for use during the week.  I had half a marrow sized courgette left from last weeks soup and I chopped the splayed ends of each of the baby leeks I picked this week from the Net Tunnel ... and weighed these all out. 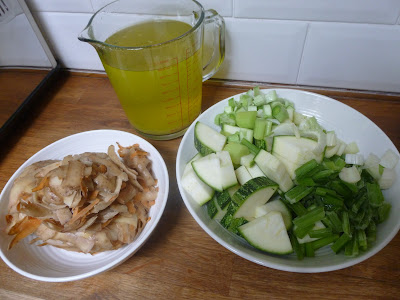 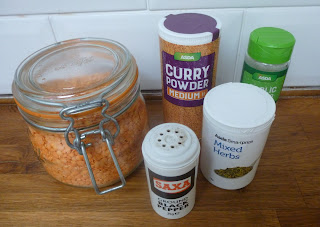 Then I added some flavourings from the cupboard, and a handful of red lentils for the protein punch they give. 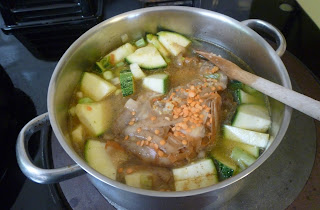 Everything was sauteed briefly and then the stock added and the whole lot was left to simmer away gently in the bottom oven of the Aga for a couple of hours. 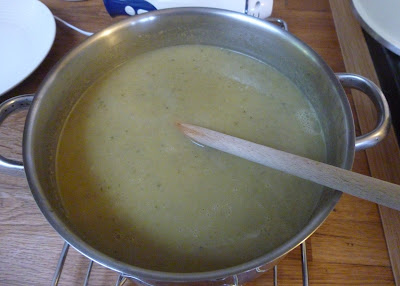 Once everything was nice and soft the whole lot was blitzed with a stick blender and became this pan of slightly murky coloured but absolutely gorgeous tasting soup.  Nothing wasted, nothing sieved out, served just as it was with some toast.

I got five good portions from my minuscule and almost free ingredients and each bowl counts as two of my five a day.