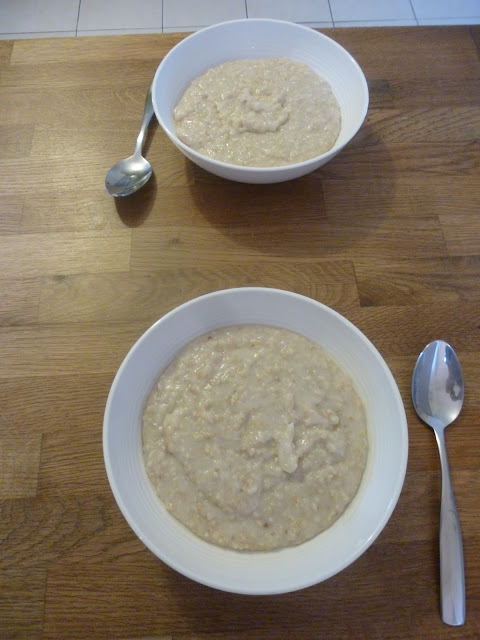 With some meals it would be churlish and time wasting to be measuring different portions from different places when we are eating together and eating the same thing  ... so I am being very open to what I've nicknamed 'swapsies'.

Our morning porridge for instance, we don't always both have porridge but when we do we either measure from my bag or from the jar on the shelf, then at the end of each week I count up the times I have eaten porridge and make sure what is left in my bag is the weight it should be. 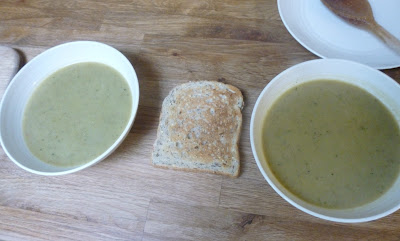 The other day Alan had a portion of my soup and the swap here was immediate.  For the bowl of soup I took a slice of his toast ... I was doing him a favour, my soup was a much tastier and healthier lunch then three slices of toast would have been. 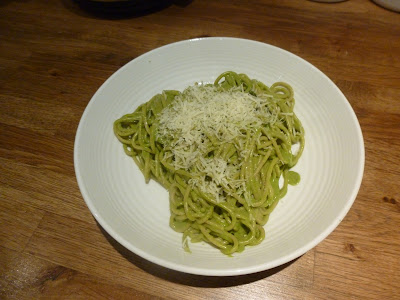 The night we had 'green spaghetti' I used my spaghetti to make both portions but then later I measured 100g of the white spaghetti that was in the pasta jar and added that, wrapped separately, to the bag of spaghetti on my shelf to keep the record straight.

I don't think we have made any slip ups yet.

As Alan is now eyeing up my soon to be Apple Crumble, I will have to think of a suitable swap for a portion of that.  But as Alan is away for some of this week my food will be mine, all mine and things will be a lot simpler.