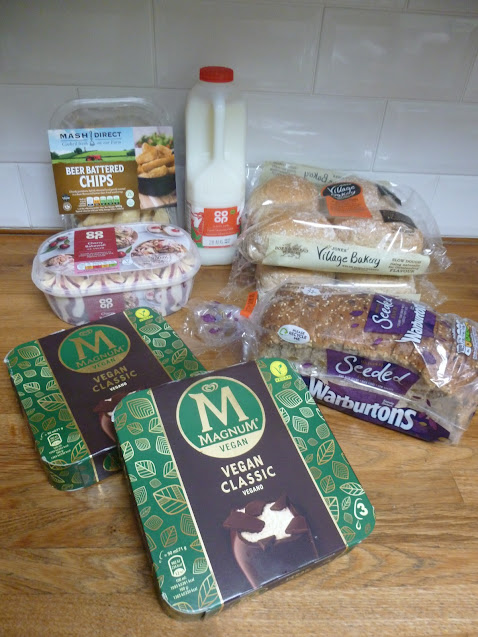 It all started with the self-service till at the Co-op asking me if I wanted to use my dividends.  Yes I clicked, I do.  I had gone to the local Co-op for some bread and some milk for Alan, and while I was there bought some treats for the weekend .  Wandering up and down the now one-way aisles means temptation reaches out at you,  so my shop ended up including two boxes of Magnums that were on special offer.
My total came to £13.90 and it turned out I had £12.65 in dividends.  So not too shabby ... the bread and the treats for just £1.25
It made me think what other vouchers, coupons or points have I got and not used while we have been busy paying contactless for virtually everything for the majority of this year and gotten out of the habit of handing over cash and vouchers. 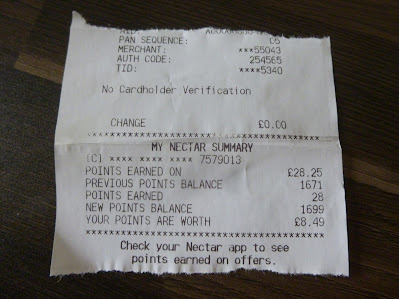 My last saved Sainsbury's receipt, tucked in the pocket of my bag showed me that I had £8.49 in Nectar points.  As far as I know you can only redeem these in £2.50 increments, which means I have £7.50 available to spend.  This amount made me think even harder ... it just screams Challenge Week!! 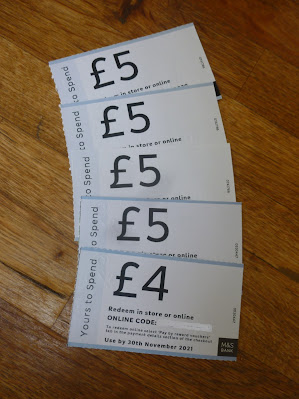 The Marks and Spencer's vouchers had built up nicely as I have no M&S near the Van to shop at.  There was a grand total of £24 gathered over the course of this year. 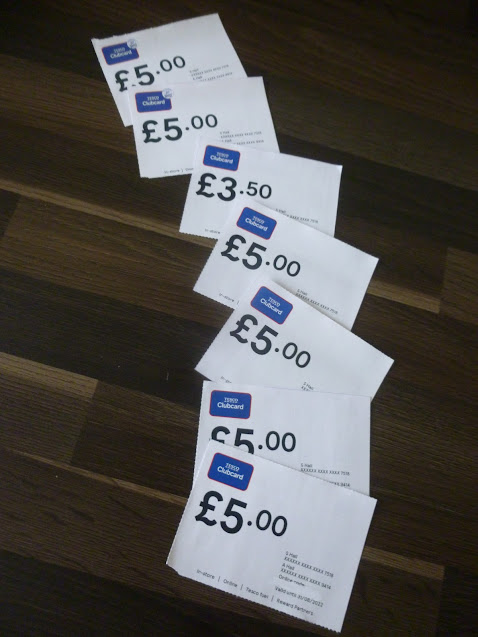 And WOW the Tesco grand total for the year ... again I have no Tesco near the Van ... along with the ones that arrived the other week is a smile inducing £33.50.
So what to do?
I decided that I would do something different with each of the sets of coupons and points to make things more interesting, and I would photograph and save the resulting purchases until they had all been completed and show you what I had been up to in the form of a mini Coupon Challenge.
I have now completed all but one of my little spend-athons, and it's time to let you in on what I did.
So today you see the Co-op spend.  Basics and treats for a grand total of £1.25.
Tomorrow it's the turn of  the Marks and Spencer's vouchers, and what I bought in the week following the Ration Challenge.
Sue xx
at 13:23