Day One - Starting at the Beginning 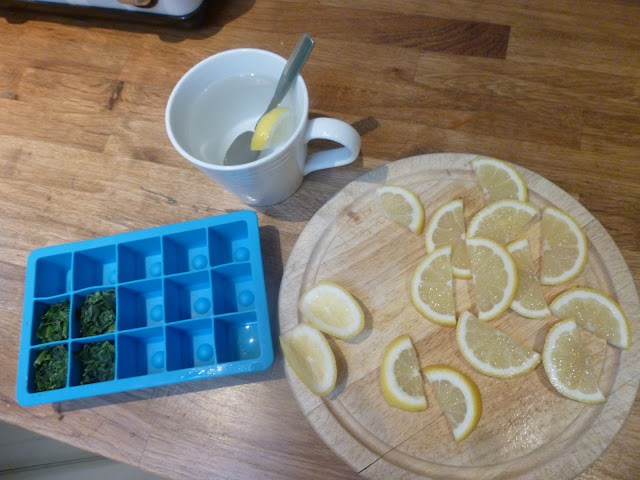 So the first thing to do on day one was to start at the beginning.

The first drink of my day is a cup of  hot lemon water.  Usually a slice of frozen lemon in a mug of hot water.  For the duration of this Challenge... and who knows if it works out well for the future too ... I have reduced this to half a slice of lemon in my mug of water.

I even squeezed the very ends of my sliced up lemon into my ice-cube tray to give me a bit of juice to add to a recipe later on in the week. 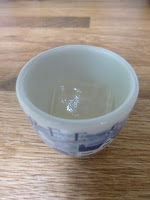 An hour later it looked like this and when the frozen spinach cubes were bagged up I put the little lemon sliver into an egg cup and back into the freezer. 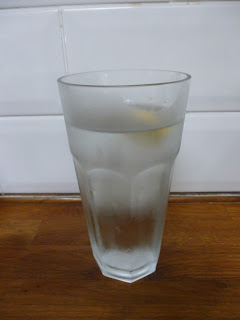 Every day after I have drunk my lemon in hot water the lemon slice gets popped into a glass and lives in the fridge for the day, having either sparkling or tap water poured over it numerous times to give me refreshing and slightly lemony drinks.  This week will be no exception and I will be making full use of the half lemon slices. 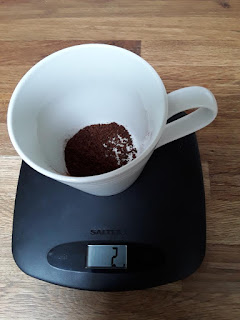 My next job on this the first day of my Challenge was, just for my own curiosity, seeing how much one of my normal spoonfuls of Nescafe coffee weighed in at. 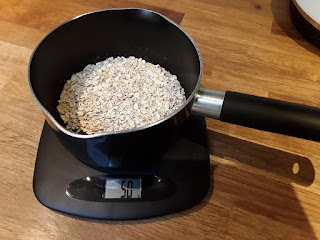 Next on the scales was the porridge oats to see what a 50g portion looked like. 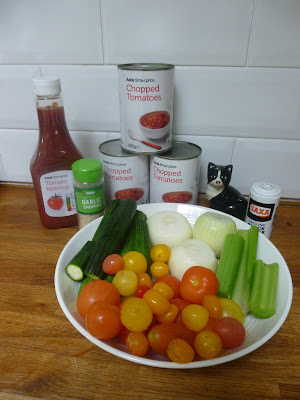 Then I got started making a large pan of Pasta Sauce, a nice rich tomatoey sauce to be used in a few different recipes, but called Pasta Sauce for ease.

These were the ingredients ... 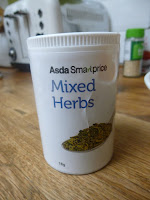 ... and then I remembered my Mixed Herbs and these were added. 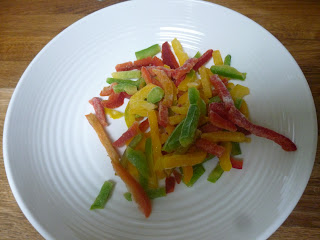 After half an hours cooking I added in 100g of the frozen chopped peppers, for added goodness, added flavour and another of my 5 a day.

The total weight of vegetables that count towards my five a day was 2117g which is equal to 26 of my 5 a day servings for the full pan of sauce. 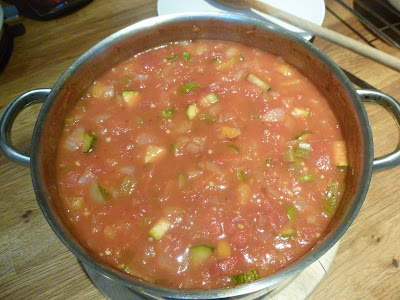 After another hour or so in the bottom oven of the Aga this is what my sauce looked like.  Cooling down on the worktop ready to be portioned up.

In the end I got 6 portions from this, which works out that each portion I use will be 4 of my five a day.

Photos of my days food coming next.