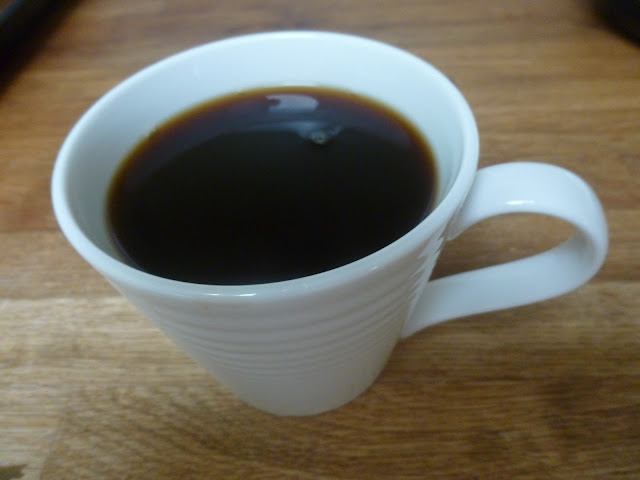 Gosh we woke up late today, so instead of my usual hot lemon water it had to be a coffee to kick  start the day with a shot of caffeine. 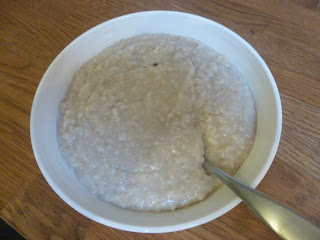 Followed an hour later, after cleaning out the chickens and giving them some corn by a rather tasty bowl of porridge. 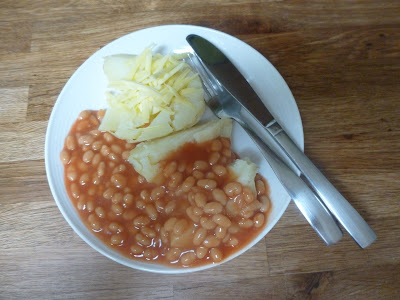 My largest potato microwaved for a couple of minutes and then finished off in the Aga while Alan's bacon was cooking, eaten with half of one of my tins of beans and some spread and grated cheese. 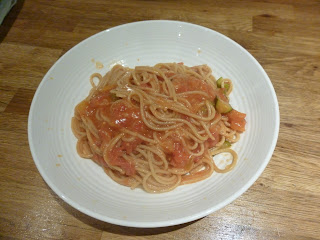 It doesn't look much here but I put it into one of our larger bowls as Alan was having some too with some belly pork slices so he needed the space.

The amount of veggies in the sauce is supposed to mean it contains 4 of my five a day ... but I don't think I'm counting right somehow the sheer volume seems wrong, so I'm counting it as two.

There were leftovers, I left them in a dish on the worktop to cool down ... and promptly forgot all about them.  I woke up in the middle of the night thinking 'arrgghh ... I could have made ____ or _____ '  but then fell asleep again.  I got up expecting to find my lovely leftovers in the 'chicken treats bowl' or God forbid ... the bin, but my beloved had covered the bowl the night before and put it into the fridge, on my shelf.  I'm keeping this man ♥️

Three of my five a day consumed again.
I need to eat some of my fruit and pull this up!!

(Number in brackets = 5 a day servings.)