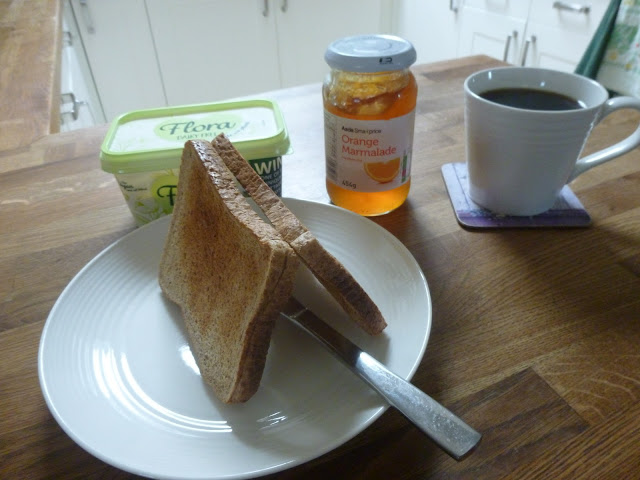 Breakfast - Toast with spread and marmalade

This bread is really thin, I think when I need a replacement I would do better to watch out for a 'yellow stickered bargain' loaf rather than buy another 55p value one.  But saying that, it does the job and the marmalade is really nice, something I would buy again after this Challenge if I haven't any of my own homemade marmalade in stock. 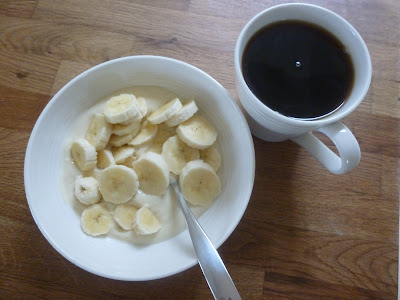 Lunch was a bit different.

I really fancied some of my yogurt, so that's what I had with one of my bananas.  Usually I have three portions out of one of those big tubs, but this time I read the pack and it said 'contains 4 servings' so I weighed it out into my dish, and you know what ... it was plenty!!   (1) 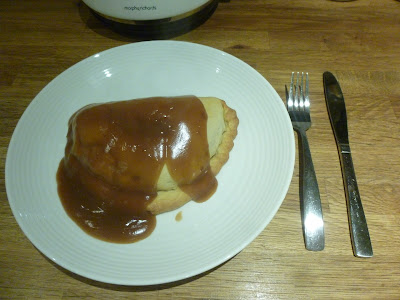 Tea was the pasty that I posted about making earlier, covered with some more of my 20p gravy ... it's no different to the Bisto I usually buy ... so another definite keeper.  (1) 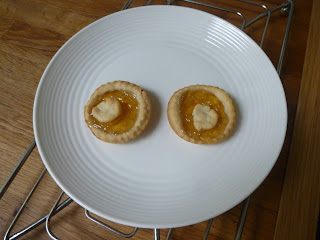 For a spot of supper when we got back from the cinema we each had one of the little Marmalade Tarts, made from the trimmings of pastry with a cup of coffee.

But with the satisfaction of clearing the fridge of lots of the leftovers from previous meals.