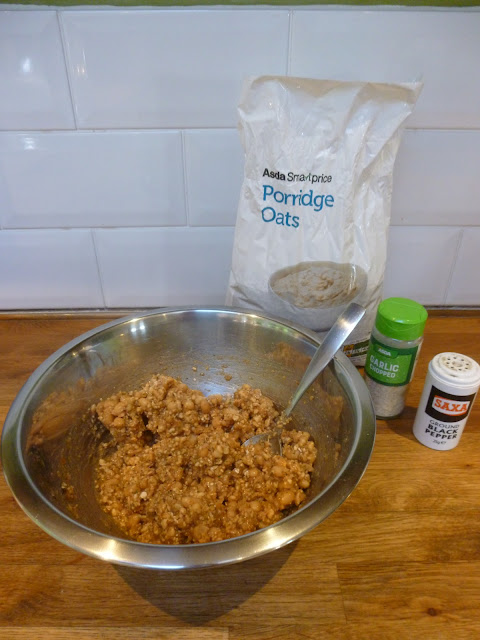 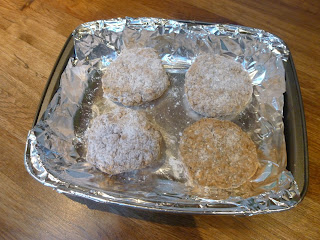 And form into four Bean Burgers 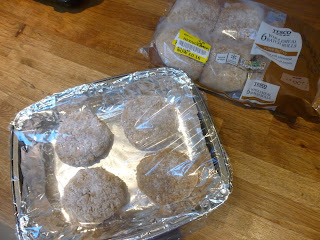 I checked they were the right size to fill my little yellow stickered bread rolls and then popped them into the fridge to firm up. 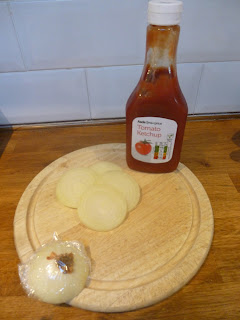 Two of the burgers were wrapped in clingfilm and put into the freezer.  Then I sliced up an onion and got the ketchup on standby. 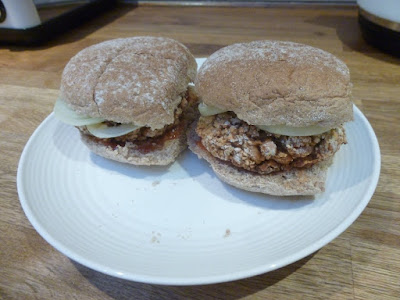 The other two were served for my tea on Day 11.
They proved to be much too filling, one burger on a bun and a few potato wedges might have been better.

I'll be honest they weren't  overly flavourful, maybe a good sprinkle of my dried herbs would have made them  better but I didn't think they would need that with the stuffing mix being so 'herby', or maybe a sprinkle of chilli flakes if I had had some.  But with the nice chunky slices of onion and plenty of tomato ketchup they made a nice and completely different sort of meal. 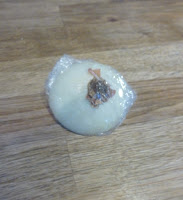 Even though there was only a little bit of onion left over I saved it, and it became the onion in  the cheese and onion buns I had the next day.