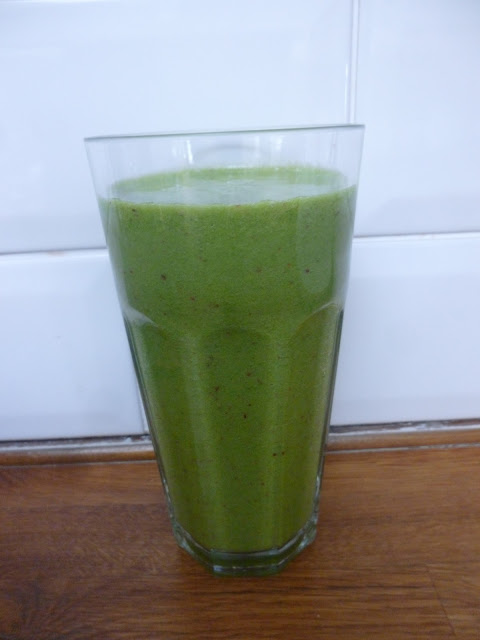 Made with 2/3 of a frozen banana, a small apple and half a dozen spinach leaves.  (2)

After breakfast we went into Llandudno for the parade at the Cenotaph. There was a brilliant turn out in gloriously sunny but cold weather.  There's something very moving about the sound of waves lapping at the shore as you stand in silence.   Totally appropriate since Alan is a Royal Navy veteran and spent most of his 25 years in the Navy at sea.

After staying for part of the service, we couldn't hear much as there were literally hundreds and hundreds of people on the promenade, we walked the dogs back to the car and then called for a coffee and a slice of vegan cake on the way home.  I make a point of saying 'vegan cake' because there are not many places I can actually get something to eat from whilst we are out round here, it was really nice to find our local garden centre has started catering for people who are dairy free.

So we had our lunch much later than usual. 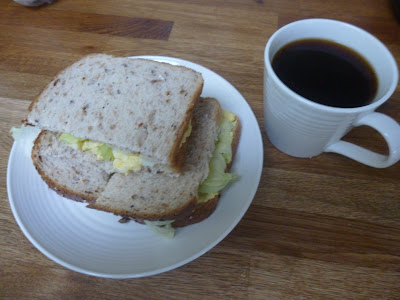 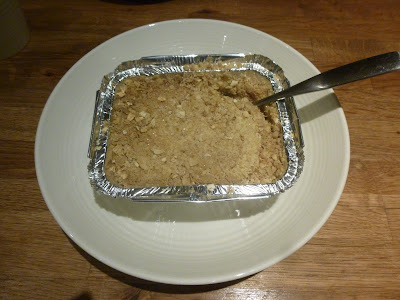 With it being so late I ate out of the container to save on washing up ... well that's my excuse
and I'm sticking to it  ;-)

I'm off to stock take the fridge, freezer and cupboard now for my end of week round up.