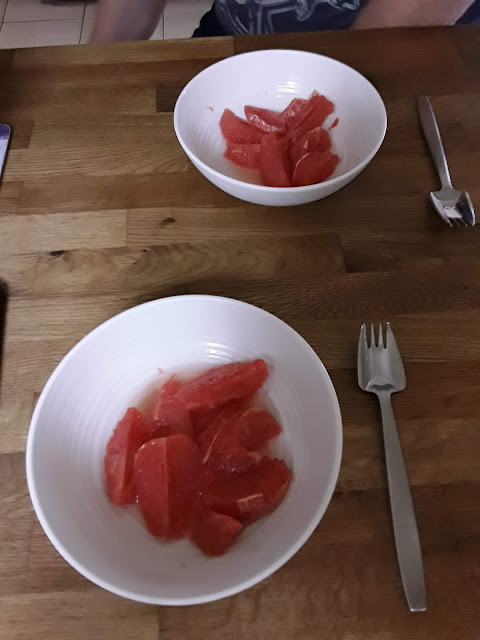 Breakfast was a two course feast.

Firstly a grapefruit each, we picked up on the tip on our diet sheets and went for ripe pink/red grapefruits as they are supposed to be a little bit sweeter.

Who on earth thought that ... well not me for one!! 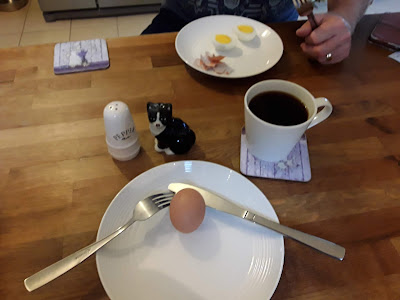 Next we had a WHOLE hardboiled egg each.

It was just nice to have something to take away the taste of the grapefruit!!

Copious cups of coffee were drunk over the course of the morning, but almost immediately Alan buckled and fell  at one the first hurdles ... he went back to a splash of milk in his coffees and teas.

I suppose better that than giving up on day two. 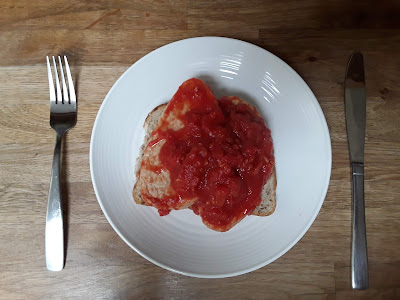 I forgot to photograph our lunch, so if you imagine this our breakfast from day one but with two Quorn fillets under my tomatoes and two chicken breasts under Alan's.

It was filling and tasty. 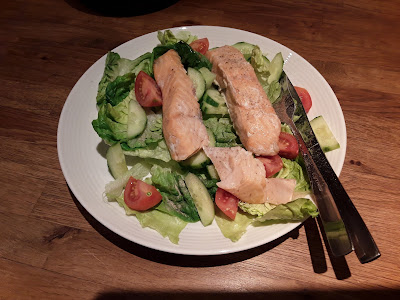 The salads are much more basic than Alan is used to as you are only allowed Lettuce,
Cucumber, Tomatoes and Celery, but they suit me down to the ground ... although a little bit of onion would have been nice.

Today has been a good day with enough food not to leave us hungry as long as we drunk plenty of hot drinks when we felt the nibbles coming on between our meals.  But I have a strong suspicion that this is lulling us into a false sense of security ... tomorrows' menu is sparse and then the next days even more so ☹