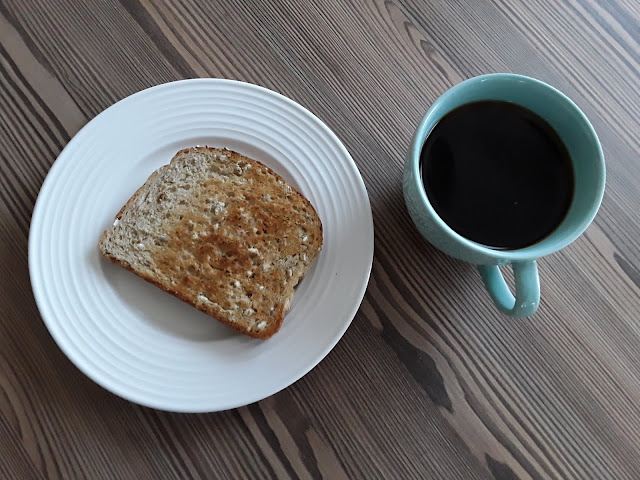 Breakfast - one slice of dry toast and coffee.

I was dreading this, but using this nice multigrain bread from Tesco and eating it while it was still nice and warm made it pretty tasty.

It wasn't very filling though and an hour later I was starving ... cue far too many drinks, I felt like I was 'liquid woman' ... slosh, slosh, slosh.

Alan caved in and had some butter on his, just a light smear but definitely butter, naughty boy! 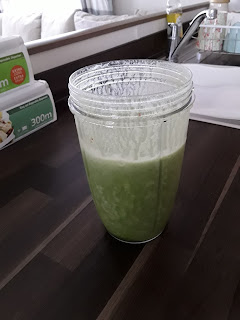 Again the spinach is a naughty addition, but it is a food on the diet plan and it makes my fruity drink much more palatable. 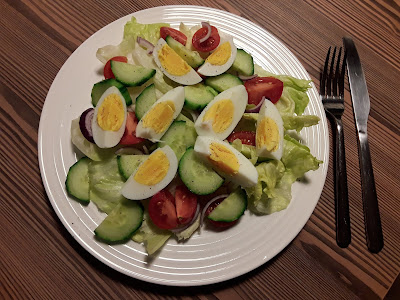 Tea - once again an Egg Salad.

It's the same photo as last time, but then it looked like exactly the same meal as last time so forgetting to take a photo was not the end of the world 😊 Guess what was for supper ... yep no prizes, it was another grapefruit.

Today was the hardest day up to now, perhaps it was being here on my own, or not having so much to do, I don't really know ... but I almost caved in.  There is a big bag of vegan cheese and onion crisps in the cupboard that seemed to be calling out my name.

But I stayed strong and with a final cup of coffee took myself off to bed for a read and an early night.