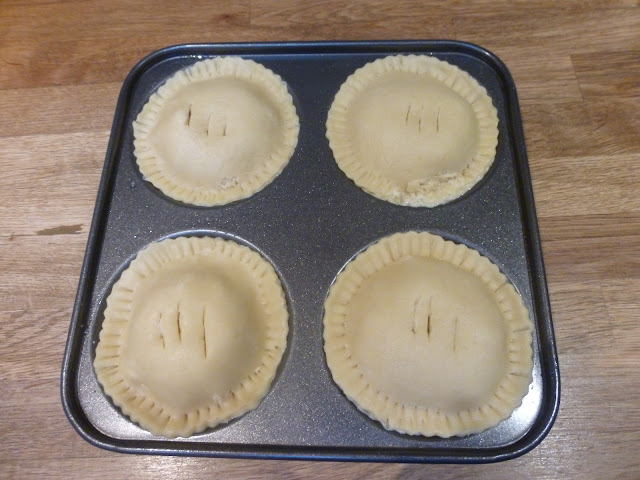 I've been asked about my pies. 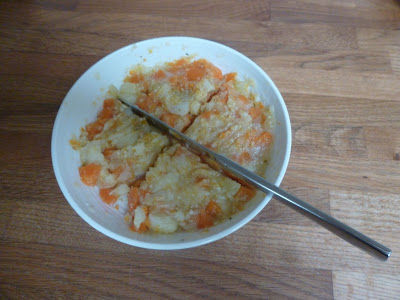 You can wrap anything in pastry ... but I always find that something edible is best.

When my boys were little and money was tight we had baked bean and mashed potato pasties ... I guess Cornish folk would hide their faces in horror but we loved them.  Served with Bisto gravy (or a cheap value brand) they went down as well as any high faluting posh pasty would have done.  And the leftover scraps were always rolled out to make jam tarts that went down equally well at bedtime with a small glass of milk. 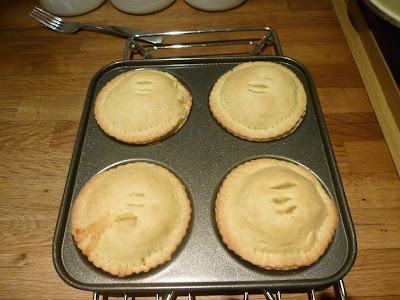 My pies from yesterday turned out really well, I'm glad I took the time to use my little Yorkshire pudding tin to make the pies uniform in size and shape.  You can see from the photo above this one that I marked out the filling that was in the dish in the fridge overnight into four equal quarters.  That way I could be sure that each of the pies would be equally well filled. 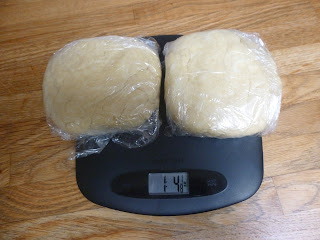 My ready made pastry had been divided into two balls, but I needed to take a pinch out of the second to complete my pie lids, so once it was partly used I decided to make something else for later in the week. 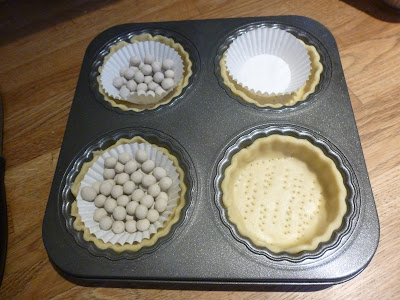 I made four little quiche bases.

This photo shows how I do them, using some cupcake cases to hold my ceramic baking beans after pricking the bottom of them all.  After about eight or so minutes in the oven the cupcake cases and beans were removed and the empty shells placed back in the oven for a further four or five minutes just to dry out the bases. 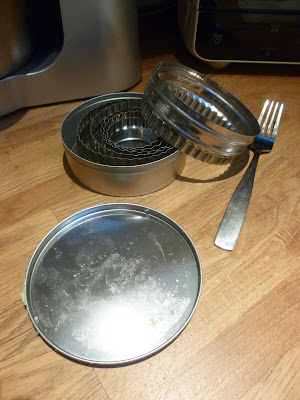 I don't have a cutter that fits this quiche baking tray, so I use the lid of my set of cutters as a guide and cut round it. 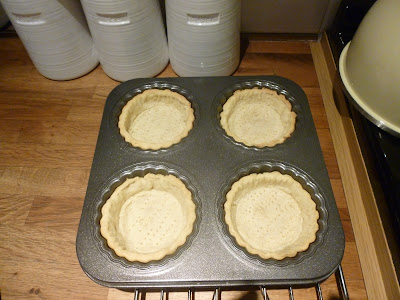 Once cooked they had shrunk a bit and didn't look so perfect but they are perfectly edible and are now in the freezer until I decide what to make  with them.  I'm  thinking two sweet tarts and two savoury little quiches.

Of course there was a little bit of pastry over and I couldn't think what to do with it ... so I just rolled it out flat , wrapped it in the clingfilm that I had been using to roll out my pastry and popped it into the freezer.  Waste not want not.