Day Nineteen - So What Makes It Possible ? 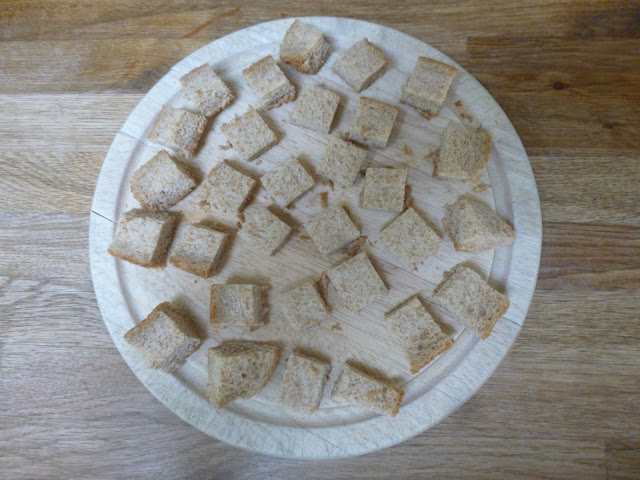 I've had a few conversations with people about what makes this possible.

Living for just £1 a day for all your food is no easy feat, well you'd think it wouldn't be easy, but and it really is a but ... if you have some relevant life experience as I have, and have lived before on only a little money you learn, and you learn fast because you have to.  It's either learn fast or starve ... and when there are children involved the latter really is just not an option.  So it's those lessons that you pull from the back of your mind and put to good use. 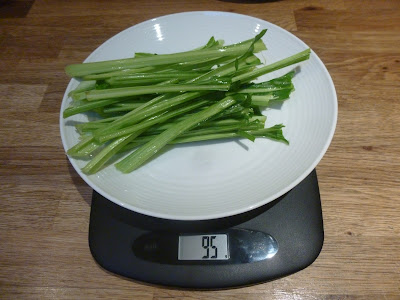 Little things like using stems and stalks, keeping cooking and blanching water to form the basis of stocks and soups.  The water you cook things in if it is only lightly salted is very nutritious. 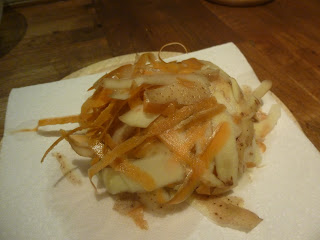 Washing and saving all peelings, even little bits add up when they are stashed in the freezer until you have enough to make a pot of free soup.  And again the most nutritious part of a vegetable that we traditionally peel is literally just under that peel, why waste it. 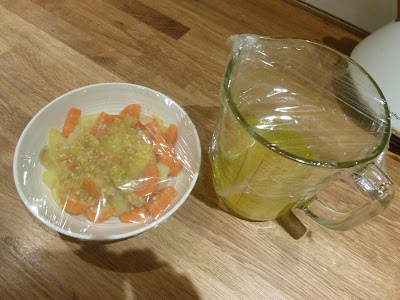 Saving the last bit of a stew, some of it strained to be used a pie or pasty filling and the liquid ready to make gravy to pour over your pastry meal. 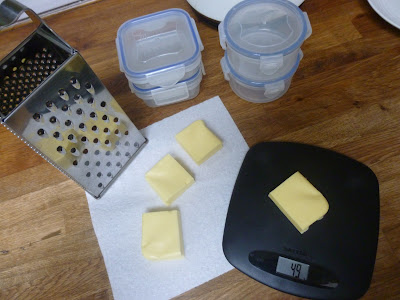 Rationing out what you do have, especially the things that cost you the most money, this way you get to have the flavours and things that you love instead of feeling deprived.  Who would think that four little blocks of 50g of cheese could enliven meals over four weeks.

It really has made all the difference to the meals I have had using these little squares of grated up cheese.  Just a little sprinkle here and there to add a burst of flavour. 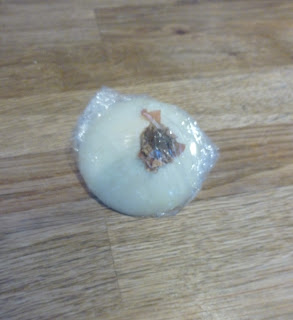 Saving even the tiniest bit of something can really make a difference.

How easy it would have been to use up this last little bit of one of the onions, but I saved it and it came into it's own in a sandwich the day after I had used the rest of the onion on the Bean Burgers. 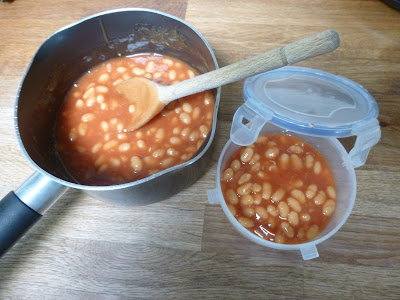 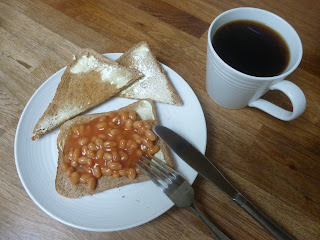 ... meant I had enough for a light lunch the next day. 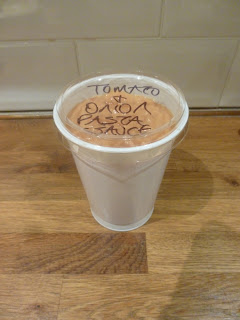 And making good use of the freezer has been essential.

Blitzing left over sauces and stews to make extra portions for the following weeks, so that meals did not become to repetitive eating the same thing day after day. 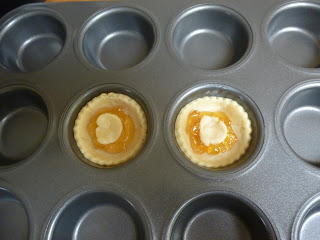 Seeing the value of small amount of anything has been very important.  In this case a small portion of pastry left over after trimming a pasty became two tasty little Marmalade Tarts ... treats are important whatever your budget!! 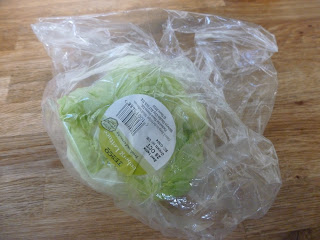 And 'swapsies' or bartering.

Sharing a portion of something I had made a good amount of, meant that on a few occasions I have felt able to take something in return that added something completely different to my food stores.  In this case the centre of a lettuce that Alan had left in the fridge badly wrapped when he went away for a week to work.  I wrapped it properly and used it in a couple of things, and two weeks later I still have the very heart of the lettuce, in good condition waiting to be used.

So it's making the most of things, never wasting anything no matter how small, or seemingly insignificant and thinking ahead that is getting me through this Challenge.

With just over a week to  go I think I will be able to do it, and thankfully not in a boring or repetitive way.  There are still new recipes to try and lots of lovely food to eat.