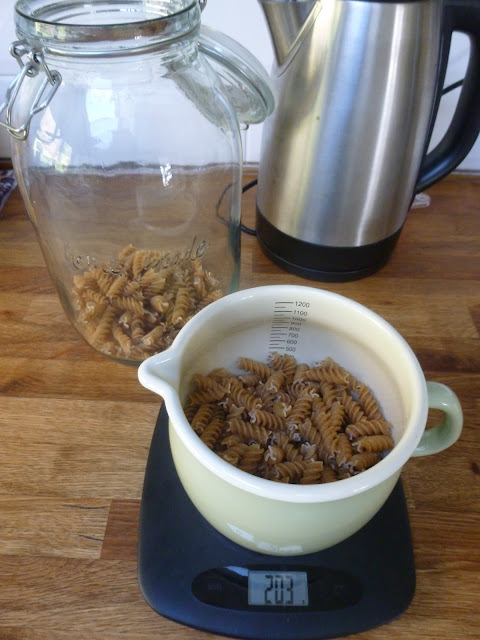 Measuring out portion sizes to see how much of things we need is good to do every now and then just to check that your portions aren't getting bigger and bigger.  I'm usually pretty good at judging things by eye, but over the last few weeks I've found myself feeling fuller before I've finished what's on my plate.

So for the last few days I've gone back to weighing things out a bit more.

Although Alan has a huge appetite I just don't.  I can quite easily manage on a third of what he eats ... this most likely explains my almost three stone weight gain since we met back in 2004 🤣🤣

Weighing this pasta from the jar for the meal we ate pictured on the last post, meant that there was an extra portion left in the jar.  Quite possibly I would have normally just thrown what was left into the pan and made far too much.  But in these crazy days I decided that what was left would make another portion for me on another day. 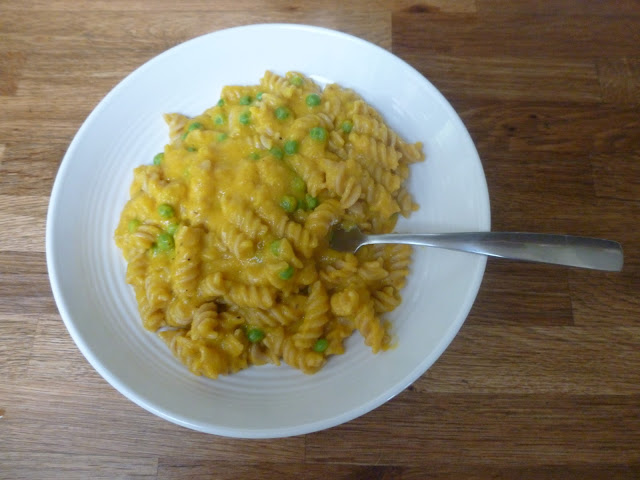 With the addition of a handful of frozen peas lobbed in as the pasta was cooking and a bit of quickly made up sauce I had a lovely meal while Alan tucked into something meaty and salady from the fridge.

Some days I have just had enough of salad and simply crave carbs!!

The big jar has now been refilled with a couple of Penne pasta packets from the cupboard ... the last of the pasta shapes I have, although I do have a couple of packs of spaghetti.  I haven't seen pasta in the shops in any great quantities for quite a while now, so this will have to last us.