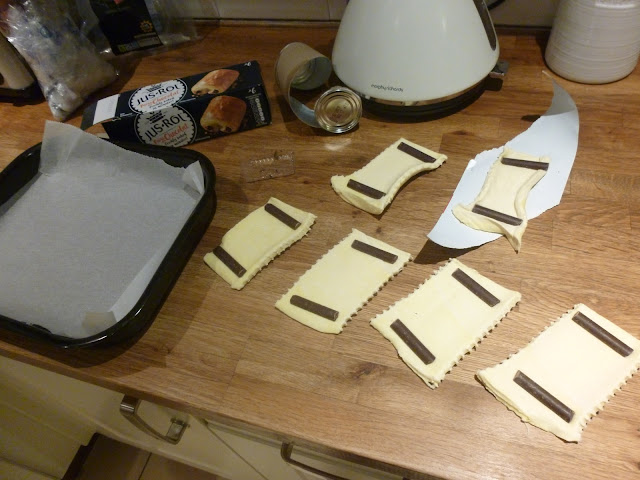 Eating the stores is lethal when you get the urge to snack late at night.

It's such a good excuse ... "It's okay I'm eating down the stores and these have to be used up." 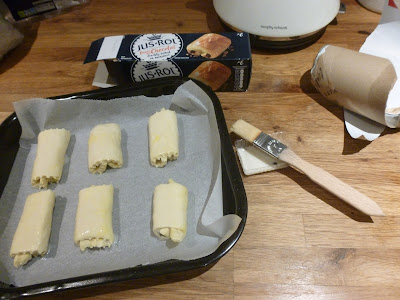 So from fancying a nibble of something to eating it took just under half an hour ... because I had a packet of Jus-Rol 'Pains au Chocolate' in the fridge ... to having a freshly baked and quite tasty supper. 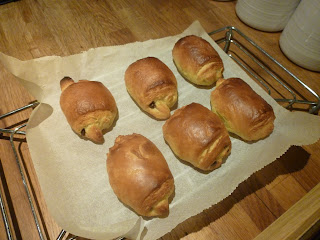 Of course you have to make the full pack up at once, well I always do anyway. 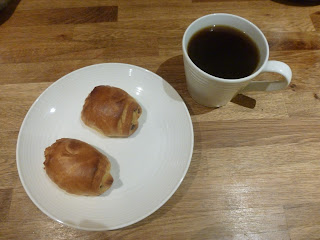 So although my plate started off with just two tasty rolls to go with my last coffee of the day, another little tasty treat might have leapt on to it an hour later.

I made myself feel so stuffed in the end that I broke up the last three pastries and put them into the chicken food bowl for the morning, to stop me being tempted again.