It looks so much more when it's all spread out all over the worktops doesn't it! 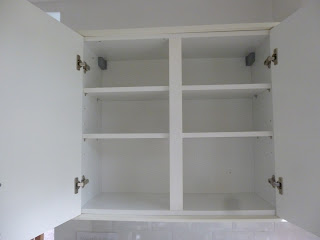 While I waited for the cupboard to dry after a good cleaning and spraying with anti-bacterial spray I worked my way through all the food, checking dates and quality.  The only thing to get binned was a jar of capers that were all wearing little furry hats  :-)

The jars that I thought would be okay for donating to the local Foodbank were in fact out of date and as they don't accept out of date food we will eat that ourselves.

So everything except the jar of capers went straight back in, only this time all in date order with the oldest items at the front and the well in date stuff at the back of the cupboard. 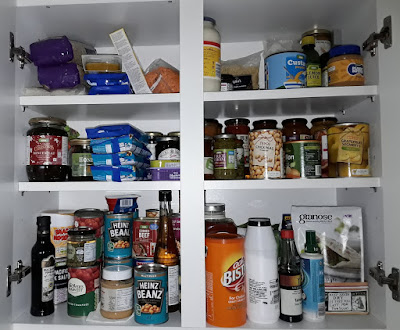 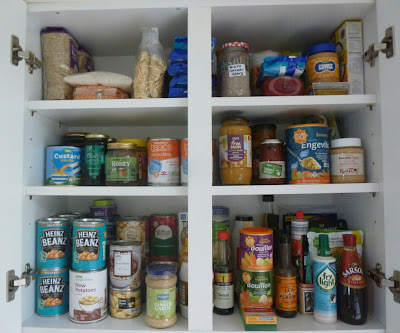 Although in the second picture the cupboard looks much tidier, there is in fact quite a bit more food in the cupboard now as I was making things more logical and bringing in bits and pieces from the other cupboards.  So now like is stored with like and it should be much easier to find stuff and keep tabs on exactly what we have in stock. 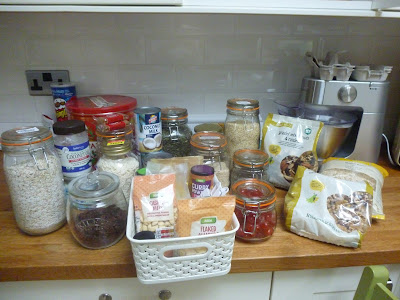 As soon as I finished one cupboard the next one was done in exactly the same way, emptied out, cleaned, foods checked and in this case some of the packets decanted into jars. 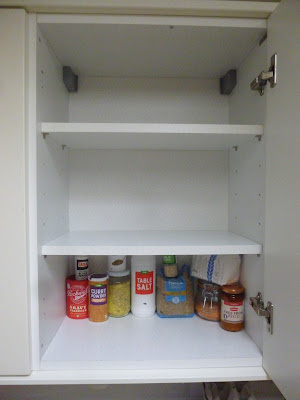 The bottom of this cupboard still had my ambient leftover store-cupboard foods from my £28 for 28 Days Challenge, that I finished in November of last year.  (See here.)  I decided to simply put them back as they were, ready to be used as the basis of a new Challenge that I have on my mind for in a couple of months. 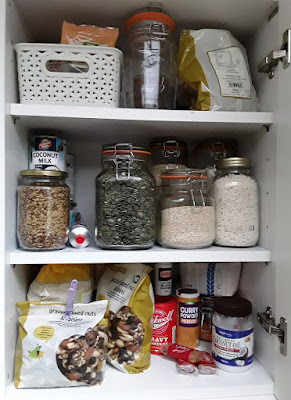 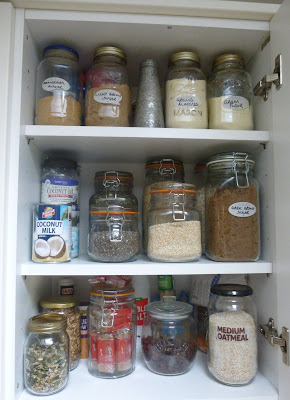 Again I have made this cupboard more logical and although the majority of the same things went back in some more foods were brought from other places and a few things were left waiting on the worktop ready to go into a different cupboard.

It was all very confusing and seemed to take ages, but it was well worth doing.  I'll come back with the rest of the photos tomorrow.