Eat the Stores - The Freezer Challenge - 4 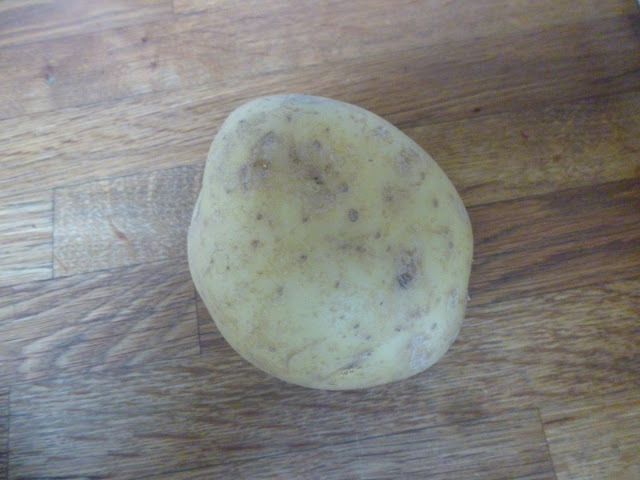 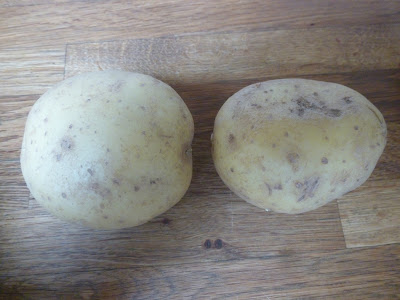 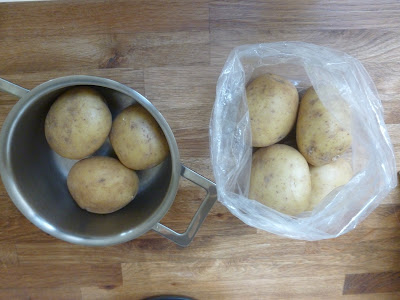 Does anyone else remember the old school 'deciding who goes first' game ... or is it just me?

Well when I saw I had four potatoes that's exactly what came to mind.

Of course using the food out of the freezer has meant that we've also been working our way through some other non-frozen things to go with them and at the start of the week there were just four potatoes left ... now there are two!! 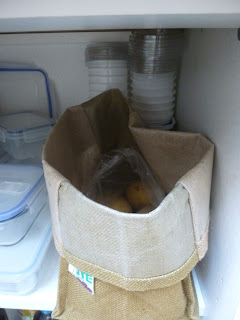 I keep my spuds in this old bag in the cupboard, it is dark and just about cool enough to make them last well.  The ones we have been eating were bought way back at the start of December so that's not bad going.

Of course once the potatoes run out we will have to eat the Alphabites  :-) 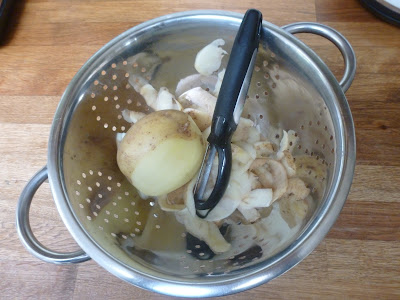 In the interests of wasting nothing the peelings have been saved to use in a pot full of homemade soup. 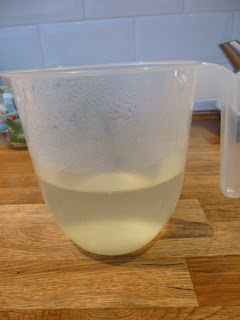 As well as the cooking water from the boiled potatoes the other night.  I think if I add these to some of the frozen vegetables from the freezer we should get a very nice pot of soup to see us through a few lunches.

Tonight's tea has not been decided yet, I should go and have a browse through the freezer for some inspiration.

Email ThisBlogThis!Share to TwitterShare to FacebookShare to Pinterest
Labels: Eat the Stores, The Freezer Challenge