Eat the Stores - There Has Been Shopping 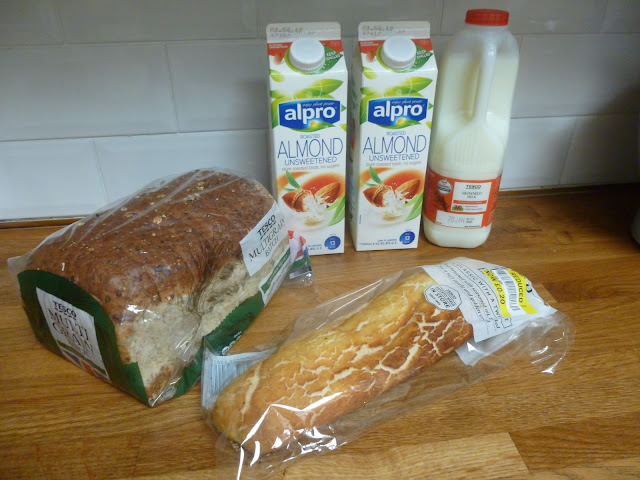 There has been some shopping up to now this month.

Even though this Challenge is all about us Eating the Stores I am not restricting us from getting things that we need, or if something is on offer picking that up while I'm out and about.  Yesterday for instance I bought the things above.

Alan needed the milk, we both needed the sliced loaf as the bread bin was empty and apart from three packs of buns there was no more in the freezer.  The 20p bread stick was too good a bargain to leave on the shelf when I knew we were having a bowl of homemade soup for lunch today, and the Almond Milk was on offer at 2 for £2.  As it's usually priced at £1.80 each this was too good an offer to ignore, even if I have only just opened the one in the fridge and a carton lasts me a week if I use any at all. 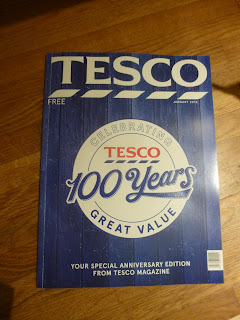 I also picked up a copy of the free Tesco magazine.  Something to read over breakfast that might or might not be interesting but was free :-) 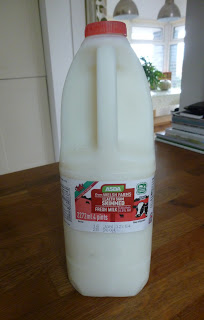 Previously I bought this bottle of milk last week, which is almost used up now.  It's proving good letting things run right down as you start to realise how much of something is actually used and in what time period.  I now know for instance that a four pint bottle of milk lasts Alan eight days.