Living on a Box - Day One 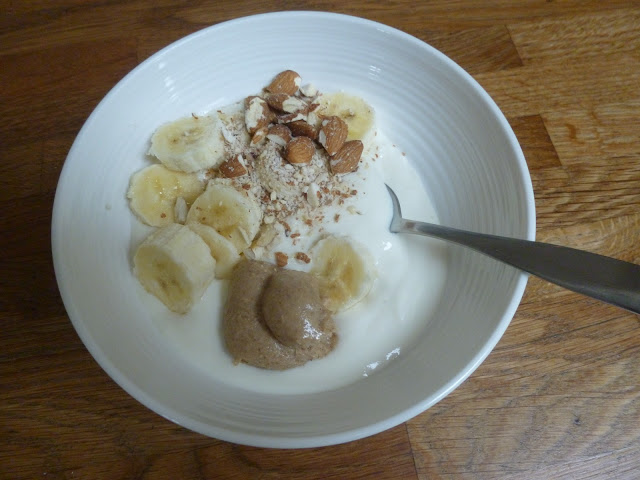 As yoghurt and almond milk both need to be used up within around five days of opening, I have decided that I will open one of them at a time, so ... this week will be yoghurt week and next week will be cereal and milk week. 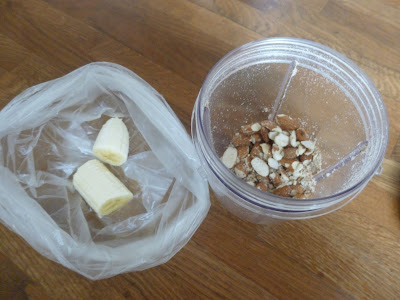 I realised that the bananas (when peeled) weighed  much more than the 80g required for one my five a day so I could save a third of each of my two bananas when I peel them to use, and pop the extra piece into the freezer.  Then next week for one of my breakfasts I can make myself a nice smoothie using frozen banana, an apple and some of the spinach, and thus saving myself a slice of bread.

I decided to slightly whiz up the almonds that I need for the first of this weeks breakfasts.  Using 20g a day which seemingly is the recommended serving size  I have enough for ten days of almonds to add to my breakfasts.   (Gosh Google is coming in handy with all this planning.)   So in the interests of balance, I will split that into five days of almonds for each week.  For the four days that I will be eating yogurt and fruit this week I will used the slightly whizzed nuts sprinkled on top and on the toast and peanut butter day I will eat the almonds as they are.

An interesting fact - most almonds weigh exactly 1g each  😃

Lunch - Sausage Bun with onion, one of my tomatoes and a few cucumber slices.
And as always a black coffee. 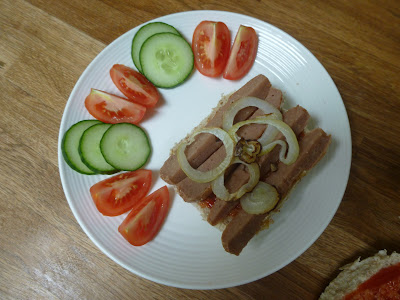 I thought I would need two sausages but when I opened the pack they were big fat sausages, so I just used one and sliced it into quarters lengthways when it was cooked.  It was perfectly adequate with my salady nibbles for a good lunch after a morning in the polytunnel. 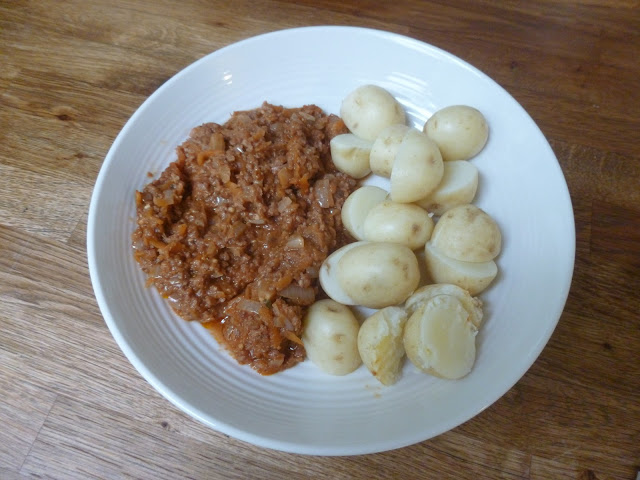 Gosh this was delicious, a lovely rounded flavour with all the added extras, not hot at all as I am not keen on hot chilli, but just enough chilli flakes to give it a bit of flavour.  As I hadn't got any spare tomatoes or tomato   puree to put into this I use a huge squirt of tomato ketchup and it worked a treat to balance out the flavours. 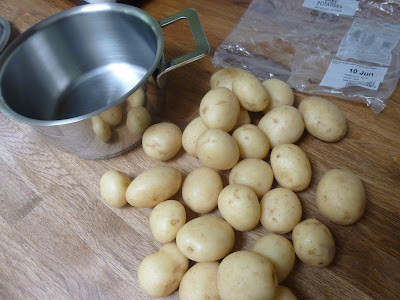 I had tipped all the Baby potatoes out to make sure they were all in good condition, they were.  So I chose to use the smallest first and they were chopped in half and boiled to go with the Chilli mince. 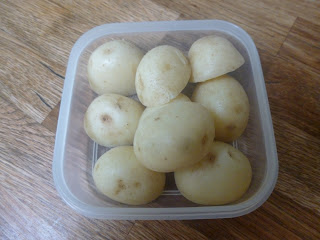 My eyes were obviously bigger than my belly, and I had leftovers ... so I have yet again changed the menu plan so that I can use these up tomorrow.

As you can already see the menu is morphing significantly away from my first scribblings.  I decided I should use most of the fresh ingredients first, so although this meal was going to be Chilli with Cous Cous, I thought using some of my Baby Potatoes would be a better idea.  A lot of my fresh ingredients will be batch cooked this week into meals for both this week and next.

I will include any recipes on the day that I make them. 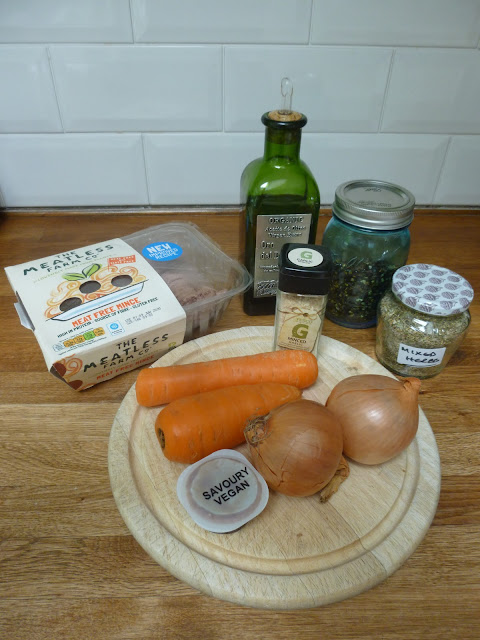 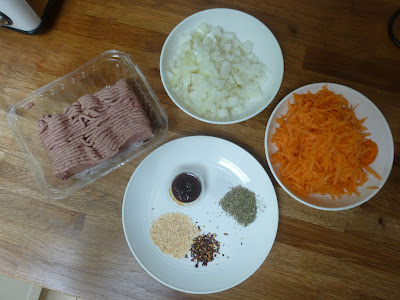 Follow the cooking instructions on the mince packet.
Add all the other ingredients, along with enough boiling water to cover nicely

Bring to the boil and then simmer for an hour, stirring a couple of times.  Add more water if it looks too dry. 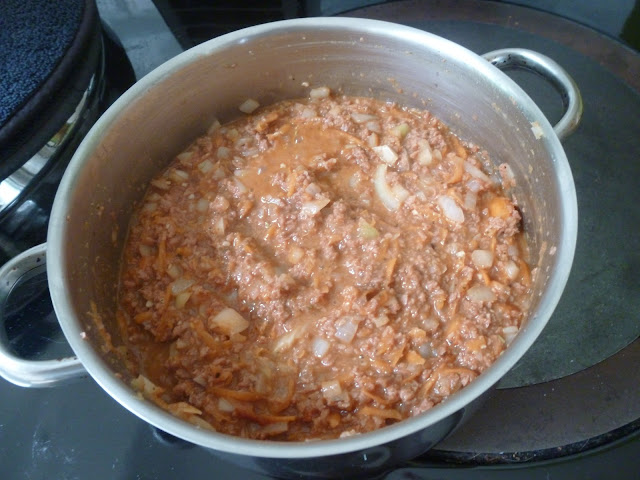 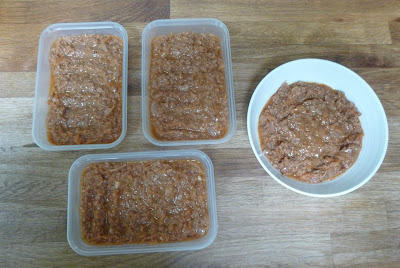 Serve, or cool and freeze in portion sized tubs. 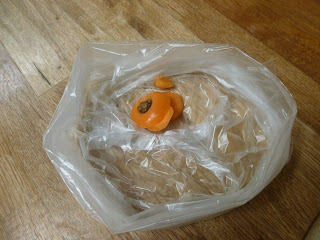 The only 'trimmings' were the top and tail of the carrots, but I saved them and popped them into the freezer in case I want to make a pan of 'free soup' ... if I run out of food!!