Living on a Box - The Preparation 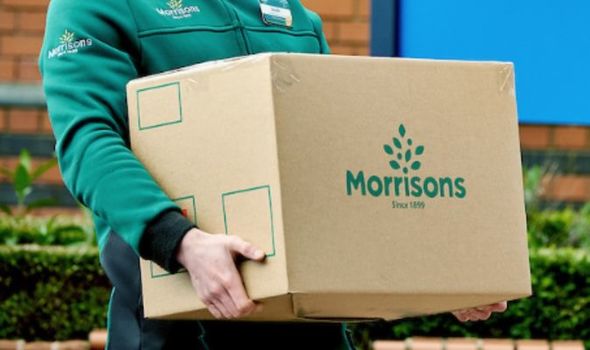 My box is due to arrive today, Monday.

But over the weekend I decided I needed to get ahead of the game if I am really going to make the contents of this Vegan Food Box last the full fourteen days.  To do well you do need to plan, otherwise I would be chomping away quite happily for the first week and then unhappily living on remnants for the second. 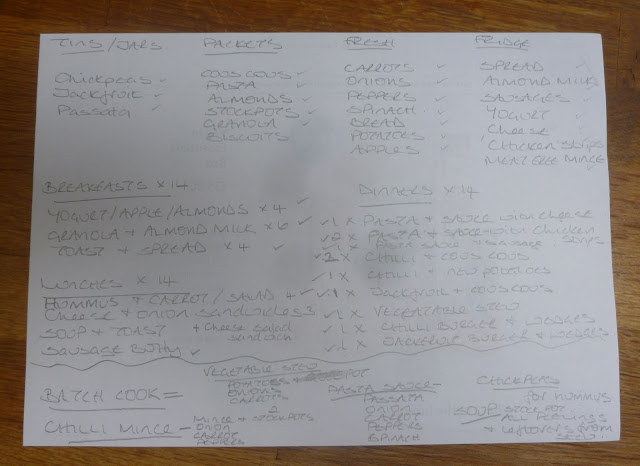 So armed with a pad and a pencil I started planning.

Firstly, sorry for the blotches on all my photos, they only show up on predominantly white photos.  The marks are on the lens of my camera and I love my camera so I'm not getting rid of it just because of a few marks.  When it dies a real death then it will be replaced!!

Using the list of food that are supposed to be in the box I started by dividing the items into Tins/Jars, Packets, Fresh Items and Fridge Items.  Then I set to seeing if I could get to the required 42 meals needed for the 2 weeks.

To be honest it was a struggle. 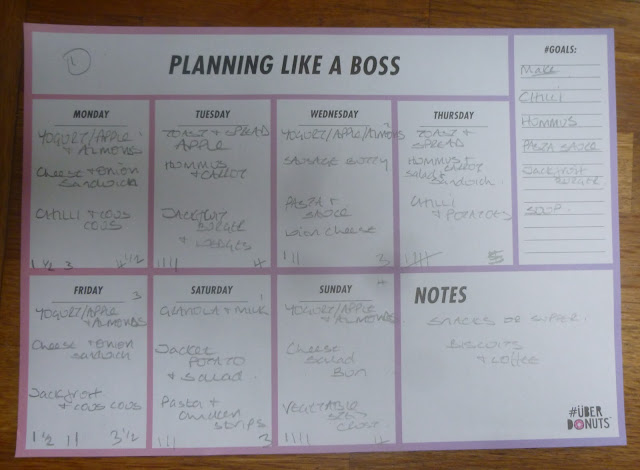 To try and work it out I then menu planned for each week.  This is just my first ideas draft so nothing is written in stone ... 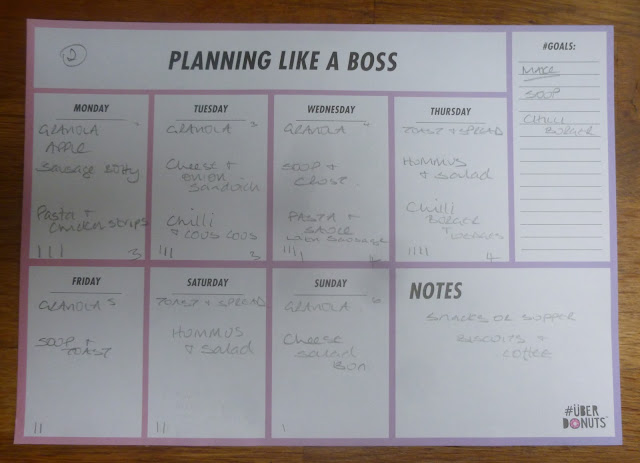 ... but as you can see at the moment I have three days with no evening meals, and no food left to make any!!

I had already worked out what I would use as my store-cupboard, because obviously when you order a box you do have some food at home, even if it is just the basics.  I have some potatoes in the fridge that need using up, two large and I think three small, so these were added.  As were the two bananas that I have that Alan doesn't want to eat. 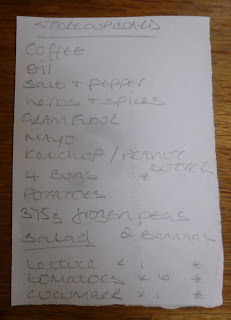 I also have a four item shopping list of:

There is a valid reason for this. 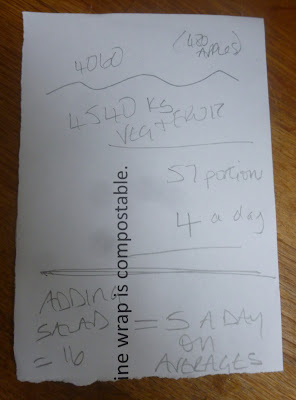 I had added together the combined weights of all the fruit and vegetable items in the box, and also the pulses which also count as one of your five a day and found that I was only at an average of just over four a day.  Although this is a Challenge I want it to be a healthy two weeks for me, so adding just the items on the shopping list will bring it up to the minimum I want of five a day.  I may also add the small bag of frozen peas I have just found while we were sorting out what shopping we need to get for Alan this week, as much for the pop of colour they will bring as for the health benefits.  This takes my daily allowance to just over five a day ... yay!! 😃

The potatoes although not classed as one of your five a day are a vegetable and will help out in the 'health stakes'.

So that's where I am at the moment.  Hopefully when the box arrives it will contain what it is supposed to contain and I can quickly write up the actual menu plan for the next two weeks.