Living on a Box - Day Five 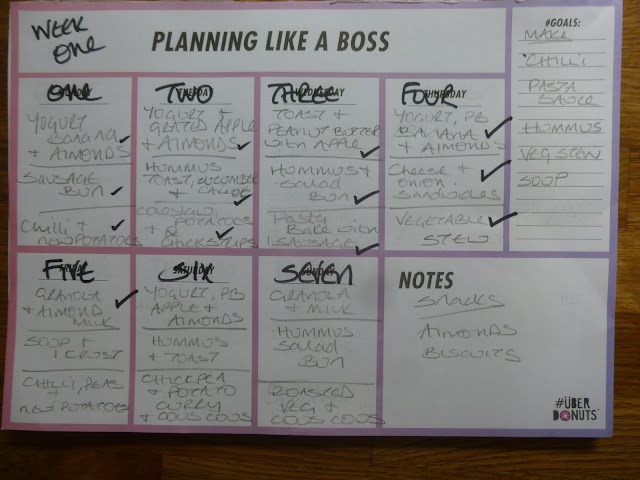 Thank goodness I have been writing out my menu planner in mostly pencil as it has morphed and been altered so many times already up to now.

The latest changes were to erase all mention of the sausages that I disliked so much and to switch the other meals around to accommodate the missing two meals that they were to be used in.  I've found Challenges are so much simpler if there is a bit of wiggle room in the planning. 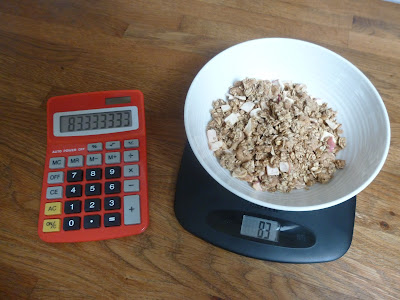 Today was the first day using the Apple and Cinnamon Crisp for breakfast so I weighed out the portion size I would have if I divided the 500g box into six meals.  I thought a smidge of overlapping with the yoghurt breakfasts would work well so I don't get too fed up with the granola as it is being referred to from now on. 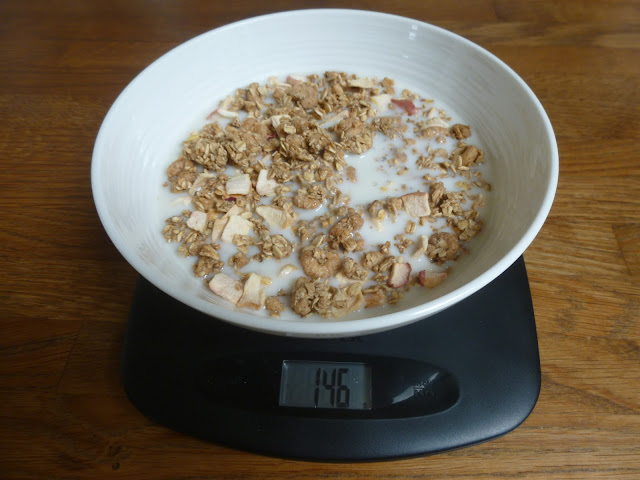 Breakfast - Apple and Cinnamon Crisp with Almond Milk
... which we will just refer to as Granola from now on as that was what it was like.

I also weighed out the portion size of milk that I needed, to make sure my 1litre carton of Almond Milk would last me for all six breakfasts.  It will, with a little to spare 😃

There's no recipe today as I am not making anything from scratch. 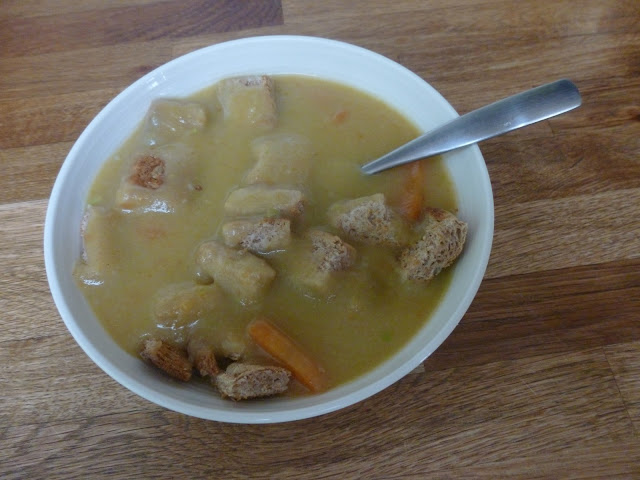 Lunch - Vegetable Soup with a toasted crust, used as croutons.

The soup was made from the whizzed up planned leftovers from last nights Vegetable Stew and was absolutely delicious.   I'm so pleased that there's another tub of this soup in the fridge for my lunch for another day. 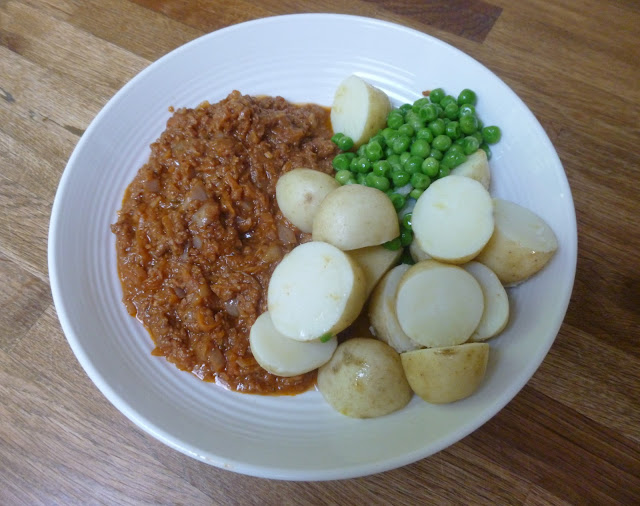 The mince was taken from the freezer and allowed to defrost slowly overnight in the fridge, and if anything the flavour was even better the second time around, as is usually the way as the flavours have time to develop.  This meal was so filling that Alan ended up eating the last few spoonfuls of the mince and the dogs had a potato each.