Living on a Box - Day Two 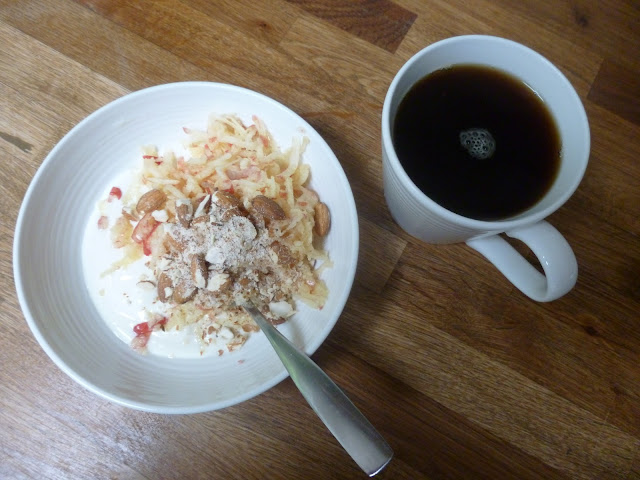 Breakfast - Yogurt, grated Apple and partially whizzed up Almonds.
With a cup of black coffee.

I decided to alternate my banana and apple yoghurt breakfasts just for a bit of interest.

Straight after breakfast I set to with the chickpeas that I had left soaking overnight. 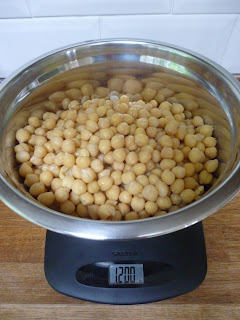 The 500g bag of dried chickpeas after soaking made up to exactly 1.2 kg

Following the instructions on the packet, I then put them in fresh water, boiled them for ten minutes and then simmered them for an hour in the bottom oven of the Aga. 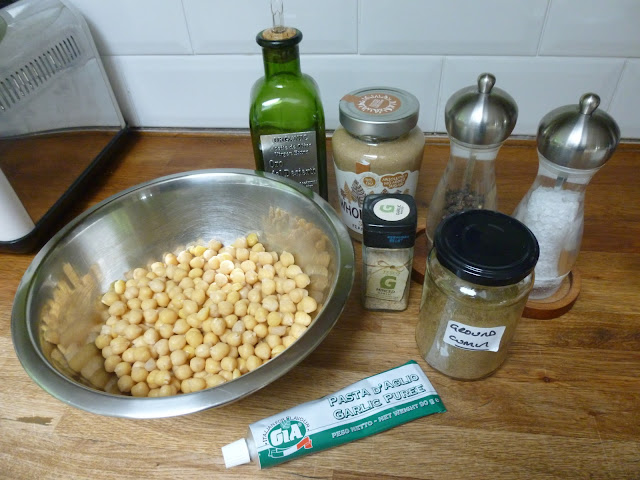 Add all the ingredients to a food processor and whizz together.

Scrape the bowl down a couple of times and taste.  Adjust the seasonings and flavours to your own taste by adding more of anything, and add water to get this to your preferred consistency.

Whizz again for longer than you think if you like the texture of shop bought hummus, but by making it yourself you can make it more chunky if that is what you like.

As I had so many chickpeas and two weeks of the Challenge ahead of me I then repeated this and made a second batch.  One lot of food processor washing up is more than enough for me 😁 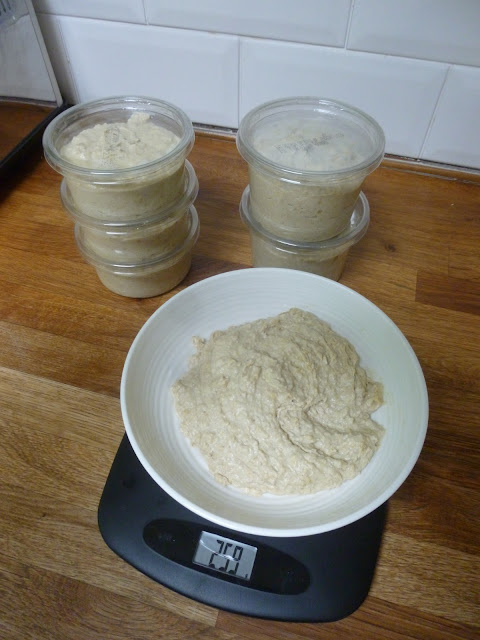 So I ended up with three 200g tubs, two 300g tubs and this rather large portion for todays lunch 😄 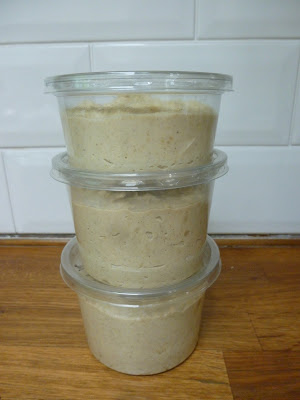 The two 300g tubs and one of the 200g tubs went into the freezer for next week.

I only found out recently that you can freeze both cooked chickpeas and hummus ... so we will see how this is when it's thawed out as and when it's needed next week. 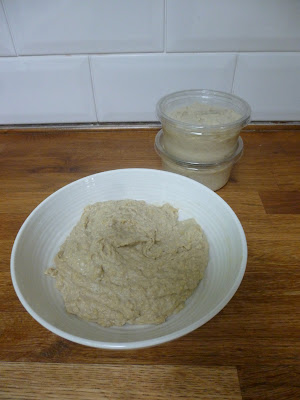 The bowl was for my lunch and the other two 200g portions have gone into the fridge.  Homemade hummus keeps well in the fridge, but I tend to use it within a week. 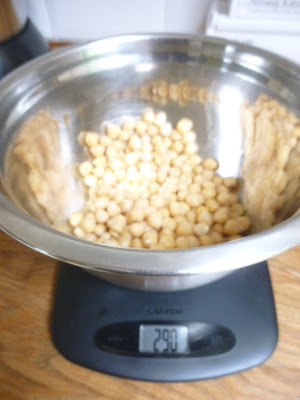 I also have 290g of cooked chickpeas leftover, half of these have gone into the fridge and the other half are in the freezer. 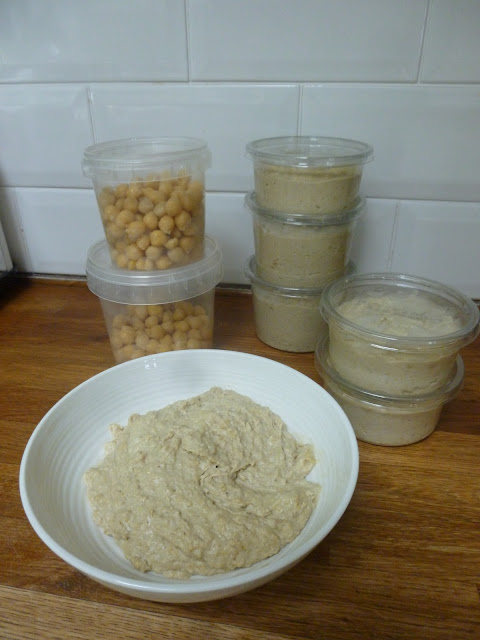 So in total my 500g bag of dried chickpeas has worked out to be equivalent to buying five cans of  chickpeas and has given me: 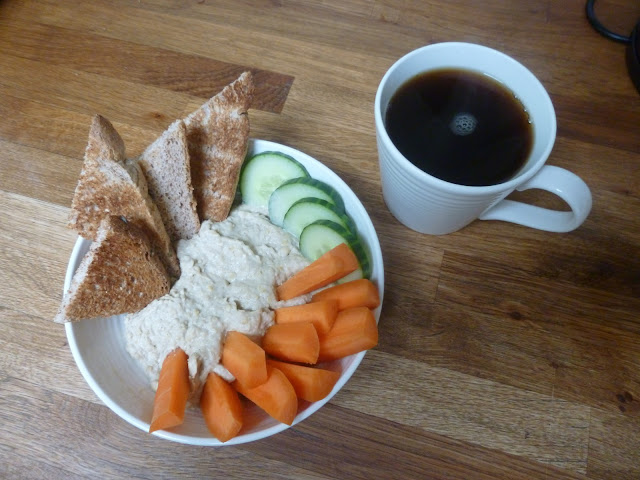 Lunch - Hummus with a slice of toast, cucumber slices and carrot sticks, using one carrot.

I know ... I ate far too much hummus, as obviously I was tasting it as I was making it and the bowl had to be wiped out with a finger, as did the food processor blade AND then there was over a tub full for my lunch. 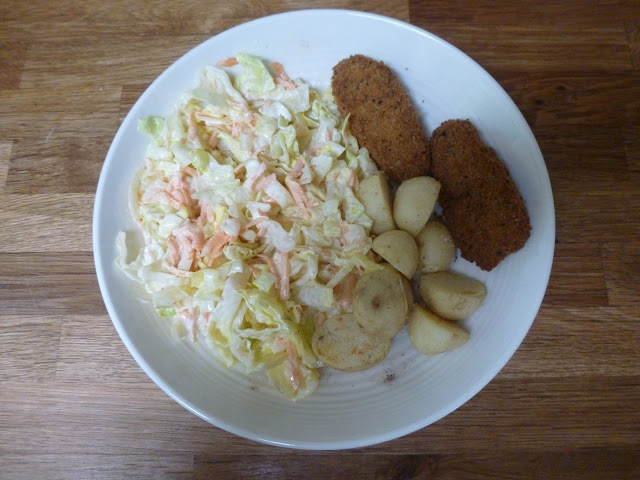 Gosh this was filling and very tasty.

As I was so full up yet again, I still haven't touched any of my little Lotus biscuits that were destined to be my supper.  All the more for another day then.