Gearing Up To a Challenge 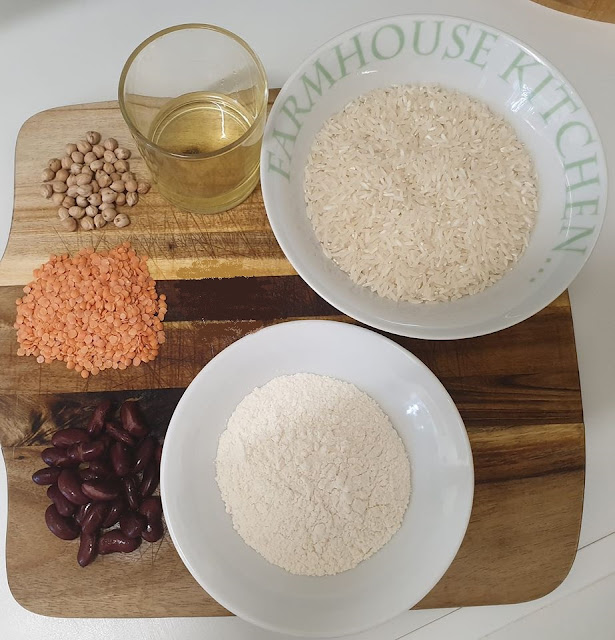 One days food for ration Challenge Week,  the same rations that the refugees in the Syrian camps have for each day.

I don't usually spend so long 'gearing up' for a new Challenge.  This year because I signed up nice and early to the Ration Challenge there has been over a month up to now of thinking about this, fundraising for this brilliant cause and sort of planning.  I say sort of  because I have yet to work out a menu for the week, I have lots of ideas in my head for things to make with my limited ingredients, but no definite menu plan as such. 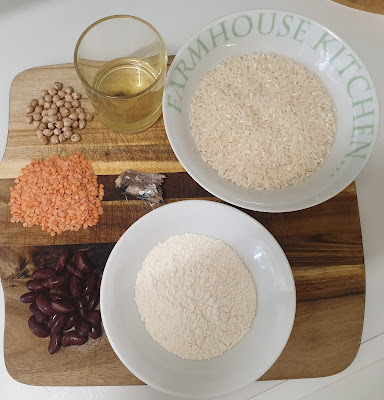 Some of this years Challengers have divided their food up by the seven days and are using one seventh of the total rations each day.  A guy called Jonathan Smith divided all his food up into sevenths and took this photo to put on the Facebook group so everyone could see what this actually looks like.  But of course there are lots of us, me included who don't eat fish, so with his permission I did a vegetarian/vegan version of his photo with the little one seventh of a tin of sardines carefully edited out. 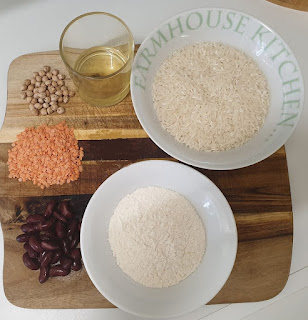 A little bit of vegan magic I called it  🤣🤣

Some ... me included ... are making larger portions of things to have in different meals all through week.  One thing is really for sure with 1.92kg of rice to pad out the meals one heck of a lot of rice will be consumed. 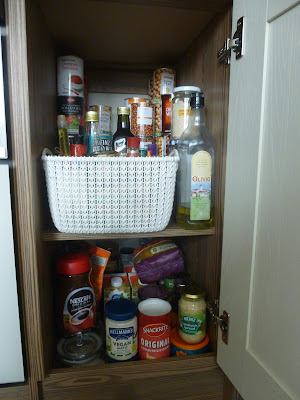 Between now and the start of the Challenge in just eleven days I am slowly and steadily eating my way through the cupboard, fridge and freezer at the Van and when I nip back to Wales at the weekend it will be the same there.  My mind is telling me to remove all the temptation ... well it's a good excuse to have chocolate for supper!!

Thank you so much to all of you who have donated recently.  My fundraising page is HERE and you can see for yourselves what the brilliant new total is.