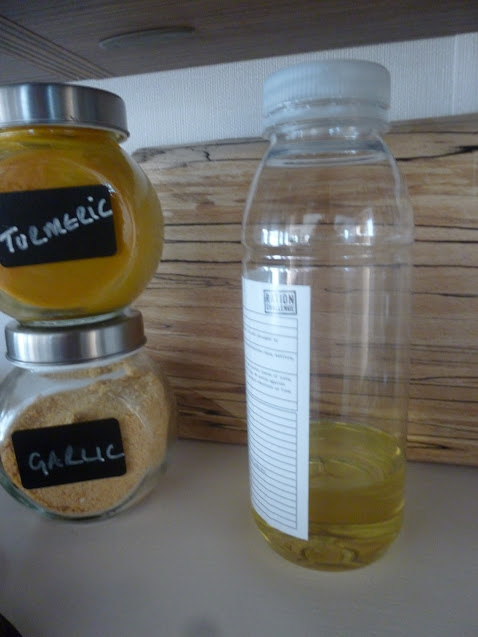 I've been careful to ration out my oil this year, but I will be using most, if not all of it up.  I've learnt that oil equals satiation as well as flavour and it's been very true this week. 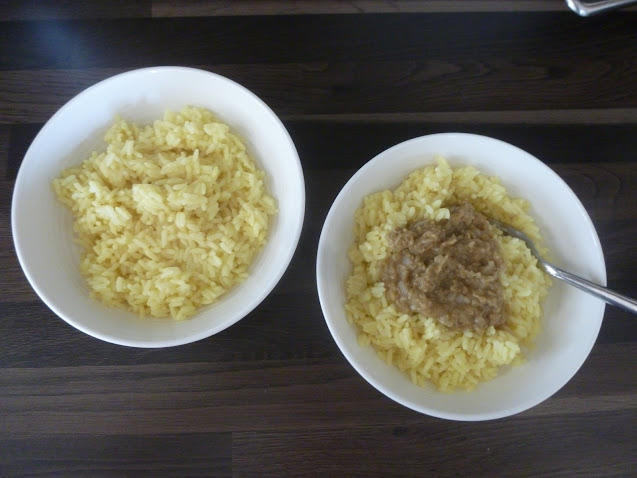 Breakfast - Rice and Dahl, with a spare bowl of rice cooling before going into the fridge ready for tomorrows breakfast, or a late supper if I need it. 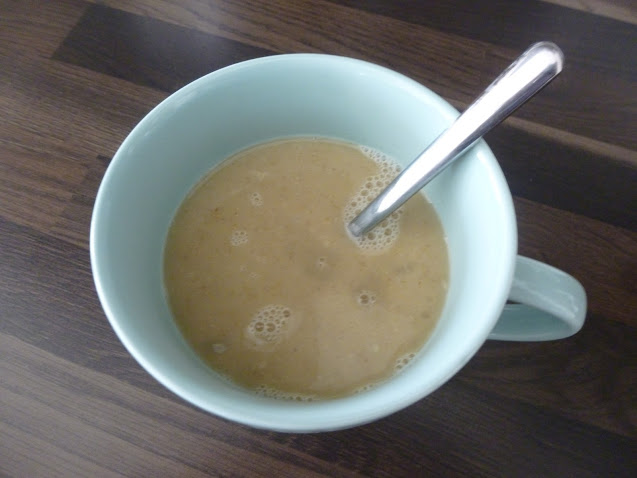 I wasn't hungry at lunchtime after my nice breakfast, but I was cold, so I decided to have my leftover soup in a mug to warm my hands, while I tootled around blogland and answered food related questions on the Ration Challenge Facebook group. 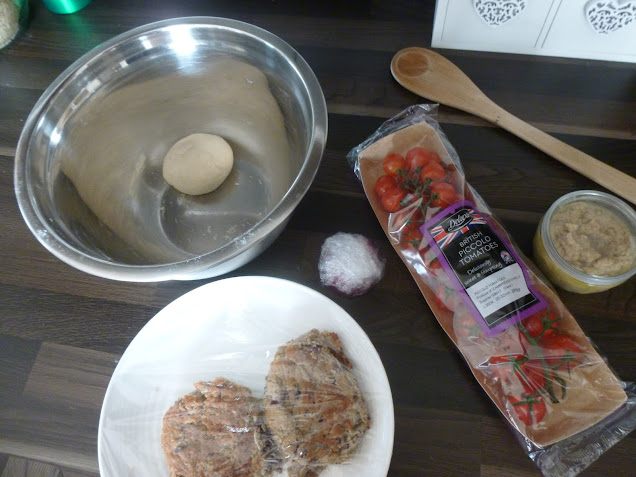 I knew tonight's tea was going to be the highlight of the week as I had my £3 Reward pack of Cherry tomatoes to eat.  As per the rules they all had to be eaten in one sitting!!  They have been glowing red at me all week in the fridge, tempting me and daring me to break the rules ... but I stayed strong. 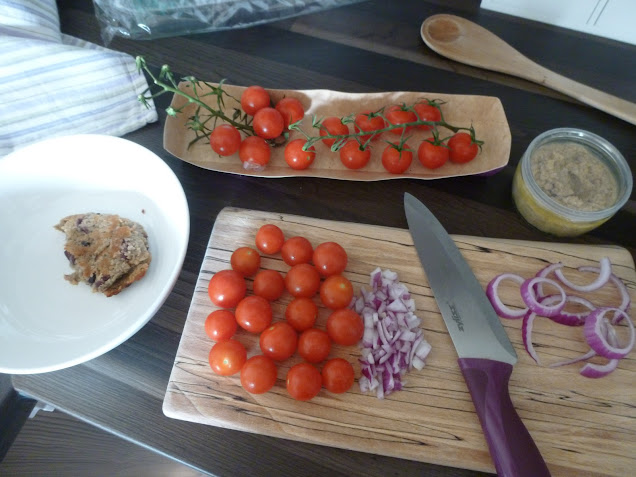 I sliced the remaining small piece of onion from the fridge, then left some as half rings to top the pizza and chopped the rest up finely to make the pizza sauce.  The cherry tomatoes on the board were quartered and added to the frying pan with the chopped onion and left to sauté slowly while I rolled out the pizza base.  Just 60g grams of flour with some salt and water ... a flatbread by another name, which is what all the 'bready things' have been this week.  It's amazing how many differently named things you can make with such a simple mix. 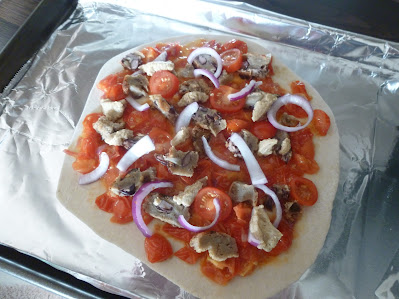 The pizza base was then topped with the tomatoey sauce, a few slices of another couple of tomatoes, the onion slices, half of one of the Lentil and Bean Burgers leftover from yesterday and finally a few dots of hummus.
Twenty minutes later I had this. 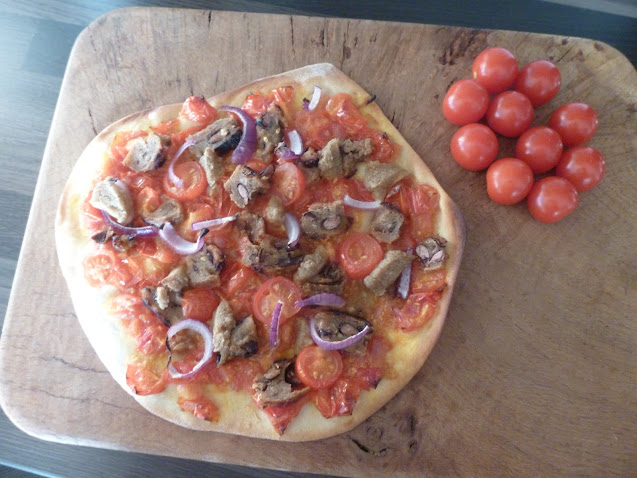 Tea - A Pizza with a side salad of Cherry Tomatoes.
It was a complete success ... phew ...  and very filling, so I don't think I'll be needing that bowl of rice from the fridge. 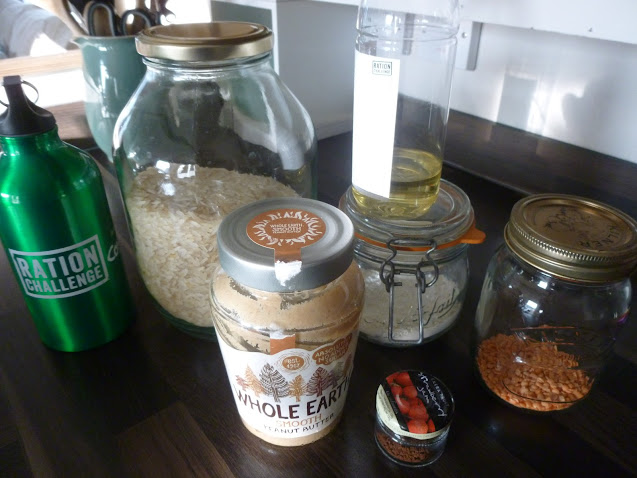 There is just one more day left of the Challenge.  This week has gone by so quickly and I seem to have spent most of it planning food, making food, and washing up after eating food.
This is what I have left in the stores, enough food for tomorrow ... well there's plenty of rice anyway  😄 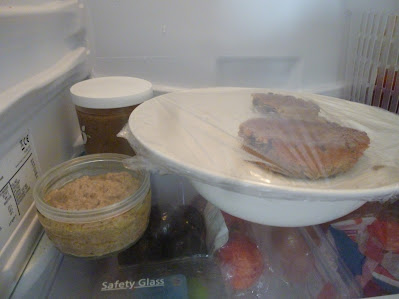 In the fridge I have a little pot of hummus, one of dahl, the bowl of rice and the one and a half Lentil and Bean burgers on top.
I'll be fine  💚
Sue xx