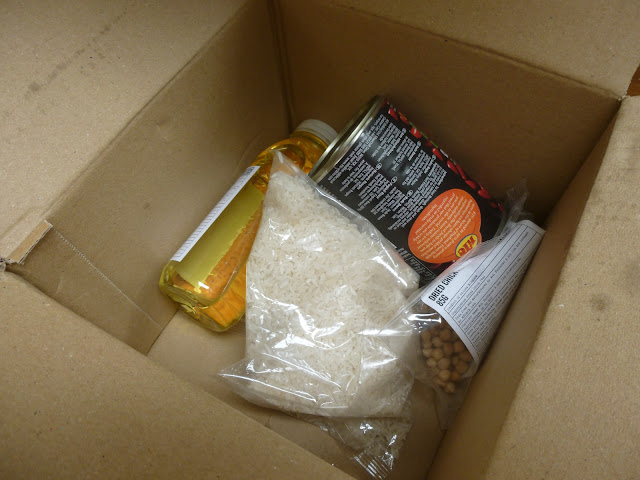 Included in the Ration Challenge Pack is a little bag of white rice weighing in at 420g. 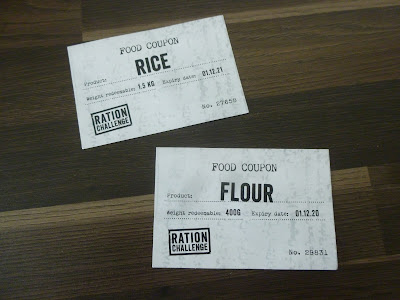 And along with it and the other contents, there are two coupons that tell you to buy 400g white flour, and another 1.5kg of rice for the week long Challenge.  This is mainly done to save the exorbitant postage costs that adding almost two kilos to the weight of the box would cause, but also because that is exactly what happens in the refugee camps. 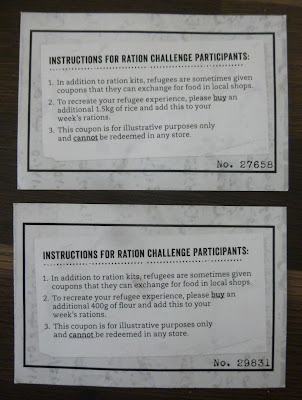 While Concern Worldwide provide the refugees with ration Packs just like mine, other aid agencies hand out coupons that are redeemable in local shops and markets.

I bought the white long grain rice that I needed and yesterday weighed out the 1.5kg and put it into a jar ready for next week, and then remembering the post the other day I decided to use the left over half kilo to weigh out what a seventh of the total rice allowance would be. 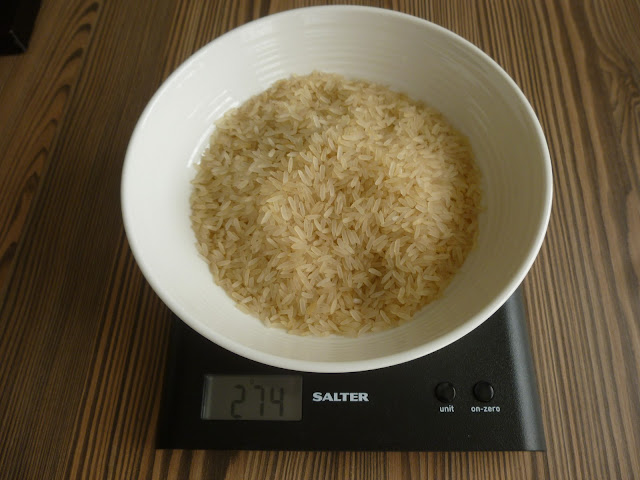 It looks quite a lot doesn't it?

Then I decided to keep going and cook it. 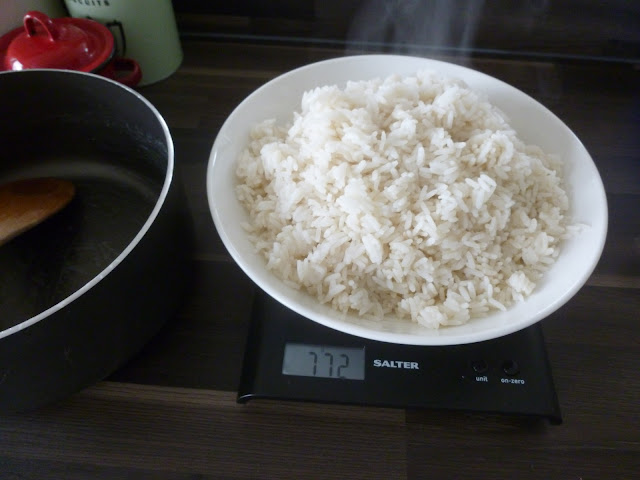 Now it looks even more, almost three times the weight in fact.  I cook rice using the absorption method and this time I used my pan rather than the rice cooker and followed Jamie Oliver's instructions to the letter.

Wash the rice once, use double the weight of water to rice, bring to the boil and then simmer for twelve minutes with the pan lid on.  Then turn off the heat and leave for another ten minutes or so before fluffing up with a fork.

It turned out beautifully. 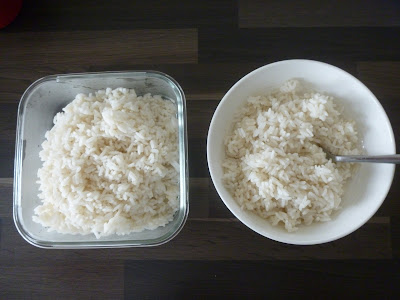 I had the bowl full on the right for my tea and the rest was quickly cooled and put into the fridge.  I think I may have a go at making rice cakes from the Ration Challenge Recipe book later.

4. Place cooked rice into a muffin tin, filling each hole about halfway.
5. Sprinkle a pinch of reward spice across the cakes.
6. Bake in the oven at 180 degrees for 10 minutes (or until crispy on the outside).

They sounds interesting, if a little plain ... I'll let you know how I get on.

There are quite a few people currently doing or who have done the Ration Challenge ... you are allowed to do it at a time to suit you if there is a reason you can't manage the official week ... saying that they were hungry all the time and I honestly cannot understand this.  The total calorie intake is a bit lower than is recommended for an adult at 1738 per day, but these people are also saying they don't like this or don't like that so haven't eaten it, and the thing they are leaving out the most is the rice.  When the rice makes up such a large proportion of the ration I think it is important to use it and make it to the best of your ability and even more important ... eat it.  One lady had over 1.3 kg over at the end of the week ... no wonder she was hungry 😢

It will be interesting to see how much I have left over by the 19th.
Edited to add:  I didn't like the rice cakes at all, so I wont be making them during the Ration Challenge Week itself.  Better to put my effort into things that I do like. Thank goodness for this time to have a little practice!!