The Ration Challenge - Day One 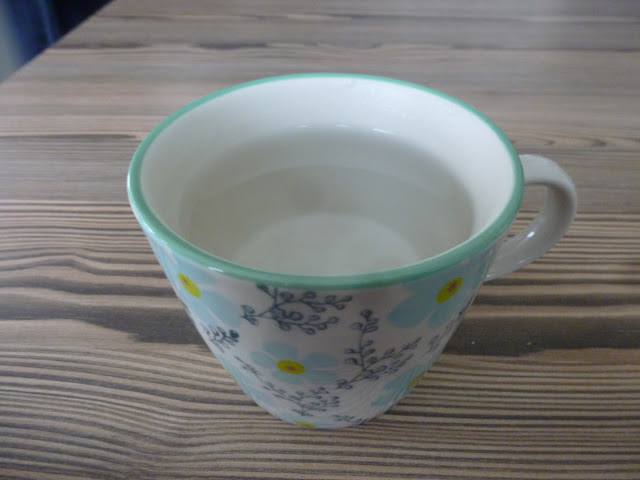 So here we are day one of the Ration Challenge, and I woke up to the news that between us the Challengers and their sponsors have raised a million pounds ... WOW what an incentive for us to give this our all.

I started my day with a glass of hot water, something I always do but usually there is a slice of frozen lemon floating in there, giving a hint of flavour and a touch of goodness. 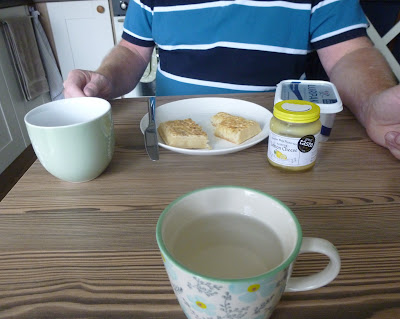 Alan sat opposite and tucked into crumpets with lots of butter and lemon curd, washed down with a cup of tea.  My water went down well, but there was nothing there except liquid refreshment.  No goodness, no flavour and most definitely no morning shot of caffeine to jump start my day and make me want to leap up and make myself some breakfast. 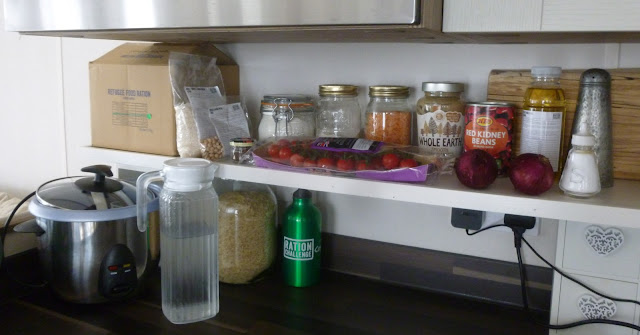 My first job of the day was to put away all the foods from the little shelf in the kitchen that I wouldn't be able to eat for the next seven days, and instead fill it with all my Ration Challenge foods.

It looks surprisingly sparse, even with the onions and tomatoes temporarily joining the dried and jarred foods while I took the photo.  With the rice cooker out I set to making enough rice for today. 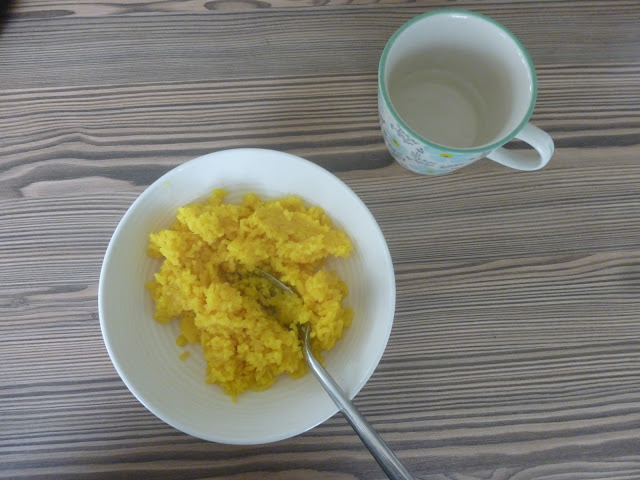 For some reason I decided it would be Spicy Turmeric Rice for breakfast this morning ... now I seem to have dyed everything a rather fetching shade of fluorescent yellow, rice cooker, wooden spoon, dishcloth etc

The rice that came in the Ration Pack clumped together as it cooked and was stodgy, not that I'm complaining really.  It filled the gap in my stomach that was waiting for it's Weetabix and hot buttered Sunday morning toast and that was the main thing.

We walked the dogs along the canal and then  briefly left them in the car while we went into Aldi for Alan to pick up some supplies for him to take home with him.  Seeing him walk out with two bags full of food brought it home all the more that my little box of food was all I had for the week ahead.

I'm glad that I'm mostly doing the Challenge here on my own.  No temptation to cheat, no pots of hot coffee on the go or misplaced offers of lunches to be eaten out and I'm glad I've got my menu planned out, it will keep me on the straight and narrow. 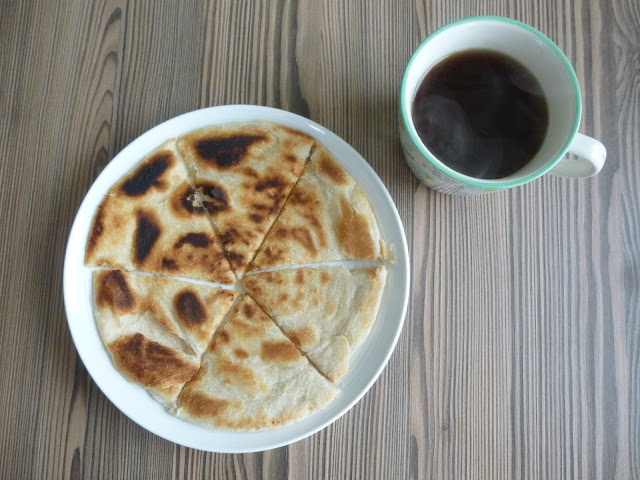 My lunch was a Garlic Paratha made with 50g of my flour ration and liberally sprinkled with Garlic Powder to give it flavour, accompanied by a black coffee ... one of three I will be making with my two teaspoons of instant coffee earned last week.

I burnt it slightly ... I like my food pale, but I ate the well done pieces first and then savoured the paler ones.  Then I sipped the coffee while watching an episode of The Bridge, it's surprising how long you can make a cup of coffee last when you know its the only one you will have until Wednesday!! 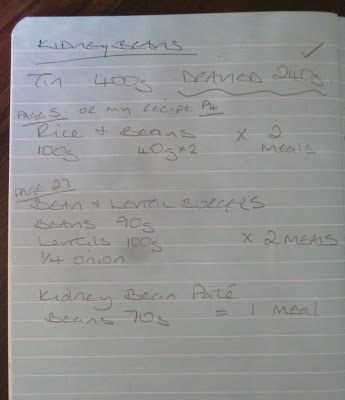 Tea time saw me and Suky waving Alan and Mavis off for the week, and then while Suky snoozed on her full tummy after her doggy dinner I started on mine.

I decided to cook up all the kidney beans in one fell swoop, so I checked my workings out for how much I could have for my evening meal.  Seemingly a 40g portion was what I had allowed myself.

Five minutes sautéing in a pan with two thirds of one of my onions, a dash of Paprika and a heaped teaspoon of Cumin and they were done. 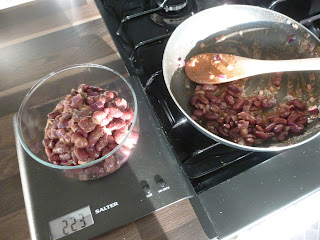 I separated off enough for the four other meals I will need them for and while these started to cool ... 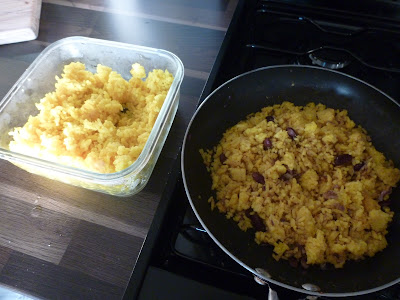 ... I added some of the cooked rice to the pan to heat thoroughly through.  The rest of the rice went straight back into the fridge and will be used for breakfast.  One less job to do in the morning. 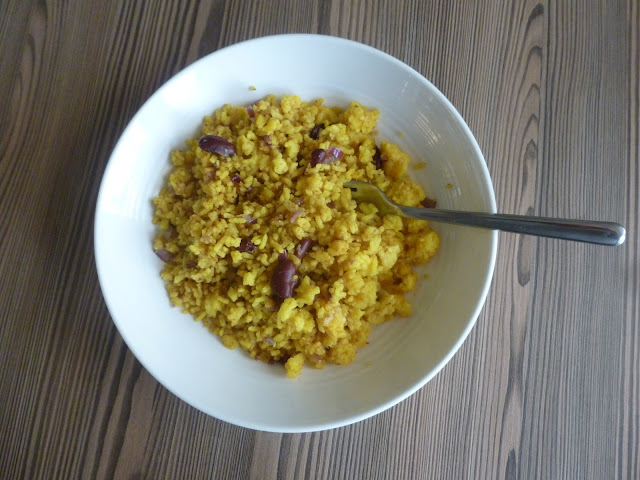 My tea - Spicy Turmeric Rice with Kidney Beans and Onion.

Another cup of hot water before bed and that was it ... my day in food.  The final foody job of the day was to tip my dried chickpeas into a jug full of water and leave them to soak overnight.

Day One under my belt ... will it be one notch tighter by the end of the week I wonder?
Why not visit Faith at Much More with Less and read all about her first day on the Challenge too.