The Ration Challenge - My Food for the Week 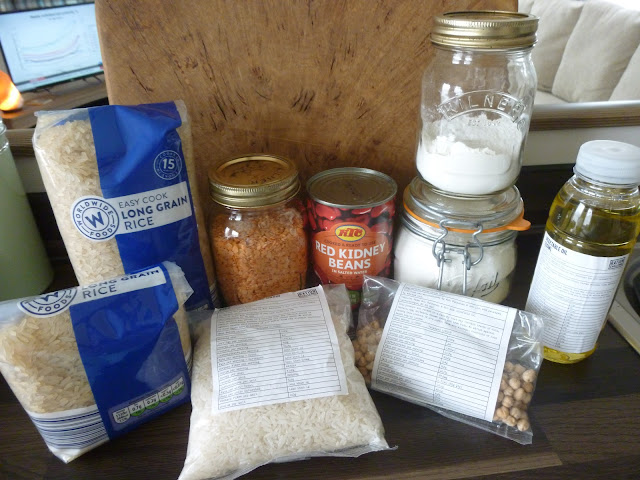 So here is the basic Ration Pack foods.

The things that arrived in the actual pack were:

With the coupons I could add from my own supplies 400g white flour and an additional 1.5kg of white rice.  Because I asked for the vegetarian/vegan pack I could also choose to replace the sardines that would usually be in the pack with 120g of a protein of my choice.  I realised that in the refugee camps people would simply swap with each other I decided to choose an additional 120g of red lentils. 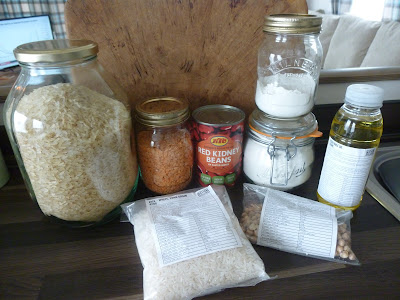 I decanted my rice into a large jar and put my flour in two jars as it wouldn't all fit into one.   The top jar has exactly 100g in it and will be used first. 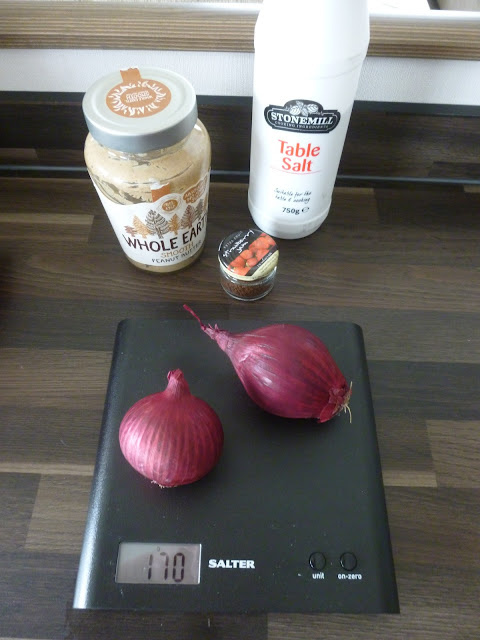 With the help of all my sponsors I have been able to earn some extras, just as the refugees do in the camps by doing jobs to help the camps run as smoothly as possible.

My Earned Rewards are: 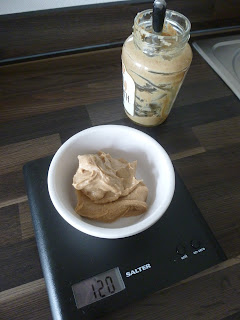 There was just enough in my jar, so I decanted it back after weighing it out. 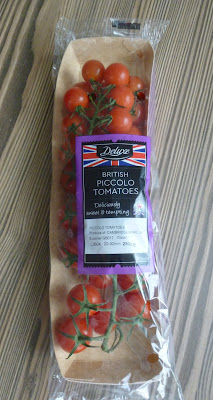 After much deliberation ... never has £3 been so important to spend correctly ... I chose to buy a pack of Cherry Tomatoes.  These will be used to top and accompany a pizza for one of my evening meals.

The teeny tiny jam jar in the photo with the salt, onions and peanut butter contains two teaspoons of instant coffee, which I earned for gathering over £39 of sponsorship in a 24 hour window.  This will be used when an emergency coffee is called for ... and every sip will be savoured.

Although participants can earn up to 10 teabags for asking for sponsorship, as I don't drink tea I didn't do this.  Coffee is not allowed during the Challenge so this little incentive to be able to earn just two teaspoonfuls was brilliant. 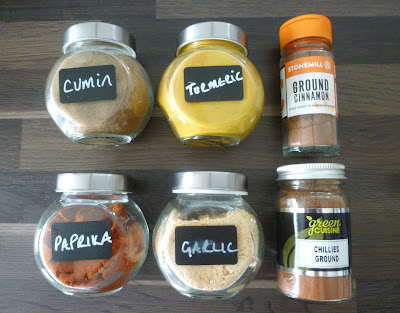 For initially sponsoring myself as well as getting the Ration Pack I earnt the right to use an unlimited amount of one spice ... I chose Cumin.  Then when I joined a team The Vegan Squad, I earned the ability to also be able to use the spices chosen by my team-mates.  So I can also use Turmeric, Cinnamon, Paprika, Garlic Powder and Chilli Powder 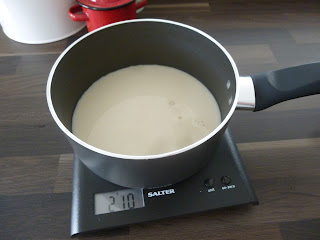 As well as the spices which you can share a team also earns 210mls of milk each.  As I don't use milk in much of what I eat and none of my teammates wanted my share, I offered it up to anyone on the Ration Challenge Facebook Group and it was accepted by someone who needed milk for her tea.

My Next job is to put all my available food on the little shelf in the Van and remove from sight and away from temptation anything else that is usually there.  I'll be back tomorrow with the first days meals, as obviously I have to make and eat them before I can do a blog post about them.

So I'll see you tomorrow.