The Week Before the Challenge 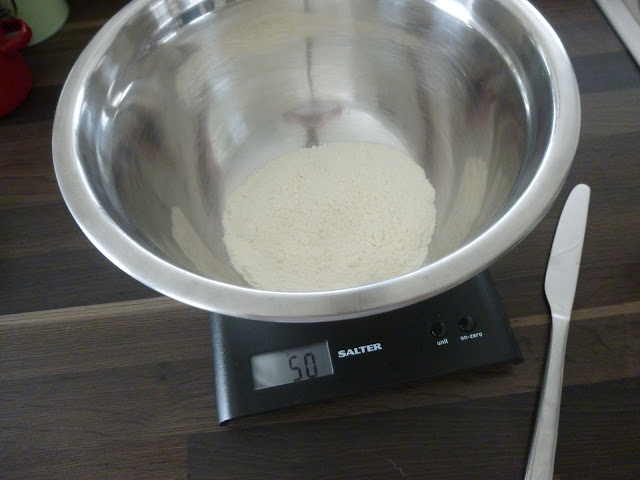 So there's less than a week to go before the Challenge kicks off again for this year and I decided the other day to have one final little 'play with my food'.  I had a little bit of flour in a jar in the Van so I weighed out 50g of it added a pinch of salt and just enough water to bind it all together to make me some pasta.

A quick knead and then a half hour rest for the dough while I got on with a few little jobs and I was ready to roll out my pasta. 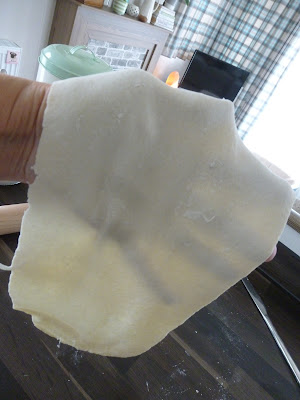 Just using a rolling pin and a well floured surface meant I got it reasonably thin, well I could see my fingers through it so I reckoned that was thin enough for me.  This was actually only the second time in my life I have ever made pasta from scratch, last time I was at the Vegetarian Society showing that pasta could be made without eggs, but then I had a pasta rolling machine.   If anything I found the rolling pin method easier and obviously there was a lot less to wash up afterwards ... always a bonus in my book!! 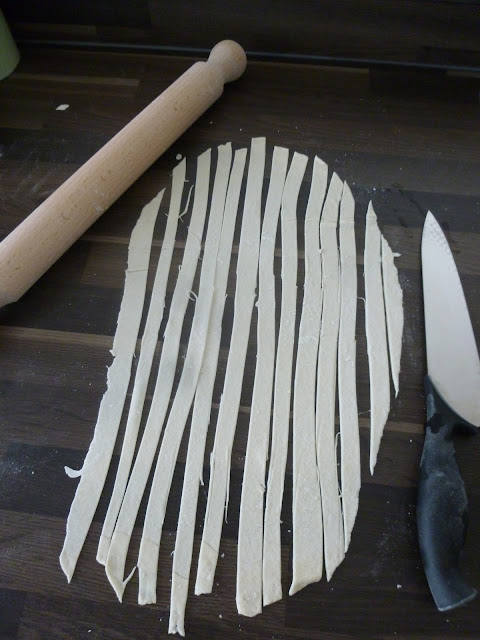 I sliced it into sort of tagliatelle width strips, I thought that was so much safer than trying to get to the spaghetti thinness. 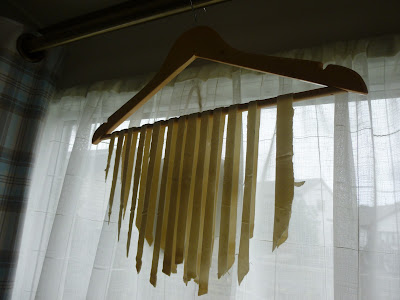 And then I hung it to dry, far out of the reach of a certain little permanently hungry Pug  🐕 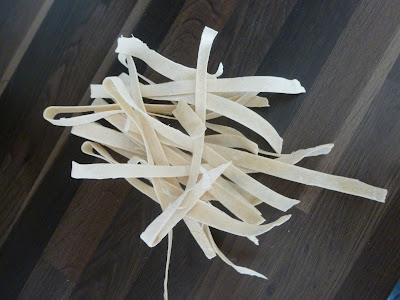 After a few hours hanging in the sunshine it was almost completely dried out, so I made a quick 'sauce' with half a dozen halved cherry tomatoes and a finely sliced spring onion that had seen better days.  Simply sautéed in some olive oil with a sprinkle of garlic granules and then a dash of the pasta cooking water right at the end to make it a bit more saucy.  It took around four minutes to cook and really was as simple as that to do. 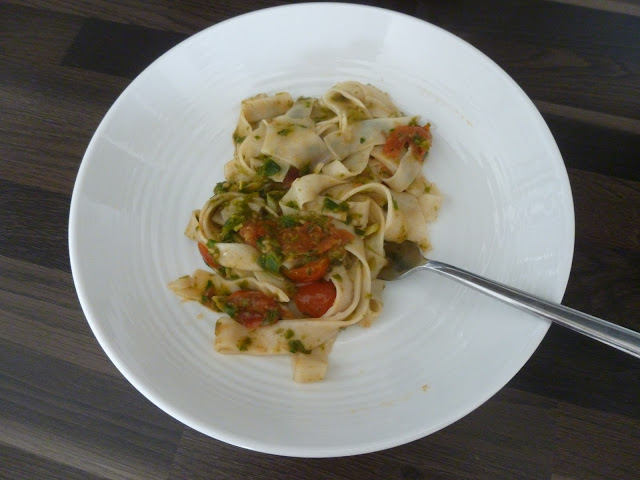 A tasty little evening meal and surprisingly filling for what seemed like a small portion.  A good finale to my practising for Ration Challenge Week.

I'm home in Wales at the minute but tomorrow morning I will be heading back to the Van and once there I will take some photos of my rations and get myself prepared for starting the Challenge.  I think a bit of this preparing may involve eating all the chocolate that is left in the Van in a bid to take away all future temptation ... it's a hard but very necessary job  😁

Thank you to everyone who has sponsored me by donating money to my fundraising page, between us we are doing an amazing job and we are now less than £11 from being able to feed nine refugees for an entire year.  Wow ... what a result.

Thank you so much.