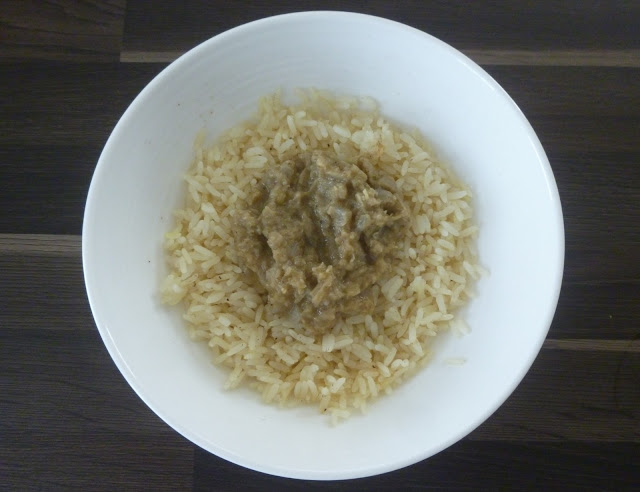 Breakfast was soooo tasty this morning after a couple of days of just 'Spicy Rice'.

And it was quick too because last night I got so hungry that I ended up making up a batch of rice at nine o'clock as some supper.  Planning ahead I saved half of it for my breakfast, so this morning it was just a case of  adding a dollop of my dahl to the rice and popping it in the microwave.  Not something a refugee would have access to!! 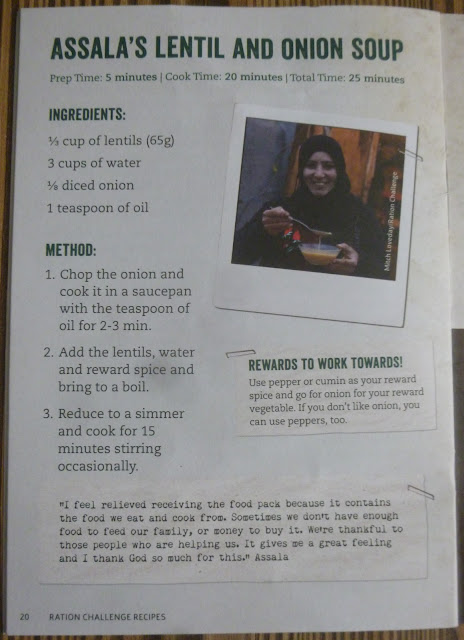 I decided I would make this soup recipe for my dinner, I didn't realise the weather was going to be so hot! 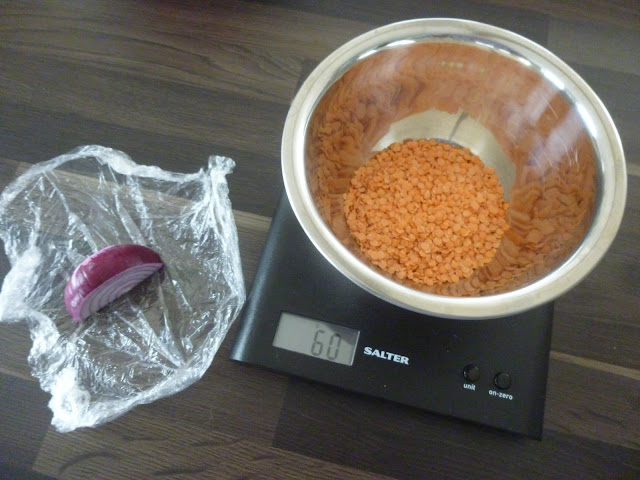 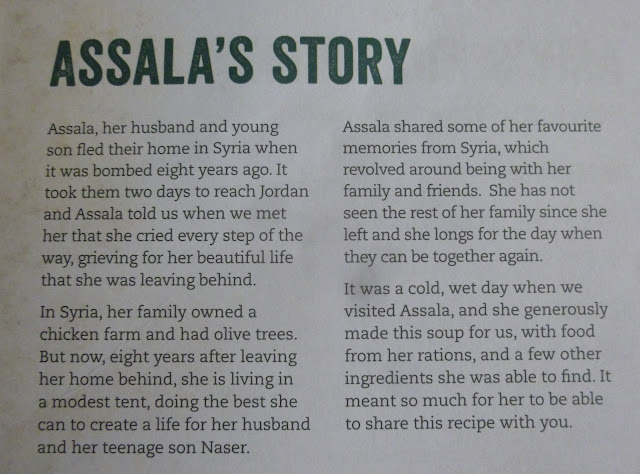 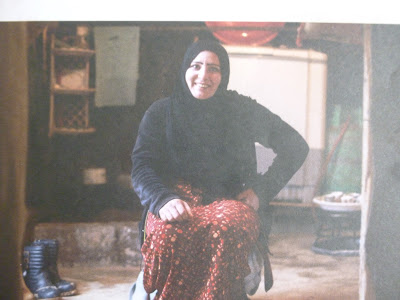 And the lovely lady herself. 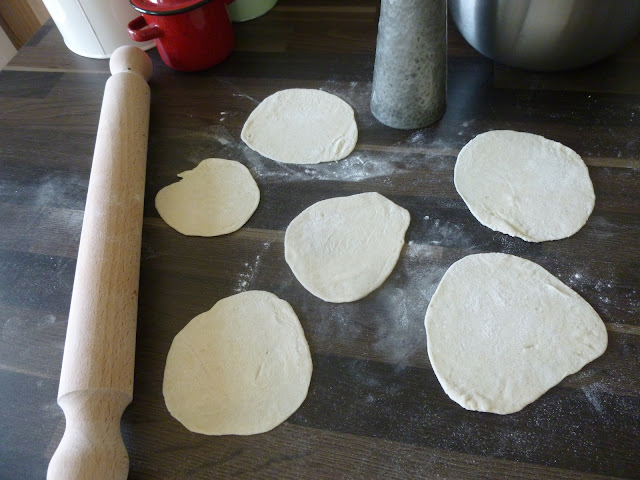 While the soup bubbled away I made some flatbreads with 50g of my flour ration.  Three to go with the soup and three to take to Mum's when I go tomorrow. 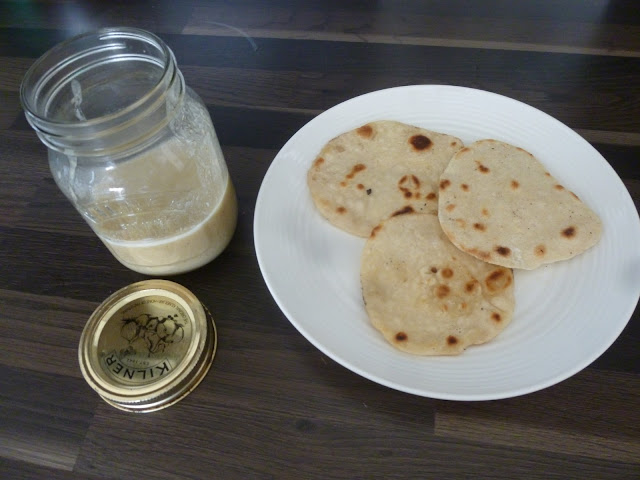 And I thought I had taken a photo of my lunch, but I didn't 😢

So this is a photo of the leftover soup ... which was very tasty by the way ... ready for another day and the three flatbreads that will be coming out with me tomorrow.  This is the first instance of my losing my mind, or maybe the second ... I went to put the keys in the fridge earlier instead of hanging them in the cupboard next to the fridge 🤣🤣

I'm losing it and it's only day three!! 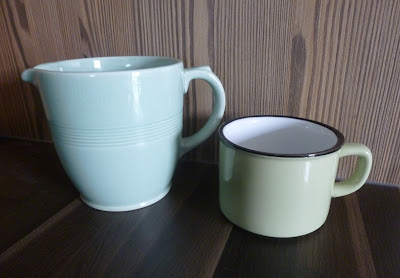 Next I had to take Suky to the dog groomers, as well as needing a really good groom her nails all needed clipping.  Now usually while she's there I would go into one of the many little independent cafes in Garstang and have a coffee, but obviously this time I couldn't so I went round all the charity shops instead.  In one of them the Woodsware 'Beryl' jug was waiting for me, and for just £3 she had to come home.  In another I spied this lovely little china mug that is pretending to be an enamel one, this time for 49p ... how can you say no at that price 😁 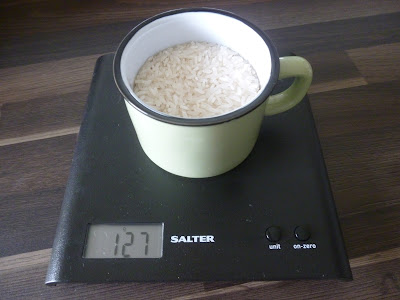 The little mug proved to be just the right size to measure out two portions of rice, one for my tea and one to save for tomorrow night when I will be travelling back to the Van and may not be in the mood for too much cooking.  It's a slightly odd amount as I wanted to use up the last of the rice that came in the Ration Pack as it seems to be slightly different to my other white rice and I didn't want to mix them. 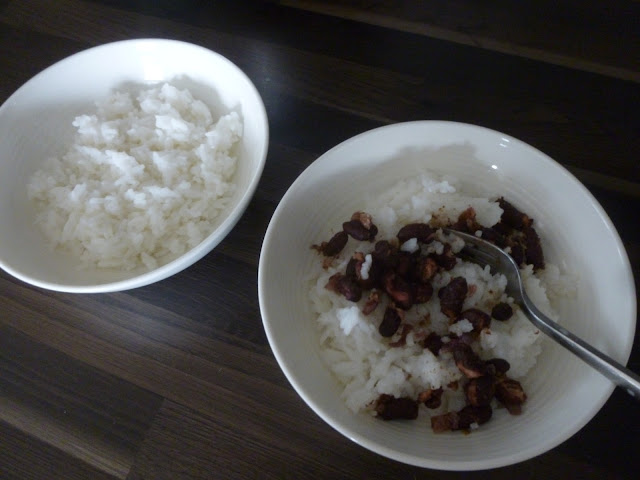 Day Three Tea - Rice and Kidney Beans, with a dish of rice cooling ready to go in the fridge for tomorrow.

It's been a good day I am feeling okay generally, a bit of leg aches rather weirdly this morning but I seem to have walked them off.  Apart from that everything is fine, and an added bonus I slept like a log last night ... always a good thing.

Thank you for all the sponsorship and all the good wishes, you really are my cheerleaders 💖