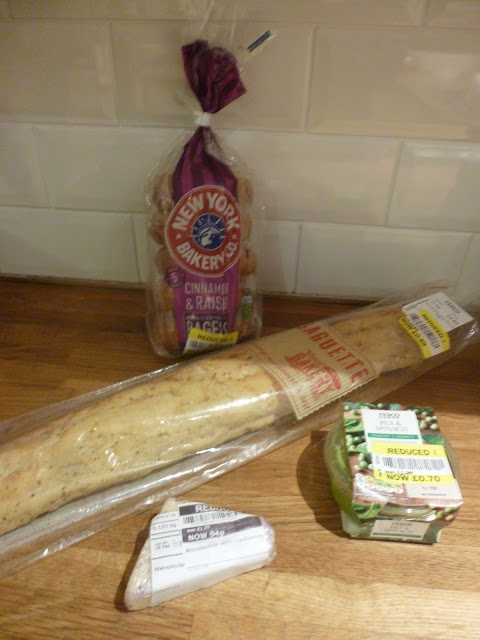 We took the dogs for a long walk on West Shore in Llandudno the other night and had to call at Tesco on the way home for some petrol for my car.  Well ... it would have been rude not to pop in and see what yellow stickers goodies were waiting for us ... wouldn't it  ;-) 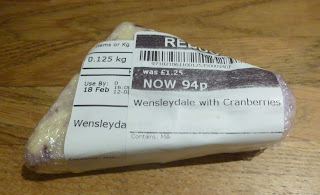 Alan rummaged in the cheese tray.  Bits and bobs of cheese from the Deli counter are weighed out,  wrapped and put into a big tray on the reduced shelves every day.  He snaffled himself a little wedge of Wensleydale for 94p, only a 31p saving, but it all adds up.  Pity it's a white sticker rather than yellow ... but hey ho ! 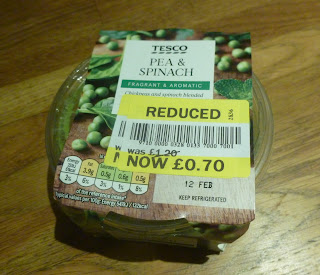 He also chose a pot of this puree type thing.

It's almost a hummus texture, but the flavour was not to my liking at all too lemony/vinegary.  I don't like tangy foods.  He's made good use of it though having dollops on lots of his meals since buying the pot. 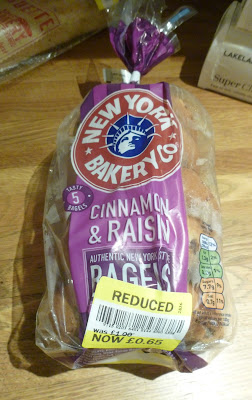 Something I did like were these cinnamon and raisin bagels.  These have kept us in tasty breakfasts for a couple of days, and were a bargain at just 65p.  With my homemade orange marmalade they are delicious. 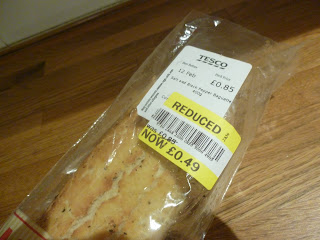 Something else we both enjoyed was this baguette for just 49p.  We didn't notice at first that it was a Salt and Black Pepper baguette and was very peppery. 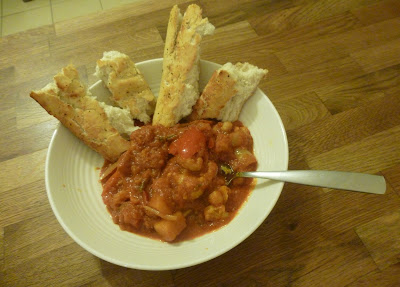 But it went wonderfully with the Mixed Vegetable Masala I showed yesterday and saved me from having to cook any rice.  Yes ... I tore it up instead of slicing it neatly, I'm a messy sod  ;-)

So for a last minute dash in and grab some bargains type of shop we did pretty well.  It wasn't a big saving, but it was money off, and the things we managed to get complimented other things we had already purchased and everything was very tasty - so a good result!!