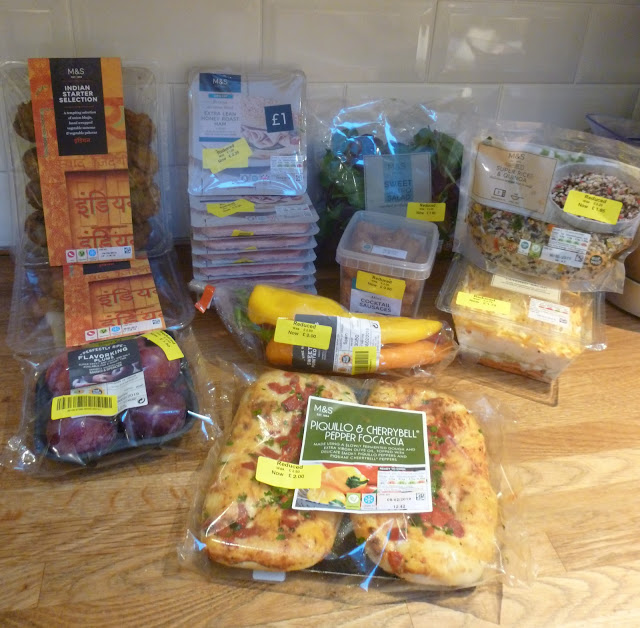 I might have been 'robbed' in yesterday's post about the Co-op but I struck gold with my little foray into Marks and Spencer.  Talk about being in the right place just at the right time.  As I walked in two ladies were going round with a small trolley adjusting the yellow stickers that were dotted around on lots of various shelves with to quote them 'the second reductions of the day'.

I managed by circling a couple of times to get this little lot, some first reductions and some second, which will be added to many meals over the course of this Challenge. 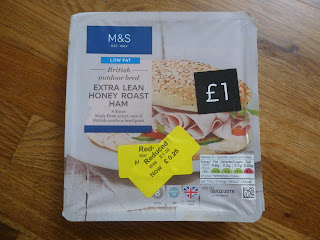 My biggest coup were these packs of ham slices,  at first I thought they each contained four slices, but it turns out after using one pack on buns for Alan's lunch yesterday that each pack actually contains eight wafer thin slices.

I bought eight packets at just 25p each, and no, I didn't nab them all before anyone accuses me of being Little Miss Greedy Guts, there must have been about forty packs all reduced to this price which lots of other people were gradually taking. 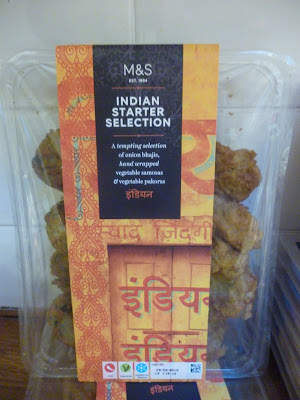 I also picked up two packs of these Starter Selections. 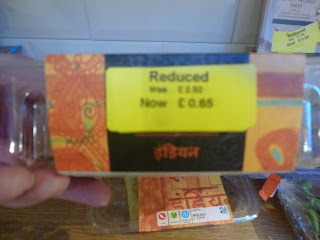 At just 65p for each pack they were a really good bargain ... and ideal Six Nations snacking food along with a bottle of beer. 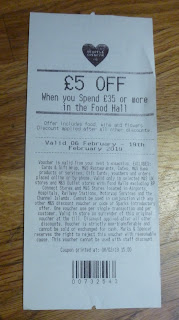 After I had paid the till spat out a coupon for £5 off a £35 shop, perhaps to be used after the Challenge is over.  I only tend to use these if there is something we really do need to stock upon so I will wait and see as I have until the 19th to use it. 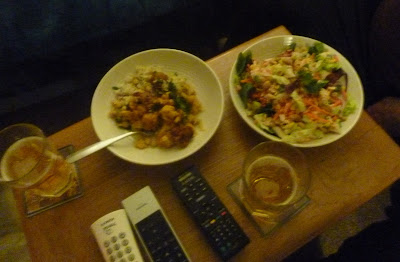 My Wicked Curried Cauli ready meal and Alan's Cheese Salad Bowl from this M&S shop, on a bed of Mixed Leaves ... all YS items.

Sorry for the slightly blurry photo ... and that was before I drank my glass of cider  ;-)