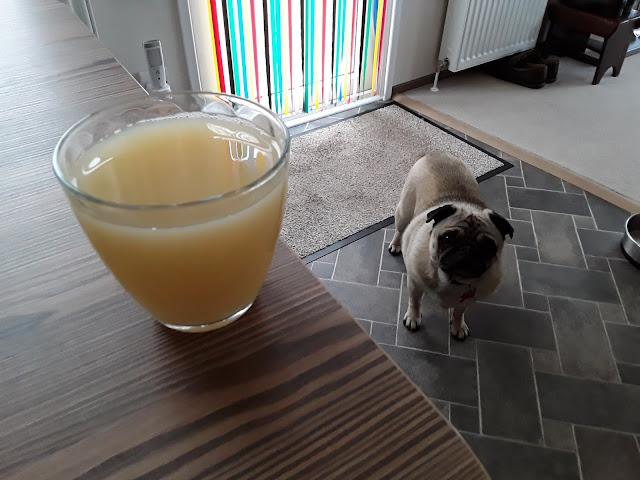 A glass of grapefruit juice, well two actually as I went back for more, wow who would have thought that I could drink straight grapefruit juice ... and not a pulled face in sight. It was lovely.

I took Suky for a long doggy walk across the river and through the fields, on the way back we stopped at Suky's favourite garden centre and coffee shop ... no really it is ... every time we pass there she wants to go in and pulls for the entrance.  I think it's partly that she's in love with Pip the garden centre's free roaming terrier and partly because she knows there's coffee, biscuits and cakes to be had.

So I had a very allowable black filter coffee and Suky got to eat all of the little complimentary shortbread biscuit that comes with all hot drinks instead of her usual little corner.  Pip came over to say hello when he spotted Suky sniffing his bed in the corner by the ceramic planters,  double whammy so now she'll pull even harder next time we pass ☺ 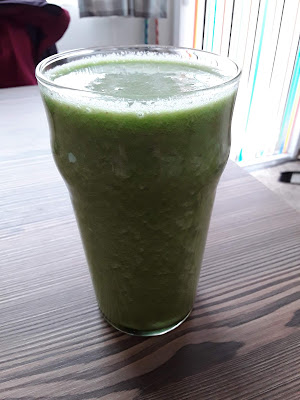 An hour later it was time for lunch.
My final green smoothie of this week, using an apple and the last of my bananas and spinach. 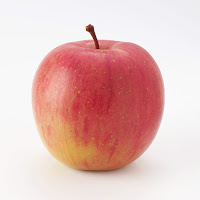 But I  had one apple left so I ate it as it was after drinking my smoothie. 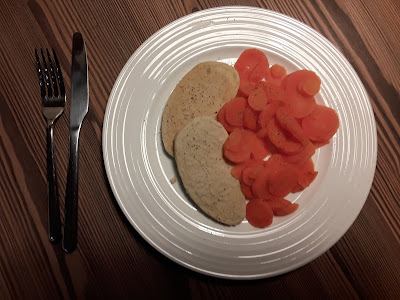 I wasn't looking forward to my tea.  Two Quorn fillets and boiled carrots,  but it was surprisingly tasty.   And now because of doing this diet I've discovered that these fillets taste one hundred times better when they are zapped in the microwave for two minutes each. 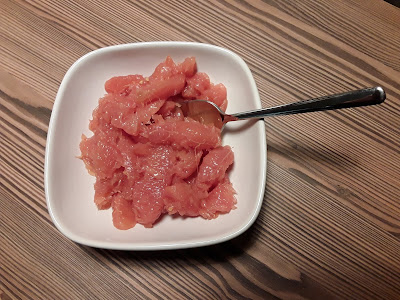 Final meal of the day was supper and yet more grapefruit.

This time I cheated and it came out of a tin.  So much easier and no grapefruit juice in my eye, stinging fingers or loads of mess AND I actually think it works out cheaper as a tin cost me 75p and the grapefruits were 60p each in Tesco.  There is definitely more grapefruit in my bowl than the segments from two fruits. 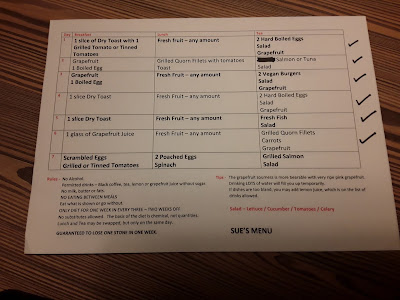 So this is it, my penultimate day done and dusted.

Not quite as tough as the last couple of days and the best bit is that the end is in sight.