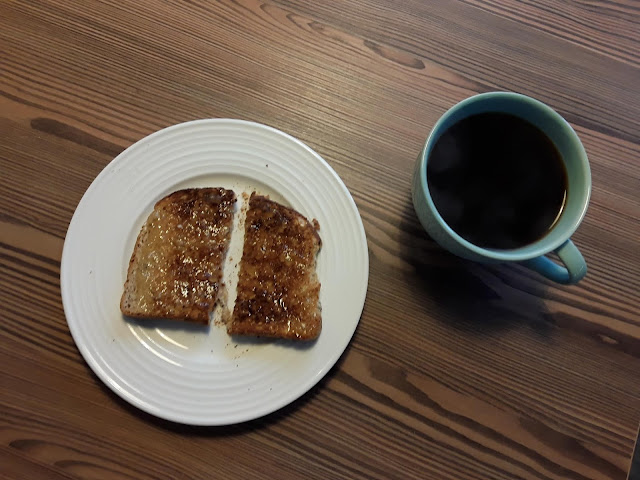 Breakfast the first day after the Challenge was a simple black coffee and slice of toast ... with homemade lemon marmalade.  The first thing I've eaten in a week with non naturally occurring sugar.

I had nothing else as I just wasn't hungry. 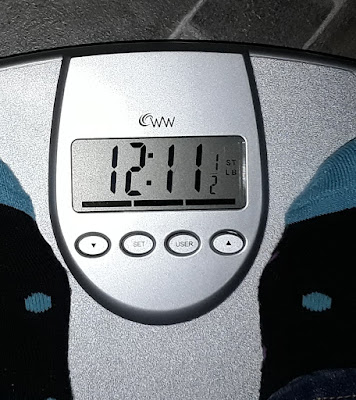 The all important weigh in, and I think that the thought of this was the only thing that kept me on the straight and narrow for the last seven days.

Over half a stone and two inches gone ... I'm really pleased with this.

Especially as it's with virtually no exercise, as I hurt my left foot one day into the Challenge and couldn't get any footwear on except my wellies.  So my only exercise during the whole Challenge was slow doggy walks.

So what did I find hard -

Not being able to pick at what I fancied.

Grapefruit without sugar was very hard for the first couple of days.

There seemed to be food everywhere I looked, it's the run up to Christmas and tasty treaty foods seemed to be on every advert on television, every poster outside shops and in every book or magazine that I read.

Going to the supermarket for my tomatoes was very difficult ... SO MUCH FOOD!!

Having a definite menu plan and  knowing exactly what I was to have for each meal.

Grapefruit suddenly being tasty on it's own, both the fruit itself and the juice.

Travelling with my foods, one cool bag was all I needed.

Having someone else doing this with me.  Although we were apart for the majority of the Challenge being able to swap moans and accomplishments with each other really helped.

By the way Alan lost 3lbs over the course of the week, not too shabby when you consider he had extra toast with butter on a couple of times and milk in all his drinks.

Would I do it again - NO.
Even though I lost so much in a week it didn't suit me at all. 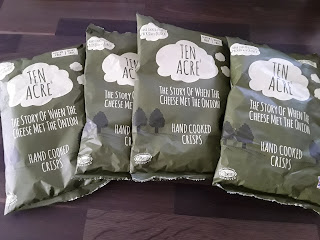 I treated myself to some crisps while I was out shopping, I know of no shops near us in Wales that sell these big family packs of totally dairy free cheese and onion flavoured crisps, so it will be nice to take some home with me.  But where as at the start of the week the bag of these that I already had in the cupboard was calling to me ... now I have absolutely no cravings for them

Perhaps that is what this diet does, switches off cravings and makes your stomach smaller.  It's now over four hours since my single slice of toast ... and I'm not even slightly hungry!!

But, and it should be a big BUT neither of us lost the 'guaranteed' one stone during the diet.  I wonder who I go to to get my money back 😆😃🤣

Email ThisBlogThis!Share to TwitterShare to FacebookShare to Pinterest
Labels: End of Challenge Round Up, The Lose 14lbs in 7 Days Diet