For the Price of a Coffee - Day Seven - The Meals 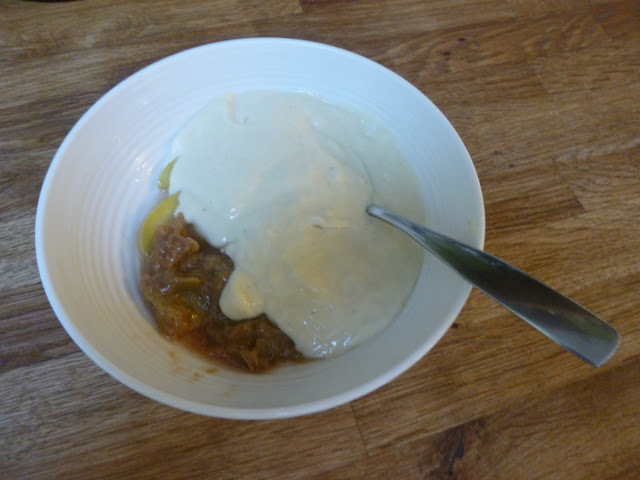 Breakfast - Last third of the Yoghurt with Stewed Apple and Rhubarb

Nice and tasty, and very light compared to the first few days cheap porridge oats, which although fine on the whole, do seem bland and stodgy compared to the jumbo oats I usually have for porridge making. 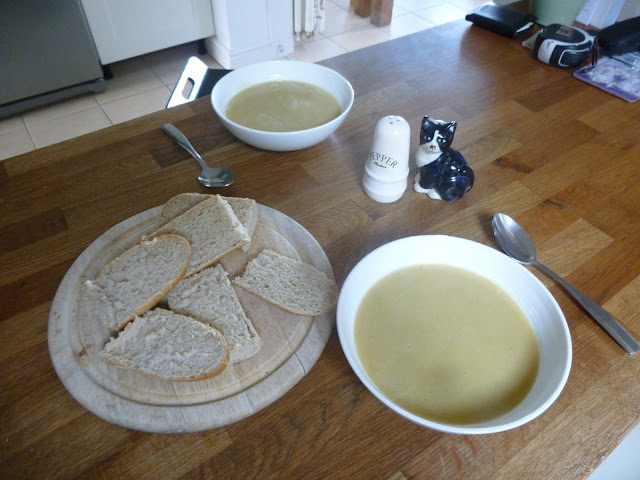 Although I had divided this soup into three portions I decided to use it all up for todays lunch as Alan was sharing with me and there would be less bread to eat.  It really was worth making this soup out of all the trimmings and peelings from the vegetables used in the Challenge.  It was nice and smooth after being passed through a sieve once I had made it, and really tasty. 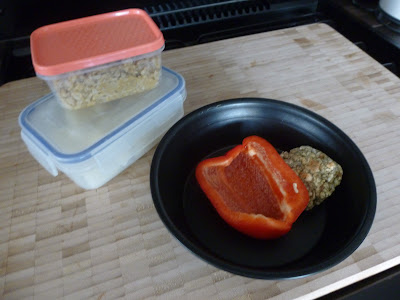 Once I had arrived back home at the Van,  although I was tired I wanted something tasty for my tea and as I put things from the cool bag into the fridge, the box of cooked potato and the little tub of rice/dhal mix that I had saved from my meal the other day gave me the inspiration that I needed and I knew exactly what would fit the bill.

I wasn't overly hungry so I cut off about a third of the red pepper, drizzled it with some oil and put it to roast in the oven for a few minutes while I prepped , or rather simply mixed together, the rice/dhal mixture, the green trimmings from a few of the spring onions and one of my little stuffing patties.  After the pepper had had about ten minutes cooking on it's own I stuffed it with the mixture letting what was over spill into the little cooking dish. 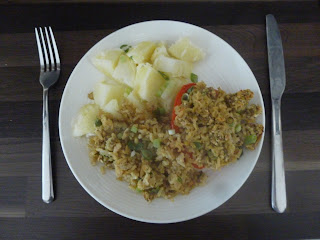 After another 15 minutes of cooking it was done, so I quickly zapped the potatoes in the microwave.  Once everything was ready I plated up and sprinkled over a finely chopped spring onion.  For cheff-y green freshness … and flavour


Back later with all the End of Challenge Round Up.