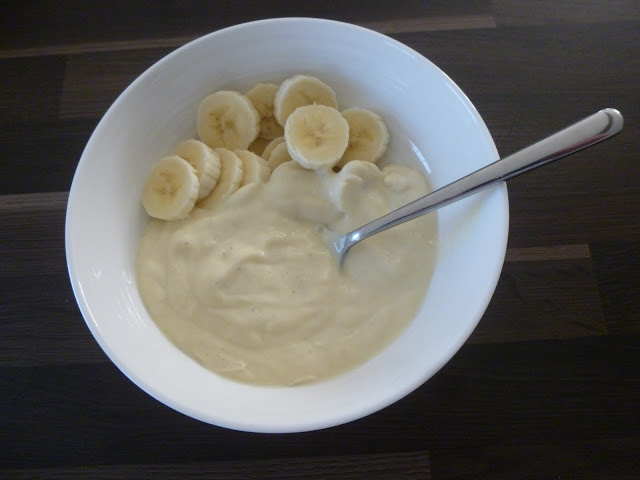 Breakfast - Banana and 1/3 of the Vanilla Yoghurt

Gosh, that made a nice change from porridge and went down a treat. 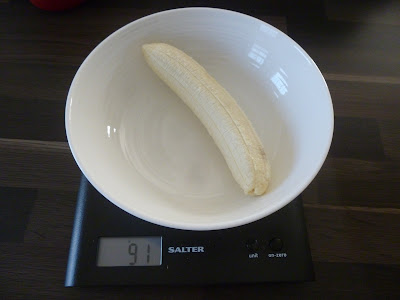 As my banana was pretty small I thought I would weigh it to see if it would still be the full 80g that is recommended to make up each one of your five a day portions, it was happily well over the recommended minimum. 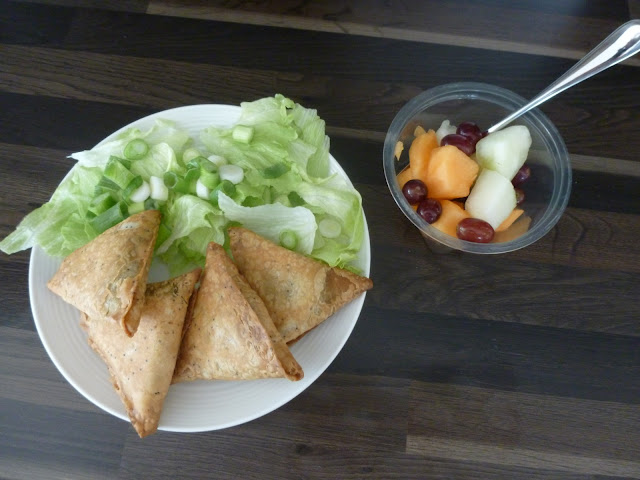 Wow, this was tasty and very filling.  Unusually for me, I ate the fruit as a pudding after the samosas, usually I eat fruit first as it whizzes through your digestive system so much faster than any other foods, but I didn't have too many burpy moments on my drive back to Wales. 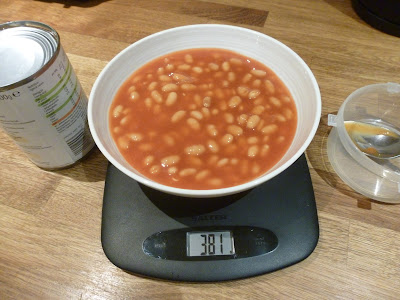 Weighing out my beans to divide the tin in half, I discovered once again for value beans that I had been shortchanged.  This happened me before when I was doing another Challenge.  It might not seem that much just under 20g less of beans, but when these are usually bought by the people that need the most food for their money I think it's disgraceful.  If the supermarkets are under filling each tin by 20g they get an extra tin for every 20 that they fill ... and more profit.

Last time I wrote and complained because I used four tins and every single one was the same, this time I just have one tin so do I complain ... I don't know. 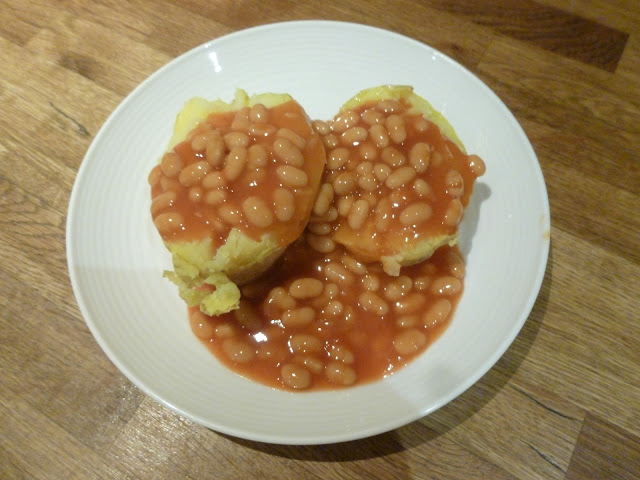 Tea - Jacket Potato with half a tin of Baked Beans

It was very tasty and simple but filling.  I was going to have some salad with it, but I wasn't that hungry, so this was more than enough.  And the beans gave me one of my five a day anyway. 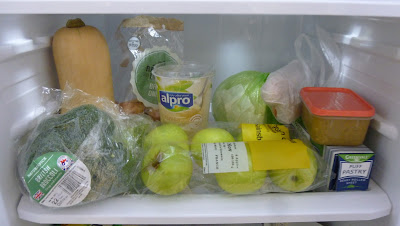 A really good day of vibrant and tasty foods, and because as per the rules of this little Challenge Within a Challenge I didn't dip into my already well-stocked little larder I have lots of food going forward, including the leftovers from today ... and the apples which I didn't even touch.

Email ThisBlogThis!Share to TwitterShare to FacebookShare to Pinterest
Labels: Challenge Within a Challenge, For the Price of a Coffee, The Meals