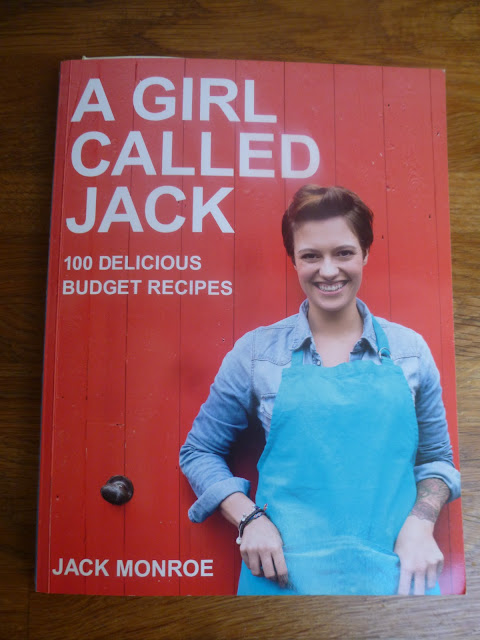 Jacks third random pick this week but all from different books. 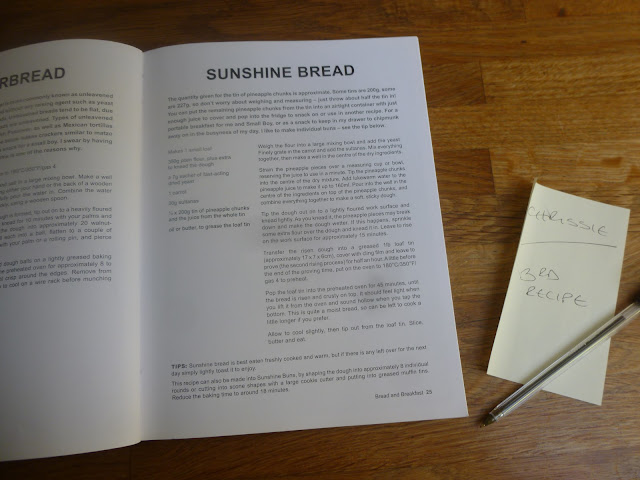 Page 3 had no recipe, so I went instead to Recipe 3 = Sunshine Bread 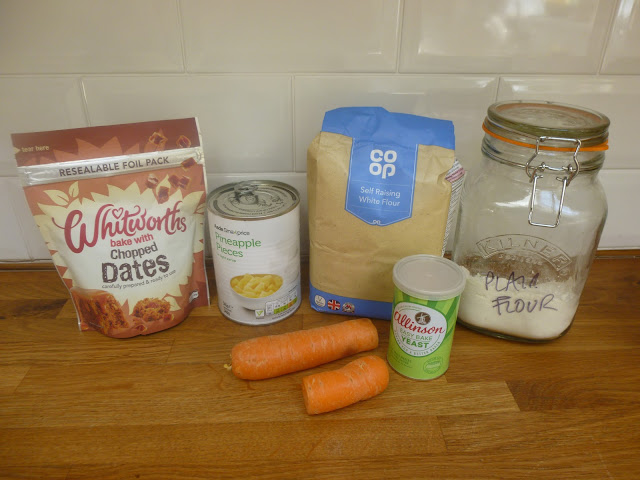 I sort of  had the ingredients for this one.

Some self raising flour to top up my lack of plain flour and I had some chopped dates, that I chopped up a bit smaller to make up for my lack of sultanas.  My tin of pineapple pieces was twice as big as the one specified so I had to play a bit guessing how much of the liquid to use ... and finally my carrots had a bit of mould so I used the best bits of two of them, peeled and carefully checked over. 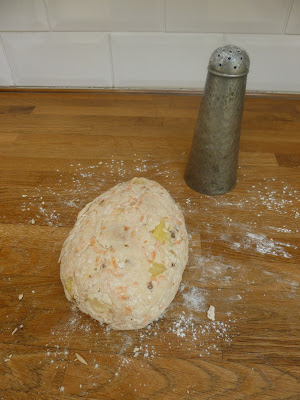 I followed all the instructions and ended up with a squidgy bread dough, it feels very strange kneading even lightly a bread dough with little bits of wet pineapple in it. 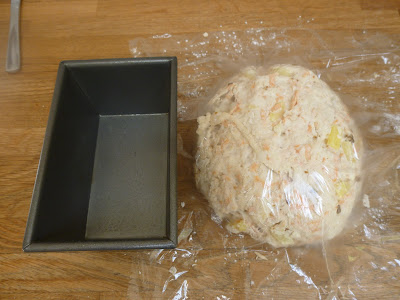 This amount of dough was supposed to make a one pound loaf but as you can see from this photo my ball of  dough even before the first 15 minute rising was already bigger than the tin.  So Alan who was passing said 'Why not make two one pound loaves then.' 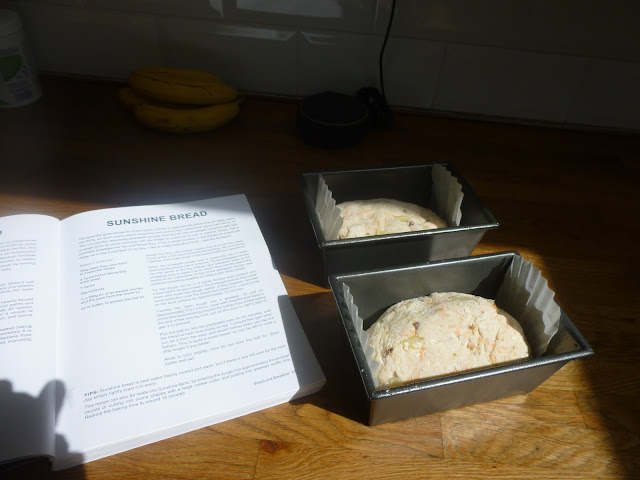 Sunshine Bread rising in the sunshine ... how very appropriate.

I did cover it with a tea towel after this photo for the short second rise of 30 minutes. 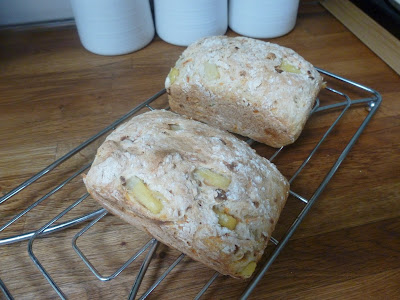 Out of the oven bang on time and the little loaves looked and smelled wonderful.  The good thing about Jack's recipes is that they work every time. 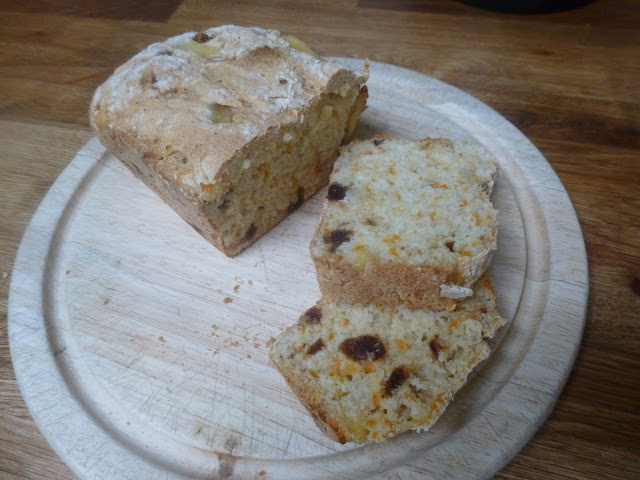 We had a couple of slices each with lots of butter while it was still warm from the oven as suggested in the book, and then later we had a couple more toasted as it also suggests in the recipe.  Well it's important to do as you are told with something as yummy as this.  It is lovely tasting and a strange mixture of a bread and a cake.

I'll definintely be doing this one again. 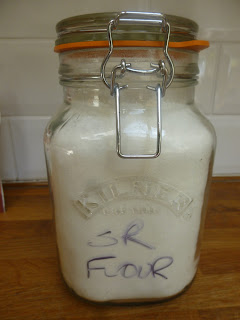 Oh. and I remembered to re-label my now re-filled flour jar.

Come back tomorrow for the final day of Cooking the Books and  Margie's choice of Book 17, Page 42.

Email ThisBlogThis!Share to TwitterShare to FacebookShare to Pinterest
Labels: Challenge Within a Challenge, Cooking the Books, Crazy Days Challenge, Recipes