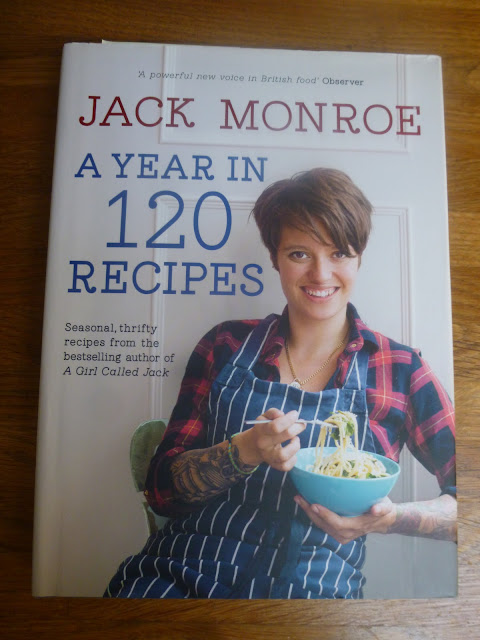 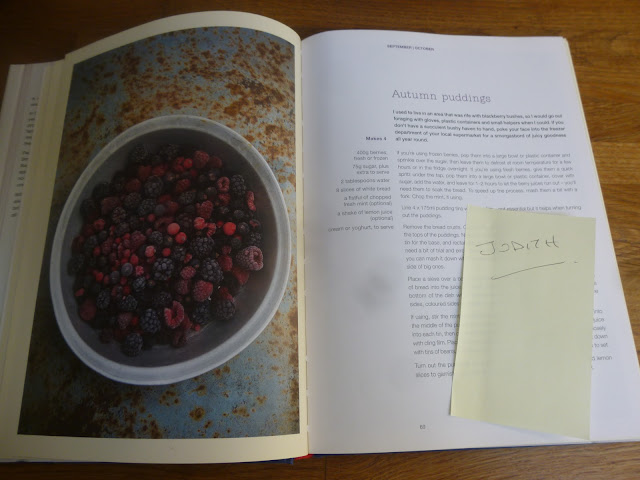 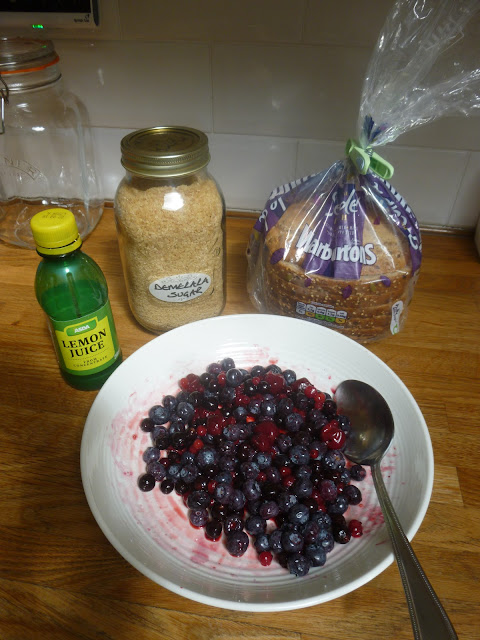 I only had half the amount of fruit needed, so I simply halved all the other ingredients too.  I also had no white bread or any spare white sugar, so I used what I had. 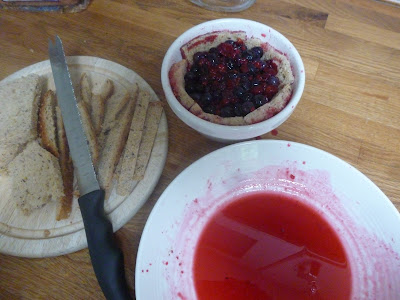 It's a very easy recipe to follow, so simple.  Well I mean it's just fruit and bread really with a bit of sugar and a dash of water ... what could go wrong!!

Any of you who have made Summer Puddings before will notice immediately what I have done wrong on this photo.

Yup ... I forgot to line the pudding basin with clingfilm!! 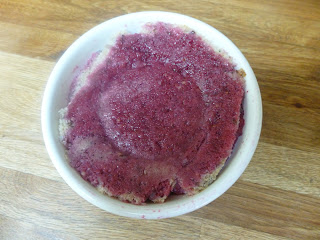 And I didn't even think about this until I woke up this morning, it was literally the first thing on my mind 😄 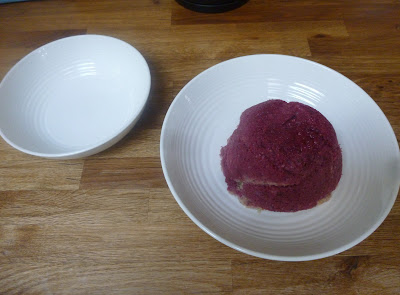 I decided to have this for breakfast, well it's fruit and bread ... breakfast food disguised as a dessert.  Using my trusty flexible spatula inching carefully lower and lower down the pudding bowl I managed to ease it out in one piece. 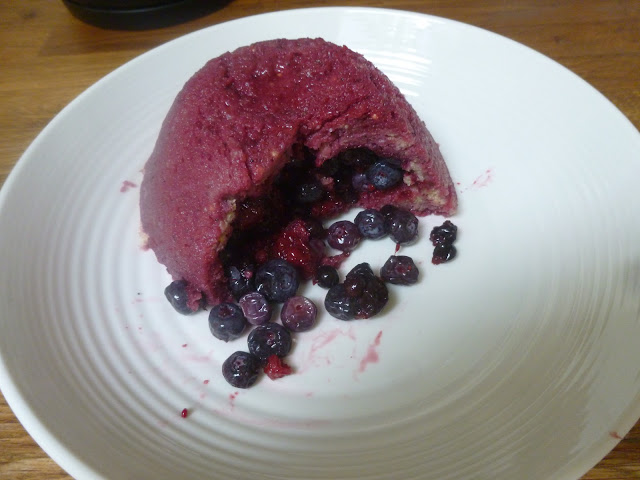 Gosh this was tasty.

Far tastier than just soggy bread and fruit should be.  I'll definitely be making this one again.  It looked so good that Alan, even though he had just eaten two fried eggs on toast asked if he could have a small portion too.

We'll have the rest for dessert tonight with a dollop of ice-cream ... just so it doesn't seem too much like we're eating breakfast again 😃

Today I will be making Marlene's choice of Book 7, Page 8 ... see you tomorrow with the grand reveal.

Email ThisBlogThis!Share to TwitterShare to FacebookShare to Pinterest
Labels: Challenge Within a Challenge, Cooking the Books, Crazy Days Challenge, Recipes