Challenge Eight - The £19.25 One Shop Challenge - Shopping the Cupboards 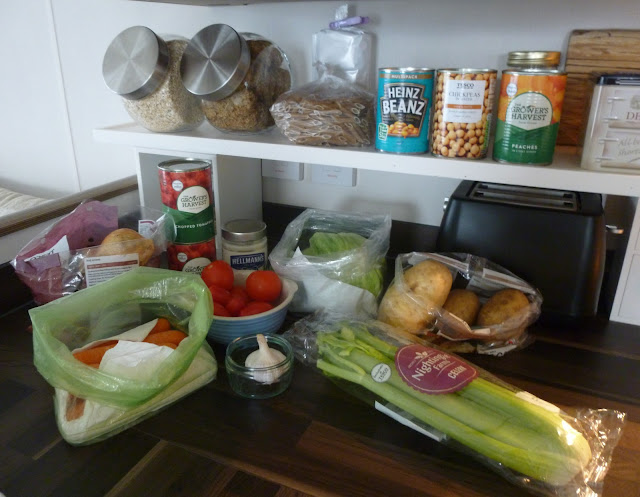 I was pleasantly surprised to find out that I had most of the food that I needed for my menu plans in my cupboard and fridge here at the Van.

I was a bit dismayed though to see that the only baked beans I had were Heinz.  At 85p per can as opposed to the 22p that a tin of Tesco beans would have cost me, it was going to be a chunk out of my £19.25 budget.  But I'm playing fair, that's what I had so that's what I had to 'buy'. 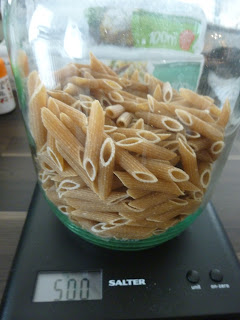 I weighed out 500g of penne pasta from my big jar and decanted it into another one.  This pasta was bought from Tesco and is the same as the one on the website now so that works well. 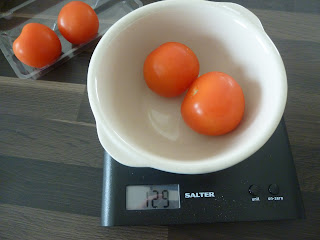 At first I was in a dilemma with the tomatoes, a pack of six tomatoes is 69p and I only had four of them left, but I did have some cherry tomatoes, so I decided to weigh out the smallest and largest of the remaining salad tomatoes, to get an average weight and use that to top up the pack with some of the cherry tomatoes. 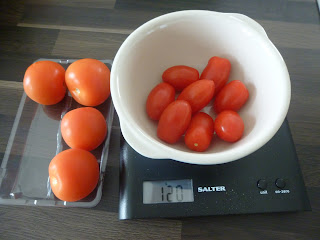 It sort of balances out, I ate the other cherry tomatoes as I was faffing about so I couldn't see if I had one that weighed the missing nine grams … oh well serves me right for nibbling 😉 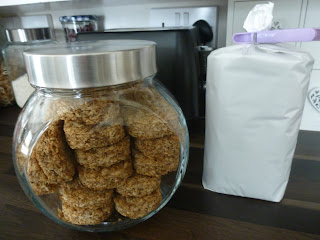 The Weetabix was easy to sort out as these are already the Stockwell Wheat Biscuits from Tesco in my jar, at just 75p I actually prefer them to proper Weetabix.   I always decant them into a jar when I get a new pack as I hate the daily mess of bits falling everywhere if you don't.  I think at the most there are only two or four biscuits missing from this pack and as I only need eight for my breakfasts and perhaps a couple for a snack or supper this will be fine.  I'll give myself a bit of leeway somewhere else if it is needed.

The only other thing that was annoying was that I only have two brown onions and the majority are red onions, which at 62p a kilo are 12p more expensive that the brown ones I would have bought, but again I'm playing fair.

I'm a bit down on carrots, I really needed six and I only have four but the ones I have are a decent size so I think I'll be able to manage.  The mayonnaise is actually only half a jar but I think that will be enough for what I need it for.  I think I'll allow myself to dip into my little sachet stash if I run out.

I have three potatoes and actually need six so that's an easy buy to top up.  Everything else is pretty self explanatory I think from the photo.

It's strange isn't it how quickly you start to think in pennies rather than pounds, I mean I've lost out on 75p because of my beans and onions … and that is why I think a Challenge like this every now and then is a really good idea, especially at this time of year when the constant bombardment with adverts can get you loosening the purse strings without even realising it. 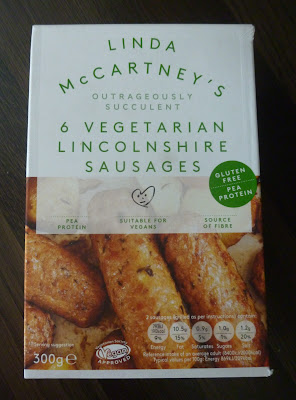 So the food I have 'bought' from my cupboards and fridge, along with these Linda McCartney Sausages from the freezer have cost me (according to mysupermarket.co.uk) a grand total of £12.56.

Email ThisBlogThis!Share to TwitterShare to FacebookShare to Pinterest
Labels: New Challenge, Shopping, The £19.25 One Shop Challenge