The £3 a Day Challenge - Using Up the Leftovers 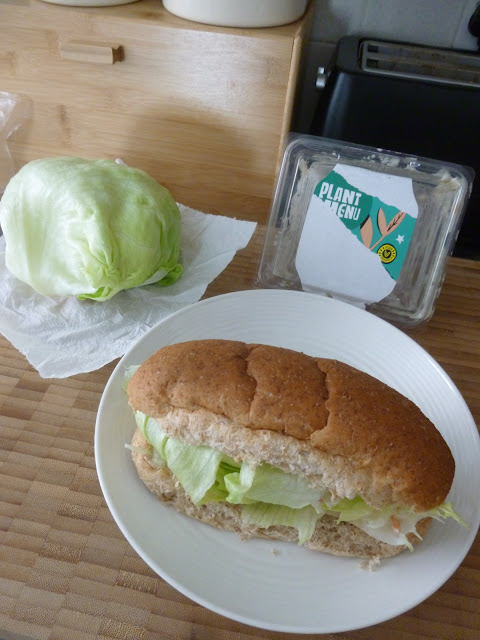 Having such a small amount of storage space it has been important to me to quickly make good use of the foods I bought last week during the Challenge, especially the already cooked leftovers and the fresh salady stuff.  One of my first use it up meals was a lettuce and coleslaw bun, a nice filling lunch which simply added a brown sub roll to my Challenge leftovers. 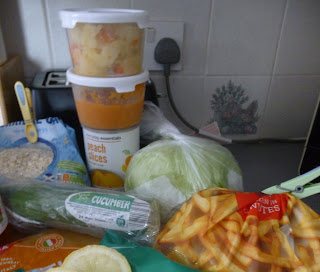 Then I made use of the cooked potato/carrot/onion mix ... 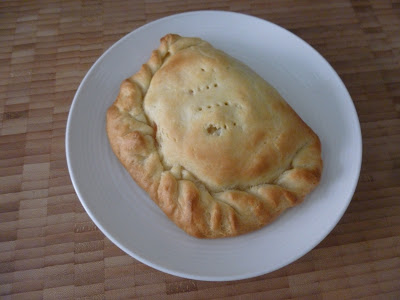 ... and made myself a pasty.
Which also neatly used up a third of a roll of shortcrust pastry that I had in the freezer.  I am in the process trying to use up the contents of the freezer which seems to be lots of bitty stuff, half a pack of this, half a pack of that.  When you have such a tiny freezer space it's like playing freezer Tetris every time you go in there when there's a lot of stuff, especially when most of it is singly wrapped to save space. 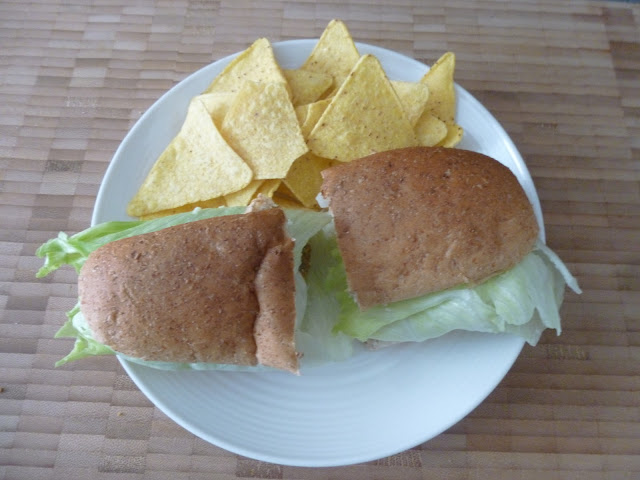 Lunch the next day was a bit similar to the top photo, but this time some sliced cheese and cucumber   was added to the lettuce, and it was served with some of the tortilla chips as a crunchy nibble.
The flour has been tipped into my large flour jar, the oats into the oats jar, the spaghetti is in the spaghetti jar and the garlic cloves and baby spinach have been added to the bags of both in the freezer so there is no immediate rush to use them before they go off.  We are both using the marmalade when we have toast in the mornings and the peach slices have been added to the other tinned fruit in the cupboard to be served with some ice-cream one evening when we fancy a treat.
Lunch today is going to be the last of the lettuce and cucumber with the remaining sausage rolls, so as you can see nothing will be wasted ... which makes me very happy 😀
Sue xx
at 10:38

Email ThisBlogThis!Share to TwitterShare to FacebookShare to Pinterest
Labels: End of Week, The £3 a Day Challenge