The £3 a Day Challenge - Day Seven 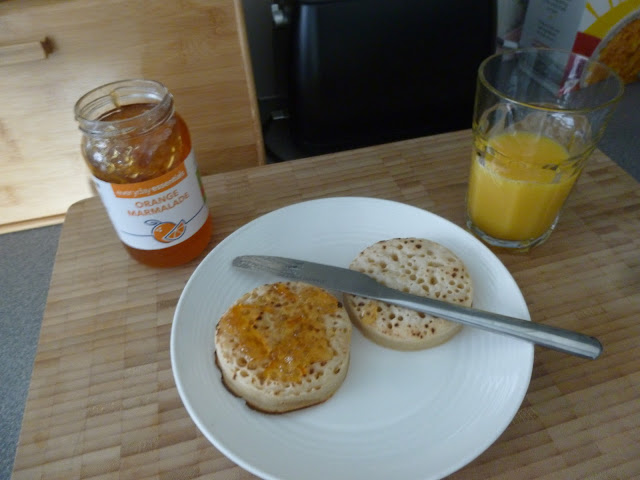 The first two meals on this my final day of this Challenge both came in two parts.
My first breakfast was a couple more of yesterdays crumpets spread with the tangy orange marmalade and a glass of orange juice,  and then because the shops don't open until 10am on a Sunday I couldn't go shopping until after the doggy walk.
It was a glorious morning so we took the longer way round the river first down one side and then up the other, which rather handily brings me out just near Sainsbury's, which by that time had just about opened.  So I was one of the first customers, and I bet the only one armed with only £1.57 😄 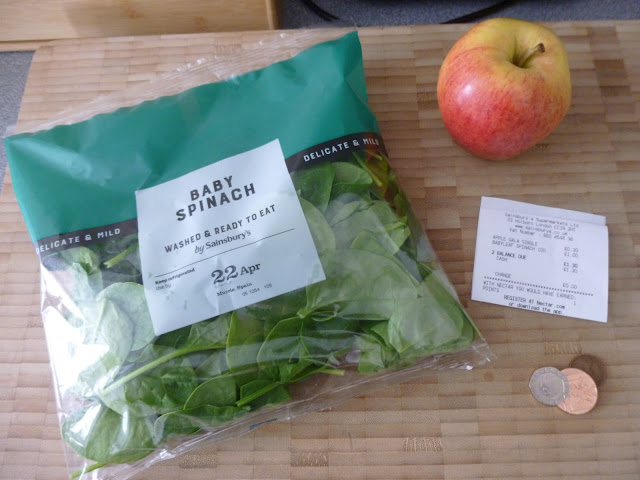 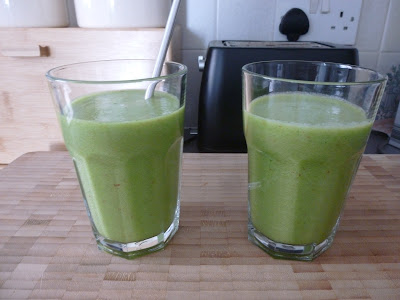 2nd Breakfast
A nice green smoothie for us both, using the apple, my last banana and a good handful of the spinach.
It's nice to share 💖 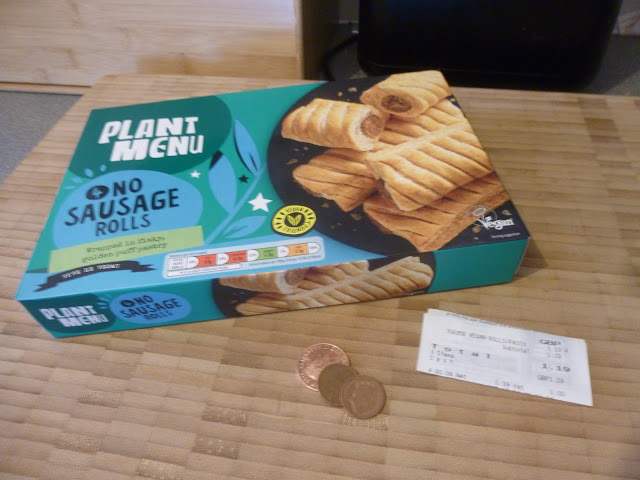 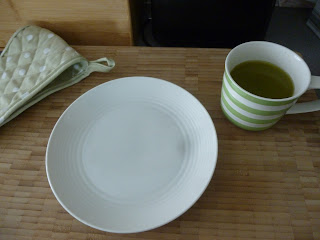 First Lunch
While the sausage rolls were cooking I had two mugs of the 'free soup' that I made yesterday with the trimmings and peeling, gosh that was tasty 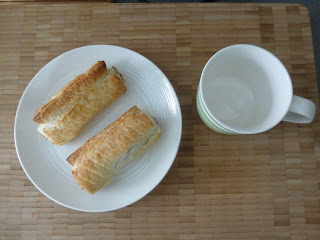 Two of the sausage rolls, these really are the best vegan sausage rolls on the market in my humble opinion and are at their best eaten when they have cooled down for about 10 minutes after coming out of the oven.  I was really full after two mugs of soup and two sausage rolls!! 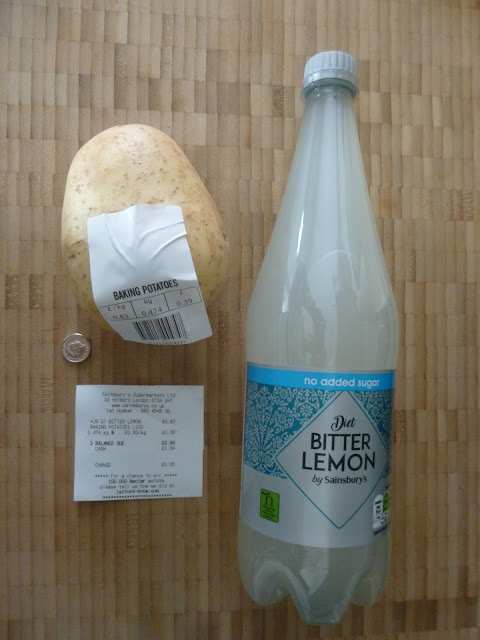 Teatime Shopping  ... and the final shopping trip of the Challenge.

I couldn't afford any alcohol to celebrate the end of the Challenge, although believe me the thought of saving up for some had crossed my mind 😊 ... but I could afford 60p for a bottle of diet Bitter Lemon which is one of the few fizzy drinks I like. 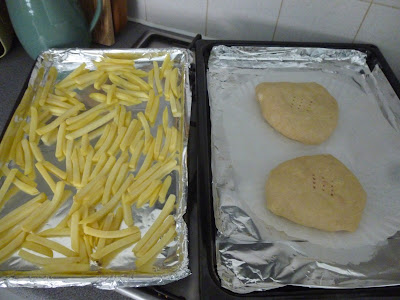 Vegetable pasties, the filling made with the potato, the carrot from yesterday and half an onion from day five, all simmered together in stock and then slightly mashed up with lots of salt and pepper. 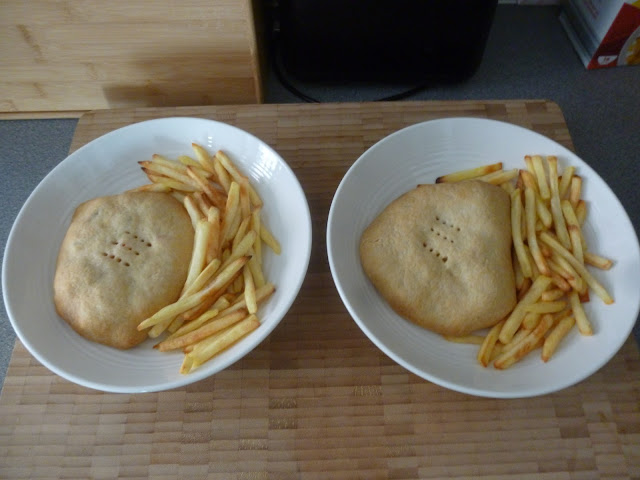 We were going to share the tin of peaches for pudding but we were both far too full.

I have the feeling that's not quite right!!   I'm sure I should have 9p but it's the only money left in my coat pocket!!

- lots, I'll be back tomorrow with a photo.

And that's it final day over and done with, it's been a good week and it has absolutely flown by.  I'll be back tomorrow with a bit of a round up.  Thanks for following along everyone, there have been a lot of views every day, even if most of you have been too shy to comment.

Email ThisBlogThis!Share to TwitterShare to FacebookShare to Pinterest
Labels: Meals, Shopping, The £3 a Day Challenge