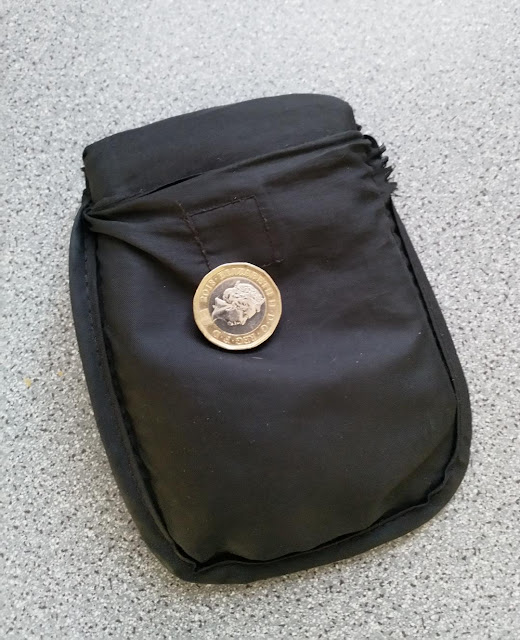 On a bright and sunny Monday morning I trotted off to Sainsburys armed with my re-usable bag and a single pound coin, my logic being that if I didn't have any more with me I wouldn't be tempted to go over for my first shop of the Challenge. 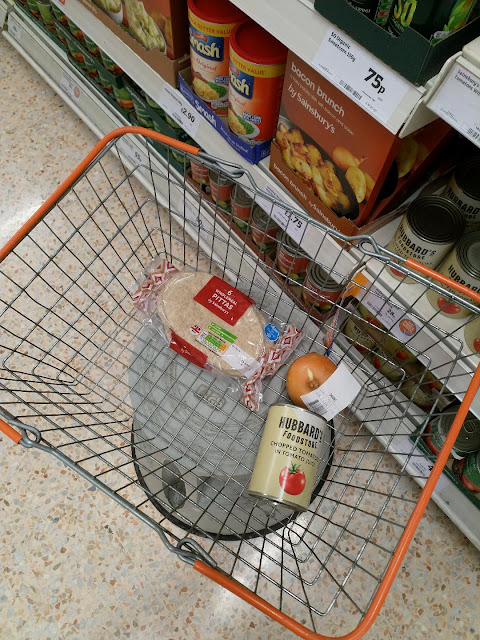 It worked.  I had planned to have tinned tomatoes and onion on toast and I managed to get all the ingredients I needed.  There was 22p left over, ooh I thought, is that enough for some garlic?  But on walking back to the fresh produce aisle I discovered that the bulbs of garlic were 25p each 😞 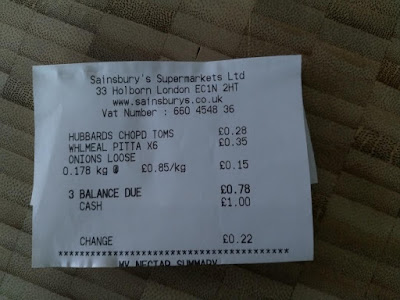 Oh well, it meant that I would have an extra 22p to spend somewhere along the line. 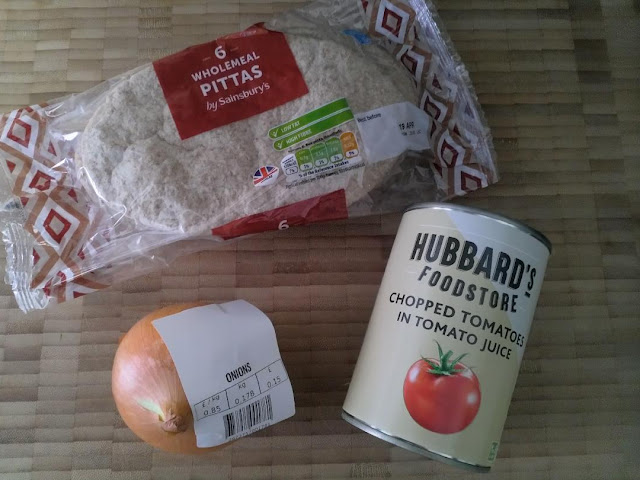 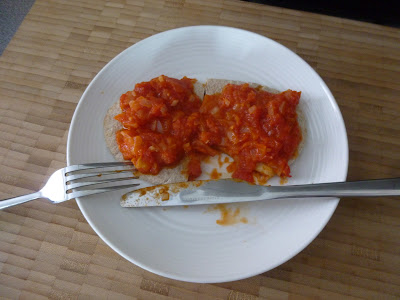 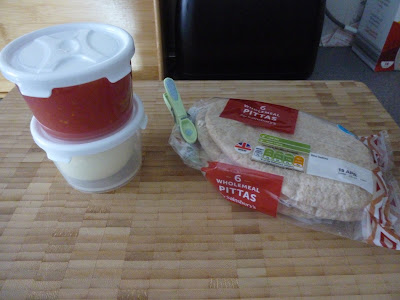 Leftovers
Six pitta breads, 2/3 tin of tomatoes and most of the onion.
The pittas were the only way I could afford to get any bread to make my breakfast a complete meal.  The cheapest loaf was 55p and it was that pappy cheap white supermarket bread that I just would not have enjoyed (they had no cheap brown loaves left).  Actually the pittas have worked out well, as when I cut them in half they fit neatly into my tiny toaster.
Time for Lunch ... 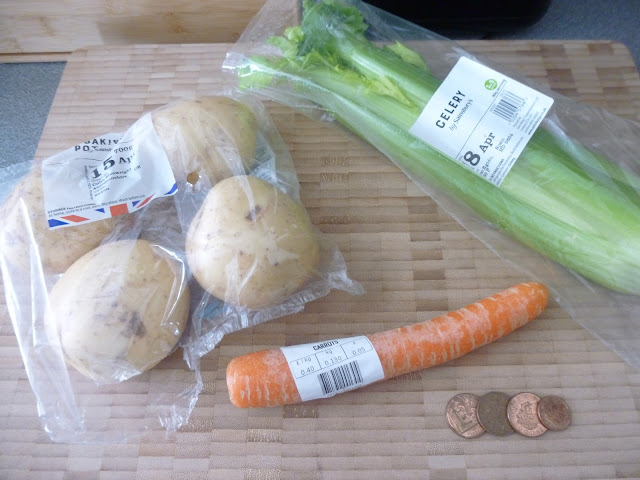 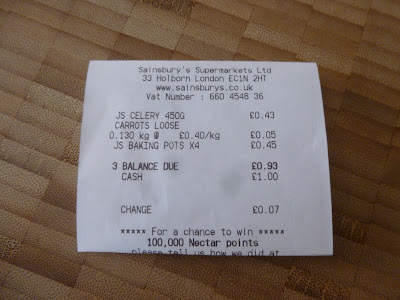 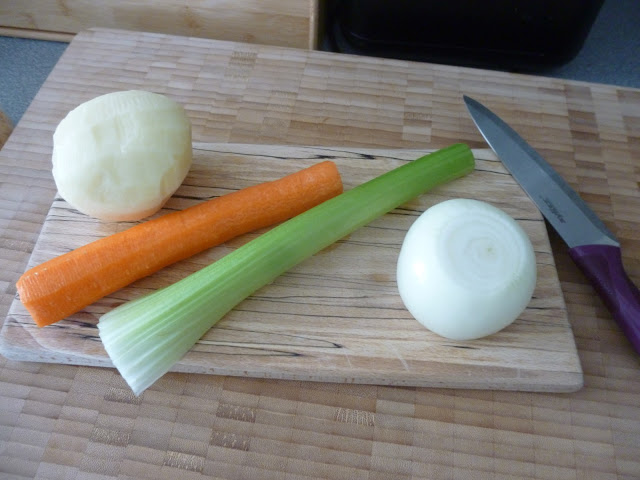 Everything peeled, washed and ready for chopping, I decided to add another potato after I had taken this photo as I do like a higher potato ratio in my stews 😀 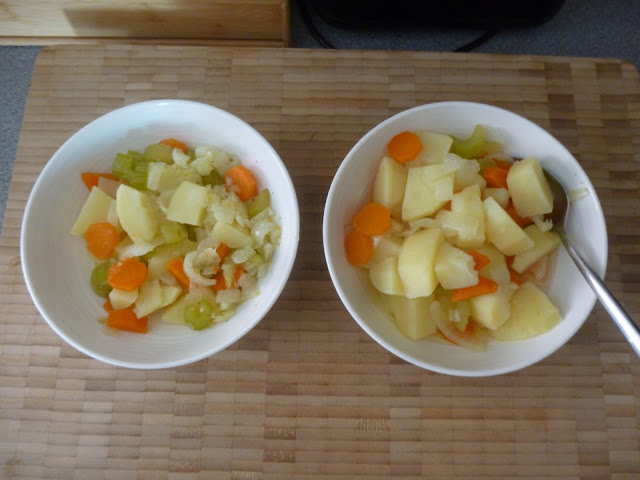 The bowl on the right was my lunch and very tasty it was too, and the bowl on the left a more strained version and with all the bitty bits from the pan is going to be the filling for a pasty. 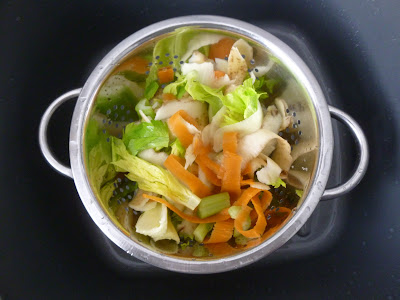 A colander full of the washed trimmings and peelings ready to go into the freezer to give me a pot of 'free' soup in a couple of days. 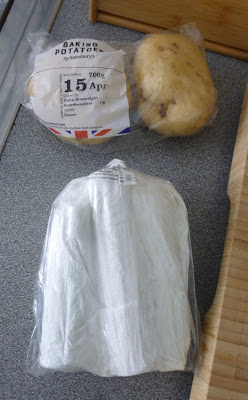 Leftovers
Two baking potatoes and most of the celery, now washed and wrapped so it stays nice and fresh for the whole week.
And then there was Tea ... 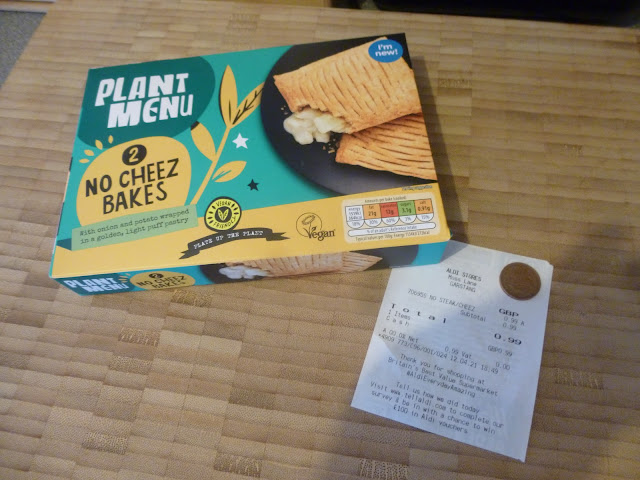 After a day of walking, cooking and cleaning up the mess at the house I'm afraid on the way back from the evening doggy walk I just went down the easy route, and as these Aldi No Cheez Bakes were on offer at 99p (instead of their usual £1.29 I think it is), I just bought these.
Teatime Shopping 99p
change 1p 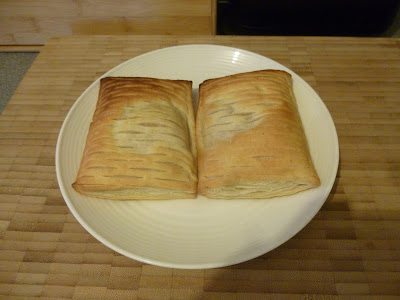 Half an hour later and my tea was ready.
Not magnificently nutritious but it hit the spot and with a cup of coffee and the latest Midsomer Murders it made for a pleasant evening before an early night. 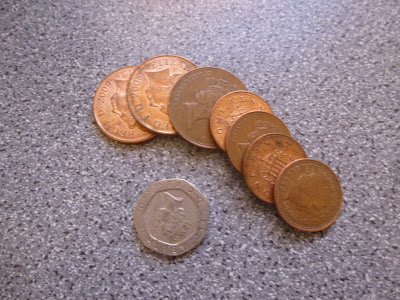 So not a bad  first day and there was money over ... a whole 30p.
Which will roll forward to breakfast tomorrow and give me a little leeway with my spending, and perhaps encourage me to eat a little more healthily 😃
Food carried Forward
5 pitta breads
2 potatoes
most of a head of celery
2/3 tin tomatoes
Sue xx
at 07:44

Email ThisBlogThis!Share to TwitterShare to FacebookShare to Pinterest
Labels: New Challenge, Shopping, The £3 a Day Challenge, The Meals