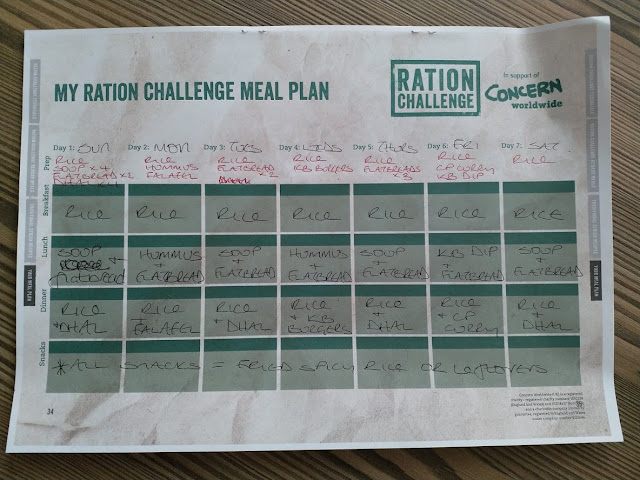 Over the last couple of days I finalised a menu plan to keep me on track with what I'm eating and what I'm doing over the course of the Ration Challenge week ... and it looks like this.

Even though I only have limited ingredients I wanted to use them each in a couple of different ways so that it should appear that my diet has a little bit of variation in it.

I have kept my breakfast each day to a bowl of rice as I don't like to eat a lot first thing in the morning.  Usually it's coffee and then another coffee with either porridge or toast an hour later, with an occasional foray into cereal or yoghurt.  But this week it will be rice, rice or perhaps some rice. 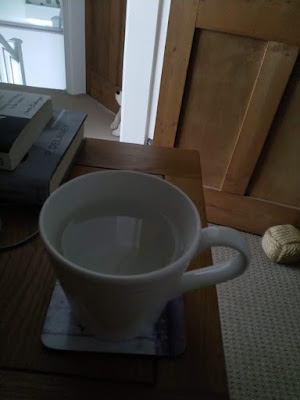 This mornings first drink of the day - hot water. 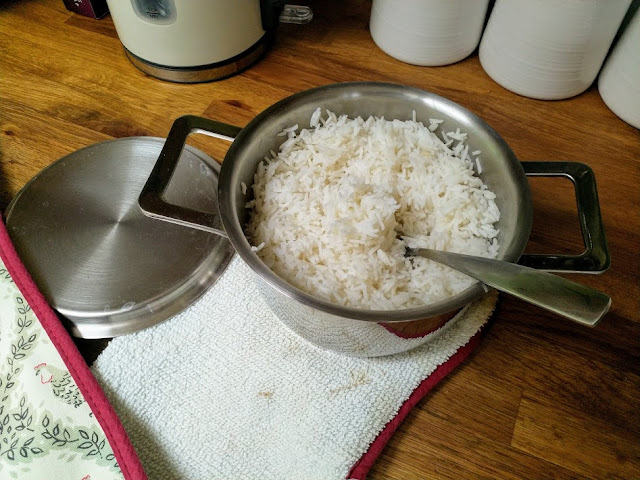 An hour later I thought it best to get some rice cooking.  I made a day's worth of rice in one go to save time later.  I think I'll do this every day, it will be a good routine to get into. 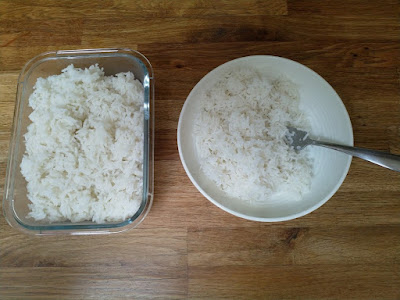 I had a bowlful for breakfast, and the rest was quickly cooled and then refrigerated for later. 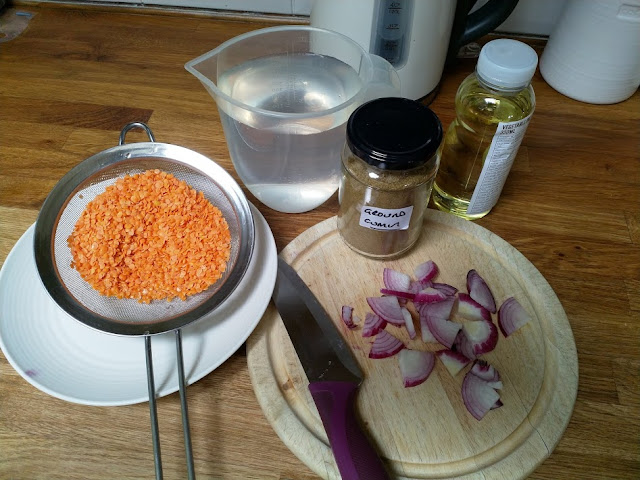 While the rice was cooking I got all productive and made my Lentil Soup for the week.  I have planned for four lunches of lentil soup and flatbread.  To try and  make enough for my four portions of soup I used -

To extract maximum flavour possible from the very small amount of onion, I cooked it slowly with a little salt sprinkled over and then put pan lid on for five minutes so it could steam in it's own juices.  Then I added the cumin and sauteed them together and then the lentils, stirred them well into the spice and onion mix and then finally stirred in the water.

This will be blitzed once it has cooked long and slow. 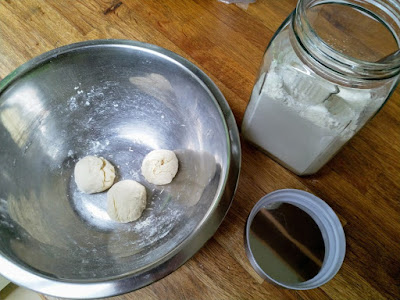 Then while the soup was cooking I weighed out 50g of my plain flour, added a pinch of salt and enough water to make it into a dough.  This was very briefly worked before being rolled into three little balls, these are currently resting in the fridge until dinnertime when they will be flattened and cooked in a little of my oil to be served for dunking into my Lentil Soup.

I think I will write all my very basic recipes down as I do them to compile into my own little Ration Challenge recipe booklet for future reference. 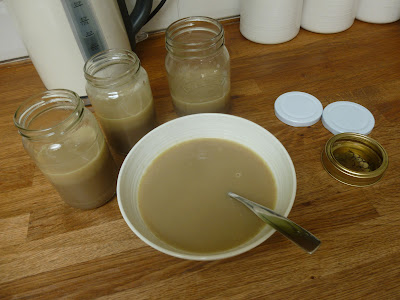 While I was typing all this the soup was ready, so I quickly whizzed it up with my stick blender and divided it into four portions.  One in a dish for lunch today and the other three portions shared equally between jars to refridgerate and take to the Van with me later.  All I can say is thank goodness for my salt allowance as without any salt this would have tasted as beige as it looks!!

Here is the link to MY PAGE so you can see my current fundraising total and perhaps make a small donation yourself.

I've done wonderfully well with the fundraising thanks to family, friends, blog readers and fellow bloggers, and I would like to thank you all from the bottom of my heart for the wonderful support you are showing me.