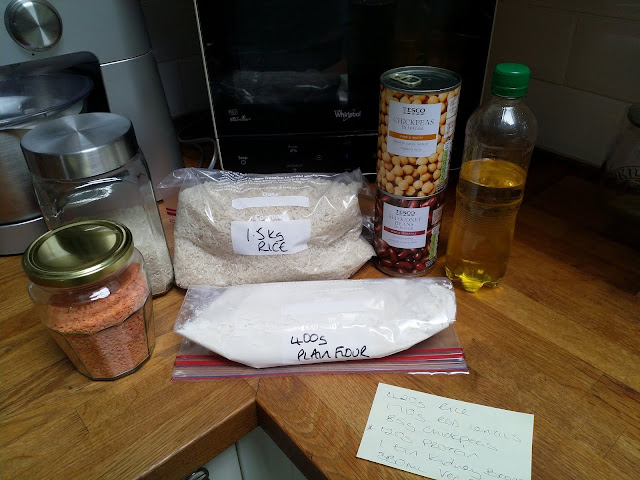 I registered to take part in the Ration Challenge just over a week ago, and as there has been lots of people joining up they have a backlog of packs to make up and get posted out.  So rather than sit back and just wait I thought I would make up the equivalent amounts of everything from the jars a home to try out a few recipes.

If I had thought of this earlier I would have told them not to send me a pack at all but instead use the pack contents to help make up another larger actual refugee pack,  and I could have shopped my own cupboards for the supplies I needed for Challenge week.

Perhaps this is something for the organisers  to pick up on.  All over social media there have been criticisms over the food being sent to participants.   Next year they could perhaps reward participants who supply their own food with the ability to include an extra ... maybe another spice, a vegetable or piece of fruit.

My own opinion at the moment is that getting pack will encourage more people to sign up, get sponsorship and raise a lot more money than simply sending people a shopping list would. 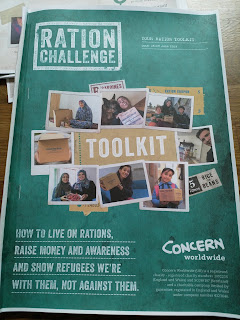 There was an exact list of the food you get for the week in the downloadable Toolkit book, which I printed out.

You also get two coupons to represent the vouchers a refugee family would be given to buy a full bag of flour and a sack of rice from the shops local to the camps.  As participants in the Challenge are doing this for just one week, our coupons are to remind us to buy ourselves ... 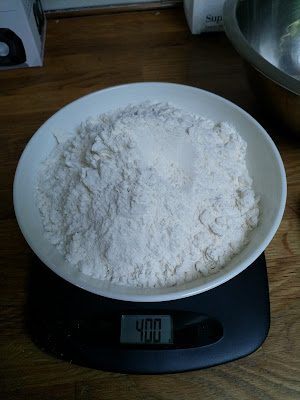 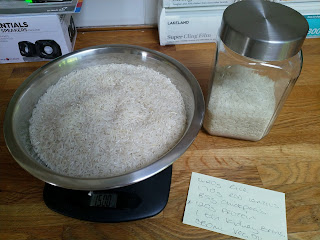 The rice in the jar is equal to the amount that will come in the ration pack. 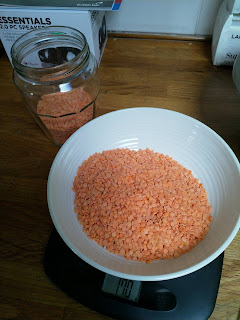 As I don't eat fish I am allowed to swap my 120g can of sardines for the same weight of an alternative protein source.  I think in camps this would most likely usually be extra lentils or chickpeas,  so I chose more lentils.  I was thinking I could perhaps make some soup with some of them. 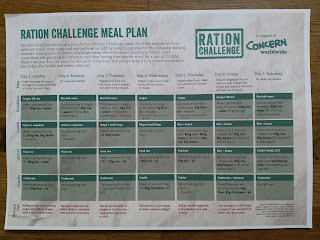 Included with all my challenge information was this Meal Plan, so I think while I'm having some time at the Van I could try out a few of the recipes to see how it pans out.

Thank you so much to all of you who visited my Ration Challenge page after yesterday's post and sponsored me with some astonishing amounts.  Every penny and pound is very gratefully received and goes immediately to the charity.

You can find my page here if you want to sponsor me keep up to date in how the Challenge and sponsorship is going.