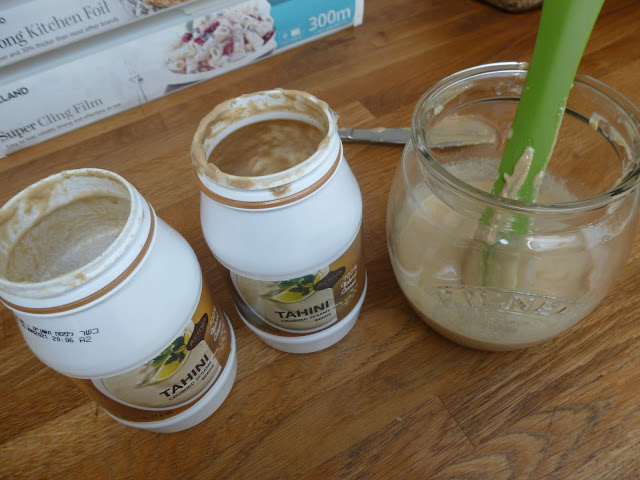 Looking through the cupboards I realised that I had the Tahini from the Van and the Tahini from here in Wales both only half full.  It seemed a silly waste of cupboard space and as I'm sure they were of a similar age I decided to decant them both into a glass jar.

Gosh it's sticky stuff to move around, as bad as peanut butter, which is what it is very similar too.  I got it everywhere … but licking my fingers was tasty  😄 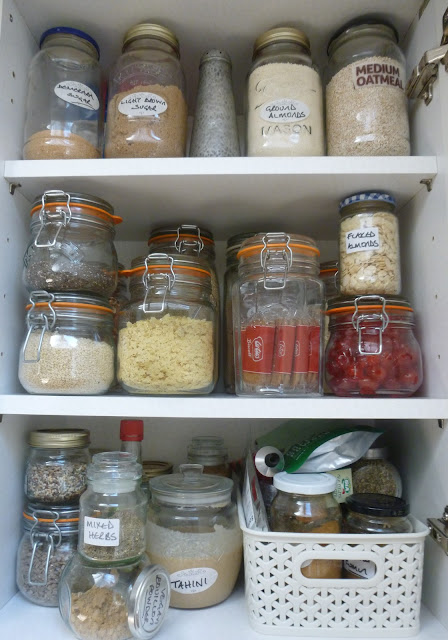 NOW  is a perfect time to bring that nonsense to an end!! 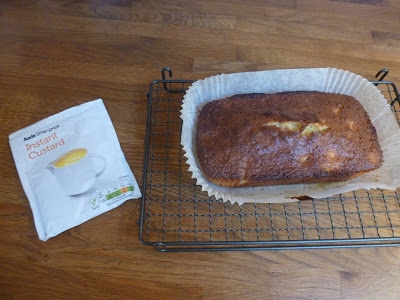 I had a very black banana on the worktop, so black that I think usually the chickens might have had a treat ... but not this week.  I mushed it up and added it to some flour, sugar, Flora and apple sauce and some of the Glace cherries from the jar in the cupboard and made a quick banana loaf.

Alan had some with custard for his supper and I had a couple of slices with my last coffee of the day.  There's just about enough left to repeat the supper again tonight, even after Alan had two slices with his mid-morning cup of tea.  The only drawback to making this is that it's made us both crave even more home-baking.

I will have to check the cupboards for all the other ingredients I can make use of, well at least it will start to empty those jars!!