Finishing off Challenge Four - Down to Basics 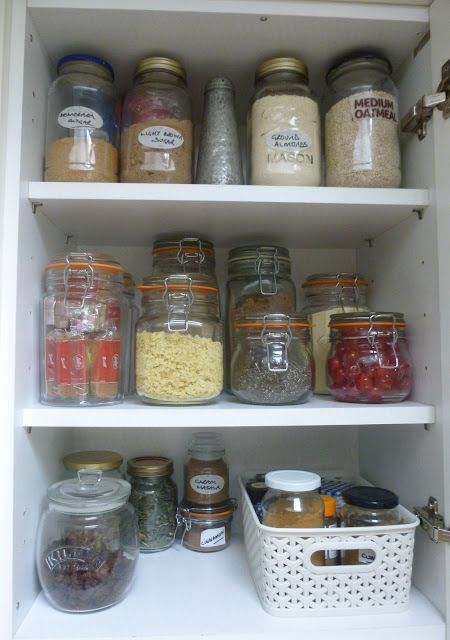 I didn't realise until the other day that I had never really ended Challenge Four - Down to Basics.  It was interrupted for a very good cause ... the Ration Challenge ... and then never returned to.

So I'm here today to bring things up to date.

These photos are of the cupboards in our Welsh home, as you can see much emptier, neater and slightly re-organised.  As we ate from the various cupboards and spaces appeared I took the opportunity to put like with like, to actually get rid of some very old foods that were seriously out of date and of no use to anyone, and to generally have a bit of a re-jig of the kitchen.

The top photo is my cupboard of jars, it 's always been a bit of a mish-mash, but now it is a slightly more logical one and it now also holds all of our the spices, mostly in the basket. 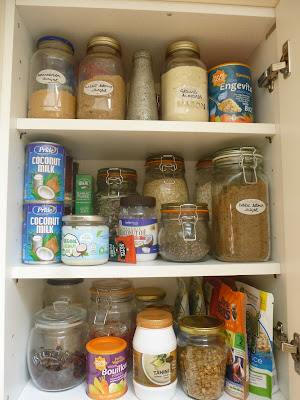 This is how it looked back in June. 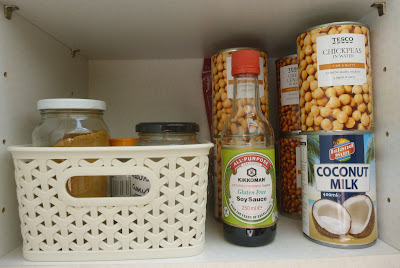 This was my shelf of spices in the 'medicine' cupboard, now the medicine cupboard is just that ... and these things are all relocated into other cupboards.  Spices into the top photo and the tins into the one below. 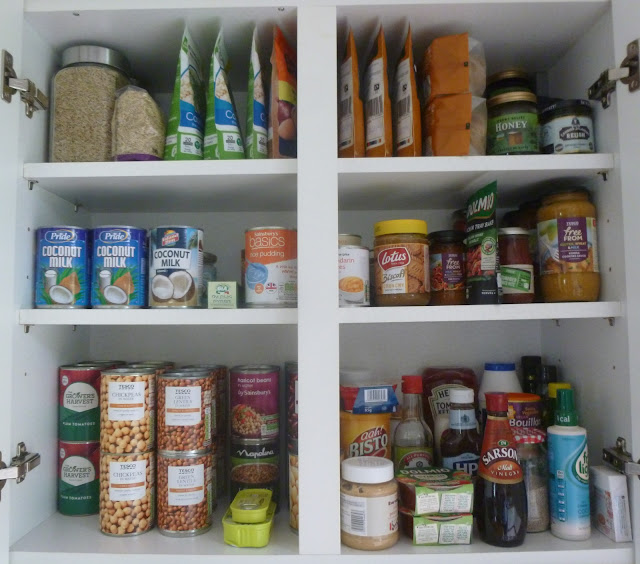 This now contains all our condiments and all the tins of food.  Refreshingly there is nothing hidden behind the row of various packets of rice, noodles and jars of honey on the top shelf ... just empty space. 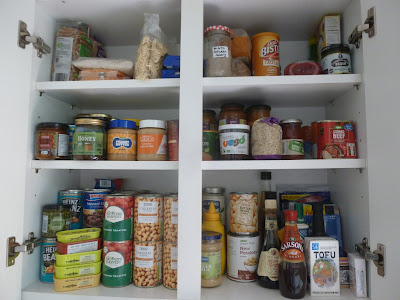 So it's not really emptier now, just more logical and with like grouped with like.  It also makes knowing what I need to buy when out shopping a lot easier, as even just a quick glance at this photo tells me I have four cans of tomatoes left and once I use two of them it will be time to stock up again. 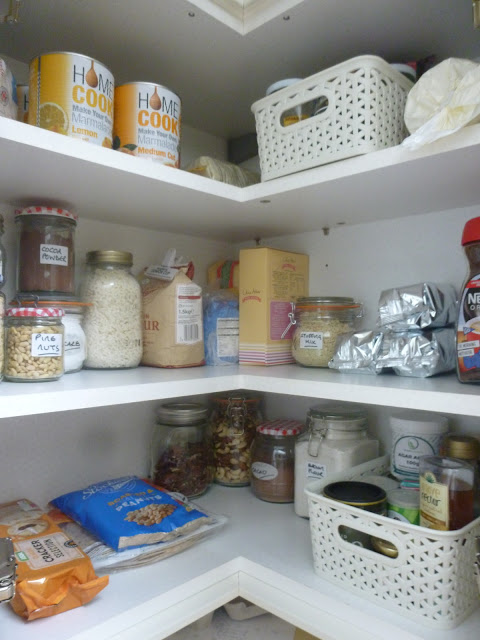 The 'baking' cupboard as it looked this morning ... 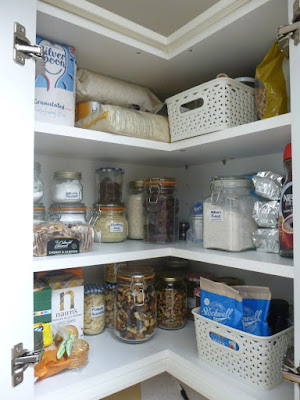 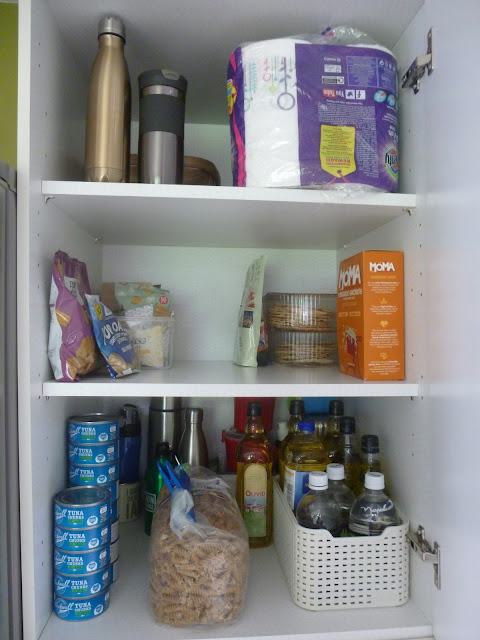 The tall larder cupboard this morning ... 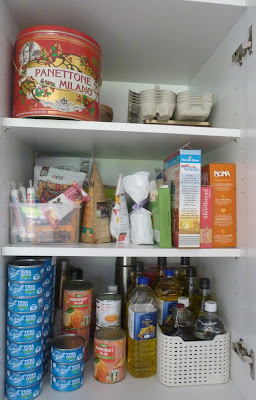 Not so many snacks, treats and sweet things as I just don't eat them at the moment.  There will always be lots of tuna in there as it's Ginger's staple diet ... bloody fussy cat!!

So you can see we have been gradually eating our way through the extensive stores even if I haven't been blogging about it.  I always hold myself accountable to myself before anyone else.  So if I start something I do try and see it through.

I am on the verge of trialling a whole new and simpler way of shopping and eating with a limited number of foodstuffs but have been taking the time to see if this is viable or am I challenging myself a step too far.

Email ThisBlogThis!Share to TwitterShare to FacebookShare to Pinterest
Labels: Cupboard photos, Down to Basics, End of Challenge Round Up